Concert documentaries usually follow two templates.  One involves a straightforward rendering of the live show which gives the viewer an authentic feeling of being in the audience, sweating along to the music but avoiding the crowds and ear-splitting volume.  The other typically intersperses live tracks with “fly on the wall” treatments of backstage shenanigans, travel tedium, or internal band strife.   There are pros and cons to both; sometimes it’s extraordinarily insightful to see glimpses into the underbelly of a rock tour, other times though, it’s a drag and one just wants to get back to the songs.  Some artists’ work though is more layered and is deserving of a more comprehensive undertaking.   David Byrne, never one to abide by guidelines, is one such artist and his recent film release, Ride, Rise, Roar delivers a healthy balance; satisfying the desire to see the live performances, but also offering a close inspection of the proceedings that make his live shows so arresting.

Ride, Rise, Roar documents Byrne’s ambitious 2008-2009 tour, undertook in support of his Brian Eno collaboration, Everything That Happens Will Happen Today.  Rather than hitting the road in typical band fashion, Byrne teamed up with choreographers Annie-B Parson, Sonya Robbins, Layla Childs, and Noemie Lafrance and created an eclectically wild mix of a stage show, falling somewhere between a Broadway production and a pop music celebration.  Byrne’s songcraft has always lent itself a cinematic quality and anyone who has seen the Talking Heads’ legendary concert film, Stop Making Sense can attest to Byrne’s penchant for the arcane.  Here, Byrne, his backing musicians and singers, and a crew of dancers all parade around a bare stage dressed identically in white.  As Byrne performs his set list, heavy on the new tunes but generous enough towards his back catalog, all sorts of different dances and interpretations go on behind him and across the floor of the stage.    Office chairs are creatively incorporated during “Life is Long”, dancers sway back and forth like sensual marionettes during “The Great Curve” and Stop Making Sense’s famous running in place antics are re-created for “Life During Wartime”.   Best of all, Byrne is joyously in the middle of it; very much the dancer as opposed to a front-man distancing himself from the proceedings.  He may have composed the songs and his name is the main draw but during the 90-minute course of the show, Byrne is very much just part of the crowd.

Each song is broken up by black and white shorts explaining the vision and evolution of the tour.  Here, we see the musicians and dancers sweating away in a dance studio, going over chord changes, and ironing out the various kinks that accompany performances of this detail and magnitude.  These glimpses prove to be equally as entertaining as the polished product on stage as one can see the clear vision Byrne brings to his work and the talent that he surrounds himself with to complete the process.  Although his lyrics are often enigmatic, the musical accompaniments are often mesmerizing and enchanting, yet open to various forms of interpretation.  Here, the dancers bring the songs to life, giving them the striking visual features they demand.  Brian Eno, who finally appears in the studio with Byrne towards the film’s end, sums it up best, admitting that neither he nor Byrne particularly think much about the words: “People never ask you what music means.   They never say, ‘You know that place where you go from A-minor to F? What’s that mean?’  (People) don’t think that has to do with meaning.”  What Byrne continues to prove throughout his utterly distinctive career is that the music and its presentation can be just as important as the words.  This tour is a great illustration of that philosophy. 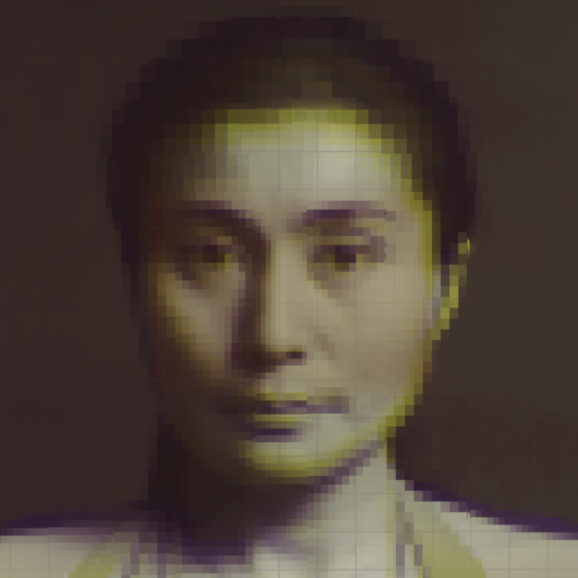