Ben Gibbard has one of the most unique voices in the music industry. He also has one of the most ambidextrous bands that have come out in many, many years. Never have I seen musicians jump from one instrument to another, at times in the midst of a song, and never cause a hiccup in the flow of the tune. It just amazes me how they go from one melodic turn to another and then back into some sort of transcendental metal fusion of alternative and rock and a perky Irish jig.

“We’re glad to be back in this wonderful town playing you some songs,” Gibbard announced before stepping into “Doors Unlocked & Open” from their latest album Codes And Keys. And non-stop playing they did. From the opening psychedelically hypnotic chords of “I Will Possess Your Heart” to the last jangle of “Transatlanticism”, Death Cab For Cutie were spewing intelligent rhapsodies of love, life and the power of the human psyche. It was a concert of excellent musicianship and tantalizing mood swings.

Death Cab has perfected the nuance of seductive annihilation. “I Will Possess Your Heart”, “Cath” and “Long Division” stroked the membrane, while “I Will Follow You Into The Dark” was a mesmerizing lullaby with Gibbard standing on the stage alone with his acoustic guitar, pouring his soul out on a blue-lighted stage. Even then, he could not stand still. At times, like on “We Looked Like Giants” and “The Sound Of Settling”, it was like he was an ADD moth teasing a flame.

The Scottish band Frightened Rabbit opened for DCFC, playing about nine songs, most memorable being “Swim Until You Can’t See Land”. Vocalist Scott Hutchinson has a nice voice with hints of his accent shinning through to give their songs that touch of uniqueness so many bands fail to have in this day of hundreds of same-old-same-old. Having been around since about 2003, there were plenty in this crowd dancing and singing along to the songs. Death Cab even dedicated their “We Looked Like Giants” to their opening act, in probably their best most spirited song of the night.

Joking often with the fans, Gibbard suggested that they should “always check YouTube before you come to the show” so you can stand in front of your favorite band member. To those off to the front left of the stage yelling out to the lead singer, he told them, “Nick is much more attractive than me”, referring to bass player Nick Harmer. While praising the venue for being four-walled and roofed with AC, he shared, “Isn’t it nice to be inside. We’ve been playing shows on the East Coast and it’s been fucking hot”. And when introducing “A Movie Script Ending”, he described this as “a song about where we came from … not like babies but as a band”.

There were times when I thought the band was going to spiral out of control at any minute. “The New Year” showed hints of rocking out, as did “The Sound Of Settling” and “You Are A Tourist”. But “We Looked Like Giants” took the prize with it’s spasmagoria of a drum jam. While the song was playing, a drum set was being set up in front of Jason McGerr’s kit and then BOOM, Gibbard was pummeling out a death star shoot out with his band mate. A definite highlight that raised the band above and beyond the straight intelligentsia and into the rock & roll hemisphere.

To experience Death Cab For Cutie live is an experience all it’s own. There is probably no other band out there that comes close to their soulfulness, the way they capture a mood, and the sheer versatility of their musicianship. 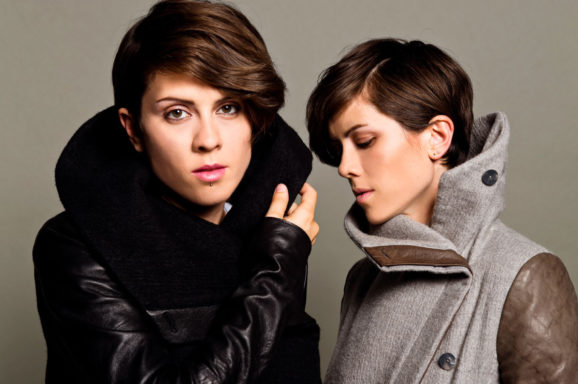 All Messed Up: Tegan and Sara On Success and New Album Heartthrob 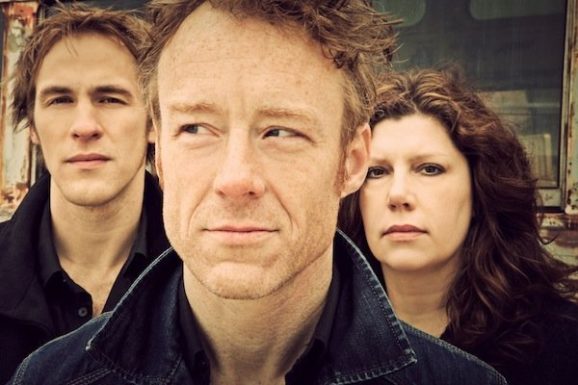 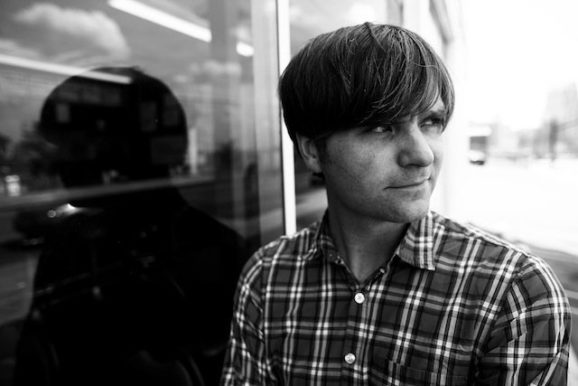