Following 2006’s full band studio effort In The Eyes of Strangers, Melissa Ferrick hit a major writer’s block for a period of eighteen months. For an artist whose catalogue counts 150+ songs and over a dozen albums, such an abrupt and intense interruption can be crippling. 2008’s Goodbye Youth (one of her most immediate and brilliant records) featured tracks written before 2006 in a stripped-down acoustic setting, where the rawness and sheer force of the work burst forth and was utterly disarming. Songs like “House on Fire,” “Bad Habit” and her mesmerizingly sober take on Bush’s “Glycerine” hold up among the best in her career and further demonstrate Ferrick’s ability to tap into the darker sides of her psyche to produce excellent work. Still, these songs were many years old by the point of commercial release, and so even with 2010’s frustratingly mediocre stopgap covers record (Enough About Me), five years passed essentially without new material from Melissa Ferrick– unheard of for such a vibrant and prolific songwriter.

The song that finally broke through the writer’s block was “Headphones On,” the second track on Ferrick’s newest album, Still Right Here, out this week on MPress Records. She starts by singing, “When it comes right down to it / I’ve got nothing to report / Nothing you haven’t been through yourself / Just life, and life hurts.” Choosing to focus on a simple, straight-forward approach to encapsulating her life and recent experiences proved successful, as it opened the floodgates for new work to come pouring in. “Headphones On,” though, is clearly the winner of the bunch, blending a positively unforgettable melody with the type of hope-through-melancholy lyric writing that trademarks Ferrick’s best songs. Throw the electric guitar expertise of Kaki King in the mix with Alex Wong’s adept production skills and not only do you have a hit, but you have a song that signals Melissa Ferrick’s continued relevance to the musical generation she’s helped define and redefine time and again.

Perhaps it’s her insistence on her happiness and contentedness with this point in her life, but something does feels like it’s missing from Still Right Here. In no way should she be penalized for being joyful– that’s exactly the sort of ridiculous criticism that unfortunately follows artists who are adept in sculpting woe into something compelling. But, there isn’t the same weight in these songs as seen on Goodbye Youth or 2004’s haunting, elegiac and exceptional The Other Side. Instead, these tracks feel too literal for Ferrick’s aesthetic. “I Will Back You Up” is a standard anthem declaring unending support for somebody loved, but its reliance on cliché is bland and, despite its musical peppiness, deflates the song. Also, “One of a Kind” explores a fascination with uniqueness, claiming, “But lightning does strike twice / People fall in love all the time / We are not defined by a price / ‘Cause everybody is one of a kind.” The construction of the piece from an instrumental perspective is lively and engaging with great guitar and a striking melody, but the lyrics are so trite and recycled that it becomes filler.

In promoting Still Right Here, Ferrick has claimed that she feels the album is her strongest across her entire catalogue because she really delved into the craft of songwriting. Editing songs again and again, writing bridges and zooming in to make sure each track was perfected are all respectable methods in polishing new material; however, maybe it’s this preoccupation with being correct that makes this album not as convincing as some of her previous work. Ferrick has always been fearless in her songwriting manner, which lent an immediacy and intensity to her work but also produced quite a few half-baked byproducts. In an attempt to remove those blunders, Ferrick has also somewhat fumbled her knack for tapping into the heart of the matter, so many of these songs don’t quite reach the highs of songs like “Anything Anywhere,” “Everything I Need” or “Win ‘Em Over.”

Thankfully, for the songs that miss the mark, there’s plenty to supplement that does strike a chord and resonates. Opener “Still Right Here” once again highlights Alex Wong’s talented production ear, balancing a wide range of instruments into a cohesive sonic narrative. Propelled by Chris Kuffner’s rhythmic bass, “Still Right Here” is a rollicking, exuberant three minutes of classic Melissa Ferrick that still feels fresh. “Seconds Like These” and “Weightless and Slow” reveal that Ferrick has also lost nothing in performance and production talent, as she plays every instrument (and does so quite well) and approaches the production with thoughtful cleverness. The former features a chorus built around a wall of “ohhs” that puts Ani DiFranco’s minimal backup on “You Let Me Be” to shame, and is definitely one of the most singable moments of the album. And no review would be complete without mentioning “Checking In,” a gorgeously unadorned ballad interweaving Ferrick’s voice and acoustic guitar with Richard Gates’ sensitively restrained bass. It’s tough to say that the song denotes Ferrick’s songwriting maturity more so than previous musings on unrequited love, because since the early 90’s she’s written with a razor-sharp eye regarding open-hearted honesty. The fact that “Checking In” then conjures such a strong relationship with these other other works is testament to its artistic strength.

It’s remarkable in and of itself that Melissa Ferrick has survived the music industry for over twenty years, after being dropped from a major label, self-releasing records for ten years and generally being one of but a few singer-songwriters from the 90s who keeps getting back up for the fight. Her earnest passion for her music and the potency and ferocity of her live performances continue to thrust her forward, and while her albums do play a bit of catch-up to her talent, they’re still worth having. Still Right Here fits nicely into her catalogue and reminds listeners why Melissa Ferrick is such a venerable force in the music industry, and, despite some missteps, it’s a fine work from a wickedly gifted artist. 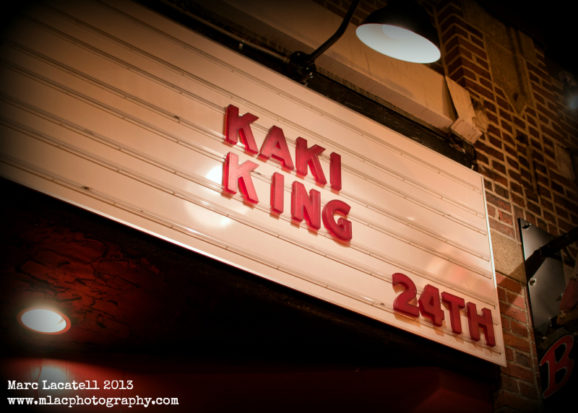