Grayson Capps: The Lost Cause Minstrels

With his newest release – The Lost Cause Minstrels – on the Royal Potato Family label, Grayson Capps takes his music in a new direction.  Having lived in both New Orleans and Nashville, the Alabama native recently returned home and seems to further embrace his roots. Forsaking his longtime backup band, the Stumpknockers, Capps chose members of a nearby Mobile band, Kung Fu Mama, to back him on this recording. These guys have the feel for the countrified groove Capps is after, a similar path taken by previous southern rockers. Capps seems to have found some domestic tranquility, no doubt aided by the move to Alabama with his partner, Grammy winning producer and engineer Trina Shoemaker, who produced and sings backup on the album.  Shoemaker’s voice and production is especially evident in the simple beauty of “Yes You Are”.

At 44, Capps is coming to terms with his place in life, physically and musically. The opener “Highway 42,” provides an appropriate metaphor for this contemplation. Named for the age he was when he wrote the composition, the singer finds himself on that road, singing “Let go of the future, let go of the past, put gasoline on the present, have yourself a blast. Me I got to reevaluate my mind, the wrong ways of thinking made me damn nearly go blind.”

Capps seems to be taking stock of where he is, where he’s been, and where he wants to go in the future,  content with further solidifying the ground where he’s at, as he told one interviewer, “as far…as trying to be a star, I’m done with that”. Later, In “Jane’s Alley” he offers “I’ve seen better days, but I’m putting up with these”.

Musically he’s not breaking any new ground here, perhaps deliberately trying on the tried and true country and rock formulas as a way of bringing his thoughts together as on “Coconut Moonshine” which relies on a heavy Bo Diddley backbeat and a Delbert McClinton vocal.   The Taj Mahal penned, “Annie’s Lover,” is given a little country two step with some Nashville jug band flavor thrown in for good measure. The Lost Cause Minstrels point to promising directions for Capps’ musical future, far from being the lost cause of the album’s title. 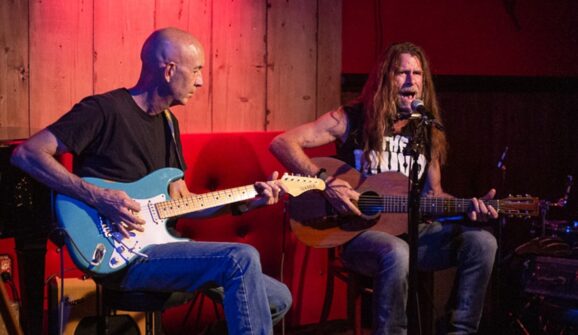 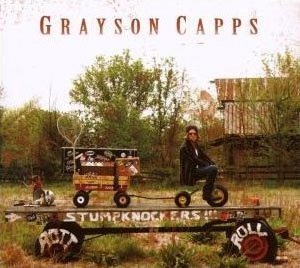