The 2011 Popped! Music Festival seemed to be headed for disaster before it even began. Planning a grand return after scaling down considerably in 2009 and not being held in 2010, the festival was originally slated for South Philadelphia’s FDR Park– an outdoor venue that would accommodate three stages (two for music, one for comedy), a food bazaar, local merchants and all the other amenities and extra entertainment experienced festival-goers expect. However, heavy rain and the risk of flooding forced a last minute venue change to Temple University’s Liacouras Center, cutting the event down to one giant arena stage with no room for comedy or food offerings beyond standard stadium fare. Ultimately, the reduction to one stage may have been quite fortuitous, as it led to bands delivering tighter, more energetic sets to a larger audience, thereby putting the focus for the weekend squarely on the music.

The crowd was late to arrive on Friday night, with The Hold Steady being the first act to have an audience large enough to make the floor seem crowded. Their set actually started ahead of schedule, a definite rarity for festivals, leading to many fans streaming in after the band kicked things off with “Constructive Summer.” Their set stayed high-energy throughout, drawing mainly from their 2006 breakthrough Boys and Girls in America and the singles from last year’s Heaven is Whenever, and Craig Finn proved an able front man, keeping the crowd involved and staying strong vocally, despite some technical issues. “Stuck Between Stations” was the obvious audience favorite, and it was tightly performed with enough hints of Bruce Springsteen that the song and band didn’t feel out of place on the arena stage.

Elbow followed, playing their first ever show in Philadelphia after over twenty years of being together. The set drew exclusively from the band’s new album Build a Rocket Boys! and its Mercury Prize-winning classic The Seldom-Seen Kid. Although Elbow attempted to infuse their set with a harder edge during “Grounds For Divorce” and swung for anthem rock with “Open Arms,” the best moment of their performance (and perhaps all of Friday) came when they stripped things down to just keyboards and Guy Garvey’s stirring vocals during the hushed “Lippy Kids,” which managed to stay intimate and beautiful despite the cavernous setting and audience chatter. Elbow’s seven song set was much too short, but served as a good entry point to the band for an audience which seemed largely unfamiliar with them.

Panda Bear proved to be the night’s biggest musical disappointment, performing droning songs which seemed to suck all of the energy out of the crowd. Noah Lennox showed hardly any charisma or personality on the occasions when he wasn’t shrouded in a haze from a fog machine that seemed to work randomly and intermittently. To be fair, Panda Bear’s trippy conceptual music probably would have never lent itself well to a festival stage and the band was ill-served by the line-up/venue changes, but that doesn’t excuse a performance that was simply lackluster.

Luckily, Cage the Elephant started their set off with a bang, immediately creating a more raucous mood befitting a festival and quickly running through crowd-pleasing singles “In One Ear” and “Aberdeen.” Lead singer Matthew Shultz stalked the stage, diving into the crowd on multiple occasions, giving the performance a hint of punk attitude, even if the band’s music is largely influenced by classic rock and 90’s alternative. Cage the Elephant has been running the festival circuit for a few years now, and it shows in how loose the band is and how quickly they work to get an unfamiliar audience involved and dancing. When the set ended with Shultz standing on top of the crowd, the band’s triumphant attitude was well-earned.

The headliners and stars of Friday were still to come, though. The Shins kicked off their set with two faithful renditions of old classics “Caring Is Creepy” and “Australia”. Despite the band’s new line-up, most of the songs hewed close to their recorded versions and the hour long set featured all the major hits and notable tracks in the band’s discography. Time away from the stage has not toned down James Mercer’s herky-jerky performance style, which remains enjoyable to watch but felt a bit too sedate after Cage the Elephant. Two new songs, “Bait-and-Switch” and “Marissa,” were enjoyable enough but didn’t present any real evidence of musical growth since “Wincing the Night Away.” The former did present one of the set’s most satisfying build-ups, though, as did a slightly reworked “Kissing the Lipless.” Most of the crowd was there for the obvious though: “New Slang”, which the band delivered in perfect form before closing with “One By One All Day” and sending the crowd home happy, even if there was no encore due to time constraints.

THE SHINS: BAIT AND SWITCH (Live at Popped! Festival 2011)

The first standout performer on Saturday was Charles Bradley, who released his first studio album on Daptone Records at the age of 62. His performance had an energy that put the vast majority of young performers to shame though, evoking James Brown (with all the microphone tricks, dancing and grandstanding that implies) and showing that his sobriquet of “The Screaming Eagle of Soul” is no joke. It was obvious that the vast majority of the audience had no idea who Bradley was at the start of his set, but from the first dance break and horn solo, they seemed utterly entranced. Despite his age and years of performing, Bradley’s wails and screams have lost none of their power, and his ample band (partially made up of members of The Budos Band) managed to move the crowd for the entire set. He was certainly one of the festival’s surprise highlights.

Sandwiched between Titus Andronicus and Kreayshawn, hip-hop legend Rakim was poorly placed in the day’s line-up. Sound issues forced his set to be cut short, running under a half hour, forcing Rakim to engage in tired call-and-response crowd banter that felt half-hearted on the part of both performer and audience. He wisely focused most of his set on the Eric B. and Rakim songs that made him an icon (and a Rock and Roll Hall of Fame nominee), but he got little love or recognition from the largely college-age crowd who were waiting for the next big thing.

That “next big thing” was, of course, Kreayshawn, who has skyrocketed to prominence on the back of “Gucci Gucci,” an undeniably catchy tune. But with this show, one of her first festival performances, Kreayshawn needed to prove that there was more to her than just a viral hit and a few snappy comebacks. Judging from this show, there isn’t much to Kreayshawn besides a bratty attitude, which can be appealing in small doses but grew tiresome over the course of her set. She was obviously the most divisive performer of the festival, being the only act to attract a significant number of boos, and everything about her was messy to say the least; however, there was still a spark of stage presence there. With a lot of work, Kreayshawn could develop into a decent act, but she’s not there yet. That said, it’s still rough to see someone get booed when they try to get a crowd to wish them a “Happy Birthday.”

The Popped! Festival may have been Foster the People’s third Philadelphia-area show in just six months, but the crowd (which had now grown large enough that the upper levels of the Liacouras Center were opened for the first time of the festival) was still ravenous for their performance. Despite the band’s relative youth and inexperience, they delivered a tightly polished and high-energy set that marked them as a band to watch even after “Pumped-Up Kicks” (which predictably was the set closer) has faded from the airwaves. Foster the People’s semi-electro dance-pop sound has garnered comparisons (both favorable and unfavorable) to MGMT, but Foster manages to translate their record live in a way that intensifies the joy in the songs without making every song sound the same, like MGMT does live. When Mark Foster would sit at the keyboards and go into his upper range, it called to mind a more radio-friendly Passion Pit while the guitar-based songs felt reminiscent of Phoenix. “Life on the Nickle” proved to be a surprise highlight, with pounding drums perfectly reinforcing Foster’s falsetto coos. “Broken Jaw” served as another strong point, with an extended dance break that gave the band time to cut loose and a build-up that made the song’s final wails of “I don’t know” feel cathartic. Although they may not be the most unique or innovative band around, Foster the People have refined the indie dance-pop sound in a way that leads to an exciting and rewarding live experience.

At this point, most music lovers have made up their mind one way or another on Girl Talk. But no matter what you think of the studio albums, a Girl Talk live show is a different animal that is definitely worthy of experiencing. The sea of dancers onstage provided some of the best people-watching opportunities at the festival, while the confetti, toilet paper guns and giant balls thrown into the crowd give plenty of extra fun should a particular mash-up fail to excite. The set featured a fair amount of material not on the All Day album, but Girl Talk mastermind Gregg Gillis seemed to eschew current hits in place of pumping the set full of more classic rock moments. The one misstep in the set was a “Bad Romance”/”Thriller” mash-up that Gillis cut short almost before the audience could respond, but a Girl Talk show is more about an overall vibe and feeling as opposed to specific mash-ups, which come so quickly, making it difficult to remember what happened two minutes prior. Girl Talk’s shows exist to provide an opportunity to have some un-self-consciously goofy fun and revel in the excitement and happiness that music of all kinds can bring. That objective was certainly achieved at the Popped! Festival.

Pretty Lights may seem to have a lot in common with Girl Talk on the surface, considering both are DJ acts who build their songs off samples from a variety of genres, but the similarities end there. The most impressive part of Pretty Lights’ set was the imposing stage set-up, placing the DJ high above the crowd on a giant platform built out of over thirty LED screens and surrounded by pillars of lights. The warmth and joy of Girl Talk was replaced with punishingly high levels of bass and pounding repetitive dubstep beats. A shorter set would have served Pretty Lights better because while he is good at what he does, it just isn’t something that could sustain interest for an hourlong set.

Despite a lackluster ending, the Popped! Festival overcame a large number of difficulties to provide Philadelphia with an enjoyable, if non-traditional festival experience. It may pale in scope to festivals like Lollapalooza, Sasquatch or Outside Lands, but this year’s show proved that Philadelphia can make a festival work. Hopefully Popped! will continue to expand, bringing more young and innovative acts to town and giving Philadelphia a festival to be proud of. 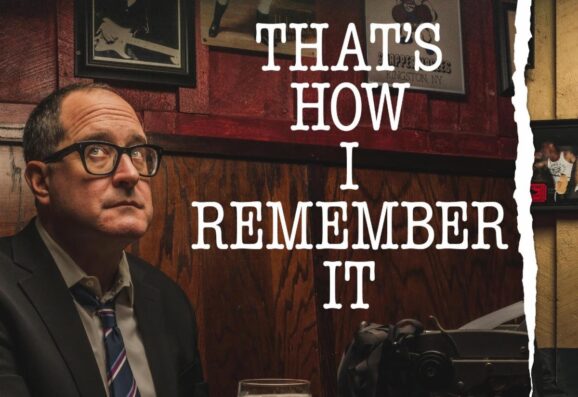