Following their headlining slot at San Francisco’s annual free festival Hardly Strictly Bluegrass, Gillian Welch and Dave Rawlings took the stage at the historic Fillmore Auditorium to rapturous applause. Announced merely ten days before the show, the venue was filled with fans who have anxiously awaited Welch’s comeback following an eight year lapse in releasing music. Thankfully, her return with this year’s The Harrow and The Harvest quieted any voices of distress that she’d lost her edge, and stands as one of the most accomplished and illustrious releases of the year.

While they’d played to countless thousands on the Banjo Stage Saturday night, their show at the Fillmore, which clocked in well over two hours, was the real gem of the weekend. They divided the night into two sets, covering all eras of Welch and Rawlings’ musical history. Before they could even launch into their first song, though, the audience chanted “Happy Birthday” to Gillian, commemorating the event as she took the stage. She burst into a wide grin, and proceeded to tell the crowd that in every year she’d played the festival on her birthday, it had never been formally acknowledged, and so she was thankful to share her special day with a clearly fervent group of fans. She and Dave then opened with “Orphan Girl,” a song from 1996’s Revival, which has been extensively covered by luminaries such as Emmylou Harris and newer bands like Crooked Still and Horse Feathers. Welch’s version is a slow ballad that could easily be a folk traditional that has existed for hundreds of years. It’s a testament to the timelessness of so many of her compositions.

They then dug into the newer material with uptempo “Scarlet Town.” It’s a tune that features Dave Rawlings impeccable finger picking while Gillian’s lyrics travels into more sinister and caustic territories. The way they harmonize in the chorus, slinking and lugubrious in their sneer, was especially captivating, singing, “Look at that deep well / look at that dark ray / Ringing that iron bell in Scarlet Town today.” Next, they dug into 2003’s somewhat erratic but definitely absorbing Soul Journey, Welch’s last album until this year, for “Make Me A Pallet On Your Floor.” It’s a traditional folk ballad sung by a cadre of folk artists, such as Jelly Roll Morton, Odetta, Bob Dylan, Lucinda Williams and Willie Brown, but Welch draws on Doc Watson’s version to recast her own telling. In fact, the lyrical kinship between “Scarlet Town,” where she sings at the beginning, “Well you slept on a feather bed / I slept on the floor” and the following “Make Me A Pallet On Your Floor” was clever and subtle.

Halfway through the first set, Welch and Rawlings brought out Nate Walcott (of Bright Eyes) to play trumpet on a few songs. Walcott is a close collaborator of the two, having played organ and trumpet in the Dave Rawlings Machine. While it took him the entirety of “Good ‘Til Now” to get his sea legs, he played “The Way It Will Be” with thoughtful timing, judicious punch and a beautifully warm timbre. In fact, Walcott’s addition revealed many of the jazz and blues undertones of multiple Harrow And The Harvest songs, especially “Tennessee” and “The Way It Will Be.” When he came back out in the second set and encore, he was decisively looser and engaged, but even so his supplement throughout the evening to Welch and Rawlings’ acoustic bent was quite delightful.

It’s difficult to pinpoint plenty of upbeat songs in Welch’s catalogue. She often writes work that is sparse, slightly austere and with plenty of space, and when describing the newest record, she jokingly refers to it as “ten different kinds of sad.” While that is certainly her tendency, when she and Dave picked up the beat and played Time (The Revelator) favorites “Elvis Presley Blues” and “I Want To Sing That Rock And Roll,” they were visibly enjoying the rapturous response from the audience, who sang along and tapped both feet with glee. Surprisingly, one of the biggest sing-a-longs was newer single, “The Way It Goes.” Earlier in the show, an eager male fan bellowed out, “Love the new album!” which received wild applause, and this turned out in no way to be lip-service. Indeed, the crowd welcomed the nine new songs with excitement and enthusiasm, either quieting completely for a heart-wrenchingly beautiful take on “Hard Times,” the joyous clogging ditty “Six White Horses” or downtempo “Down Along The Dixie Line.”

The second set was slightly more relaxed, focusing often on instrumental solos. “Sweet Tooth” was a fun change of pace and “Wayside / Back In Time” brought to light Welch’s very rare pop leanings, but it was “Revelator” that was the real anchor of the entire evening. It’s long been a beloved song in Welch’s catalogue, but the way she and Rawlings play it now is very much in an Impressionist vein. It’s a long song to begin with, but they played it for just under ten minutes, with Rawlings diving into finger picked guitar solos with abandon and an almost palpable possession. It was riveting and heartbreaking, devastating in its melancholy but soothing in its well-worn round edges of weariness and lament.

The show finished with a somewhat raucous (by Welch’s standards) encore, bringing bluegrass and rock legend Buddy Miller on stage to do a version of his song “That’s How I Got To Memphis.” Unfortunately, it was one of the very few missteps of the evening, and was oddly lifeless, even though Miller had really delivered during Robert Plant’s Friday night set, Patty Griffin’s midday Saturday slot and his own Sunday morning show (all at Hardly Strictly Bluegrass), so perhaps he was just exhausted from all the excitement. Robyn Hitchcock came out afterwards, with charm and a wry wit, having the audience laughing right away. “Candyman” was overlong and dragged at the end, but they were engrossed in the song, which made it worth sticking out. They then closed the show with a sing-a-long of 2003’s “Look at Miss Ohio,” one of Welch’s catchiest songs to date, and it turned out to be a lovely and passionate performance of the piece.

Although the majority of the encore lagged, Welch and Rawlings’ show at the Fillmore yet again showed why they’re leaders of the Americana and bluegrass world. Their songs have an enchanting solemnity, gravity of earthly knowledge and simple chords and instruments that manage to convey a vast spread of emotions and rhythms. They sound at points brand new and others hundreds of years old, and so there is a slight surrealism to watching them play live– as if you’re witnessing ghosts who are playing through ancestral memories. But then Welch and Rawlings will burst into wide grins and hurl the audience back into the present moment, fully aware of the weight but blissful in the release of exquisite song-writing. 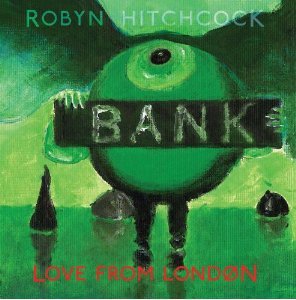 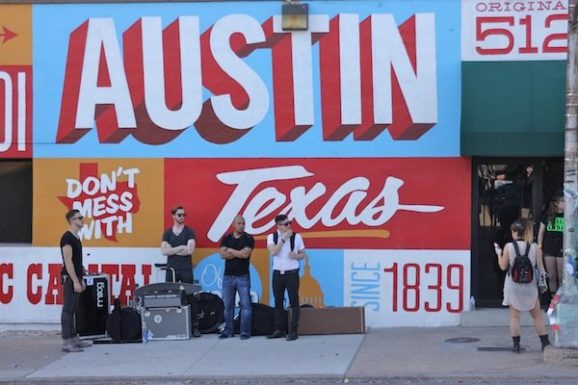