Playing on a Thursday night as a make-up date due to the passing of Joe Elliott’s father, the electricity was humming through the crowd when Def Leppard hit the stage. “Mighty big noise you’re making out there,” Elliott said to their very vocal legion of fans. “We like that”. Elliott’s vocal chords are still amazing and Phil Collen’s guitar is still so fiery you can hear it sizzling as he touches the strings. Allen is supersonic on the drums, never missing a beat to keep the blood pumping, Vivian Campbell is so subtly versatile and Rick Savage has an arsenal of beautiful basses with an unbeatable rhythm. By the time these guys had finished their set, there was still enough energy to keep going another two hours.

So what did the fans think of the concert? Longtime follower Jeff told me that he had seen the band about twenty times over the years and “the show I witnessed was just as good as the first time I saw them back in 1983”. That says a lot for a band who has been around since before the days of hair metal, survived the tragic loss of guitarist Steve Clarke, wallowed in the high of Hysteria and kept their music rocking during the days of grunge while becoming inspired by the spirit of drummer Allen when an accident took his arm but failed to take his heart.

Powerhouse tunes like “Animal”, “Photograph”, “Rock Of Ages”, “Rocket”, “Armageddon It”, “Pour Some Sugar On Me”, “Rock Of Ages,”  “Bringin’ On The Heartbreak, ” “Two Steps Behind”, “Love Bites”, “Hysteria” and “Let’s Get Rocked” were still powerful after all these years, never having lost their vitality.

Collen, especially, was on a heat wave. Sometimes overshadowed in the past by Clarke’s searing talent, Collen’s playing seems effortless, without rock star cockiness. He just plays the hell out of his instrument. Case in point: “Switch 625”, a witch’s brew of atomic guitar that makes you shake your head in amazement, his solo on “Rocket” and his interplay with  Campbell. And when you put an acoustic guitar in his hands to help launch into “Heartbreak” you can feel something new in the air of an old song … before it absolutely bursts into flames in an exciting crescendo.

Opening for Def Leppard on this tour through the states has been the remarkable Heart. Ann Wilson can still hit some high notes, ala “Crazy On You”, and sister Nancy can fire up her fingers on the guitar and rip with the best of all the boys. “Magic Man”, “Straight On”, “Barracuda”, and a lovely version of “What About Love” were spirited while “Alone”, starting off in a slow burn of pining love, exited with a climax of breathtaking notes, slower but just as mesmerizing. But the definite highlights were Nancy alone on her acoustic guitar introing into “Crazy On You” featuring hints of a Zeppelin classic, bass player Kristian Attard going to town like this was the last concert of his life, and a heart-stopping encore of “Battle Of Evermore” and “Love Reign O’er Me”. 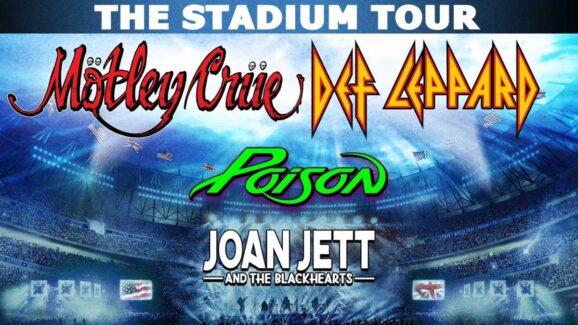 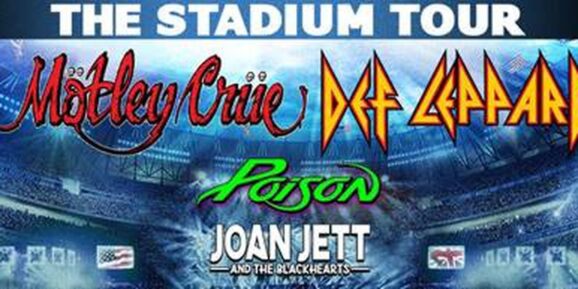