In a few short months, we’ll be entering 2012 and it looks like many of the bands out there touring this fall are stepping up their games and rocking their way through what may be a long cold winter outside but a hot delectable mess of loud notes inside. They are preparing for the end and the beginning at the same time. And concertgoers are reaping the rewards these kick ass concerts are generating.

Witness one little rock & roll band out of New Jersey. No frills, just a few skulls hanging from the mic stand. No flamboyant costumes, just jeans and black t-shirts. No special lights, no special guests, no over-the-top acrobatics to wow you. Just a tall blond guitar player and three rambunctious merry men, who step out onto the stage, hit some gnormous notes and from the get-go sonically boom you into the next stratosphere with solid dirty grinding rock & roll.

Welcome to the world of the Black Label Society. They may look like something out of Sons Of Anarchy but their hearts are pure rock and they are fiercely loyal to their fans, many of whom travel to witness as many shows as possible; one lady in attendance , admitted before the show that she came from Tennessee just to see the band one more time. “It’s like a big family,” bass player JD DeServio told me about the rapport between the band and their fans. Meet & Greets are always friend-making soirees, enabling everyone to get to know each other before the band comes in to mingle.

Opening with a spellbinding “Crazy Horse”, Zakk Wylde in full Indian headdress and killer guitar riffs, his voice often a coiled snake of fire and venom, BLS knocked it up a notch and whiplashed the jam-packed crowd with nothing short of hard rock perfection. Granted, a few people made mention of the vocals being a bit muffled and overpowered by the guitars while others said it was all clear. From my vantage point, it was simply amazing.

Opening for BLS and riling up the crowd was the Texas Hippie Coalition, a no-nonsense rock band with a southern foundation. Guitarist Randy Cooper is a guitar star in the making, with lightening fast guitar strokes and a fiery sense of fretwork while drummer Timmy Braun was going hellbent for leather, especially on the song they dedicated to Dimebag Darrell.

With sweat flying, BLS powered through a setlist of about fourteen heavy duty songs. In fact, they played so hard that DeServio proudly displayed his blister to me after the show. “It was a big blood blister,” the bass player told me a week later, when the band was on the road supporting Judas Priest. “I mean, it hurt. When I saw you then it was killing me but by the next day it felt better.”

But BLS is known for giving 200 % on stage. It’s the way they do things. The band, featuring new drummer Chad Szeliga of Breaking Ben and guitar player Nick Catanese, powertooled their way through a spit-slopping fire-breathing extravaganza of hard rock mayhem, with Wylde conjuring up towering inferno chords on such songs as “Overlord”, “Stillborn”, “Bleed For Me”, “Godspeed Hellhound” (featuring holy shit drumming out of Szeliga) and the out-of-this-world “Fire It Up”; the breath absolutely sucked out of your body in the process.

Another highlight came more subtly. A piano was brought onstage for “Darkest Days” and the band pulled the reins in and with Wylde sitting at the keys, produced a beautifully somber song, catching the emotional intonations perfectly and Catanese having a moment to shine on a subdued but still-lethal lead guitar solo.

Wylde has certainly learned from the best. Having played guitar for Ozzy Osbourne, he witnessed how to do a show and how NOT to do a show and decided that less is definitely more for his band. Putting their talent out front, leaving spectacle in the suitcase backstage, Black Label Society gave the fans just what they needed: a no-holds-barred pure-energy hard-hitting megasaurous of a rock show. 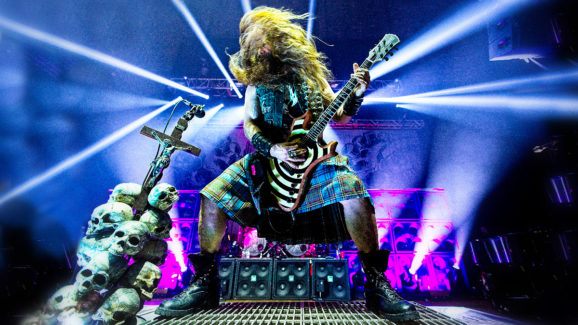 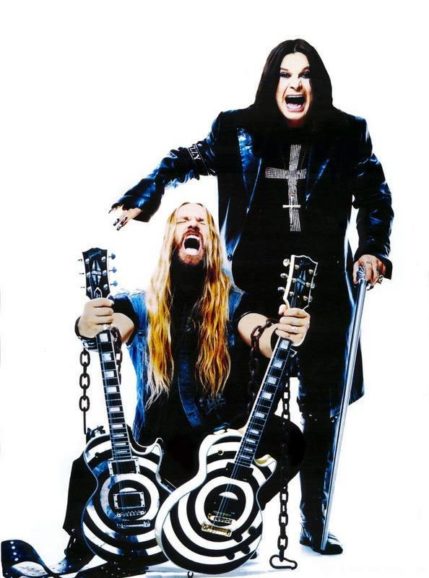