When the lights went down at Irving Plaza, fans of the French rock band Phoenix were in for a treat when opening act Dogs Die In Hot Cars, took to the stage first. The playful five-piece from Scotland won over the crowd with its colorful mix of new wave pop tunes reminiscent of the Talking Heads.

Lead singer Craig Macintosh, decked out in bright red T-shirt, greeted the audience and immediately won over listeners with his thick Scottish brogue. “So many people talk about love and write about it,” he said, before moving into an awesome rendition of “I Love You Because I Have To,” the group’s energetic debut single. Like most of the band’s songs from their first full-length disc, Please Describe Yourself, this one mixes ska rhythms and pop hooks in a spirited, contagious way.

The pulse-quickening beats displayed at Irving Plaza made listeners want to dance and many in the crowd did. Most of the tunes were uptempo with a guitar and piano sound similar to early ’80s radio. Part of the punk revival, the band is gaining recognition along the likes of fellow artists such as The Killers, Interpol, Franz Ferdinand and Snow Patrol.

Amid the four male rockers onstage, it was during the middle of the set that audience members discovered there’s a girl in DDIHC. When Craig changed guitars, many concertgoers spotted Ruth Quigley for the first time. Under the heavy red and blue house lights, the petite blonde keyboardist was hiding out in the back corner, adding vocals to the sweet chorus of the piano-funk driven number, “Godhopping.”

“It’s a good life – to be with the people in this band,” the enthusiastic yet quirky frontman told the audience. “We were just in Philadelphia. I forgot to tell the crowd there, this song has nothing to do with God or with hopping.”

While quite a few of the band’s songs seem to repeat themselves in terms of sound and soaring choruses, the lyrics and viewpoints are cleverly realized. Themes such as desiring to be popular and desirable are evident in “Celebrity Sanctum,” men losing power and control in the world appear in “Modern Woman,” and the media dictating images of what living a great life should be grace”Glimpse At The Good Life.” All of these are written with a form of dry humor and irony that some might say is missing from today’s radio and video stations.

At Irving Plaza, Macintosh pined over actresses Lucy Lieu and Catherine Zeta-Jones in “Celebrity Sanctum.” Only their names stood out during his fast-paced delivery. And at one point, the sound system grew so loud that listeners literally felt the intense bass-line pounding across their chests. But it didn’t matter if the fans had earplugs or not. Near the end of the show, fans positioned themselves close to the stage. Some were literally beneath the lead singer, who allowed them to sing along to the bouncy “Paul Newman’s Eyes.” To finish off their portion of the show, Dogs Die In Hot Cars played “Lounger,” the synth-heavy harmonic tune about the joys of being lazy – a great way to end one high-energy, rollercoaster set.

And since ’80s music is in serious demand right now, it was fitting that Phoenix closed the show at Irving Plaza. After Dogs Die In Hot Cars left the stage, the lights dimmed again and droves of new fans emerged inside the venue to see Phoenix, fronted by vocalist Thomas Mars. Young men in business suits and girlfriends in tow showed up with backpacks strapped over their shoulders. They filled up on expensive mixed drinks and bottled beers.

But Phoenix made the crowd beg. “Stop teasing us!” shouted one audience member when a short drum beat echoed through the packed club. This same fan later said the band sounded better live than on the album, United.

Finally the guys revealed themselves. “We’ve come a long way from Paris,” Thomas said matter-of-factly to the crowd. “Everything about New York is good.”

Amidst the sea of faces, cell phones were seen capturing photos of the foursome. Fans rocked along, swaying back and forth; they knew all of the words to “Too Young.” In this breezy, retro-flavored number, Thomas sang out, “I guess I can live without the things that make my life what it is. Can you hear me calling? Everybody’s dancing. Everything is over.”

Hinting at their eclectic tastes, the band moved from more West Coast punk rock tunes like “The A-side” to “Heatwave” a fan favorite that sounded like a ’70s disco classic. The French rockers also spiced things up a bit with the Steely Dan-styled jazz-rock instrumental “Embuscade,” and the rattling country rock number, “On Fire.”

It’s no wonder this funky pop-rock band has such a devoted legion of fans. They certainly know how to deliver a fulfilling arrangement of music, which clearly draws on many influences, as was shown at Irving Plaza. From the contented look on listeners’ faces, it was clear; Phoenix is both a band you can listen to at home but is even better hearing live while jamming out with friends while enjoying a drink at a rock show in NYC.

Jennifer Harmon is a freelance writer, reporter and poet living in New York City. You can contact her at [email protected] 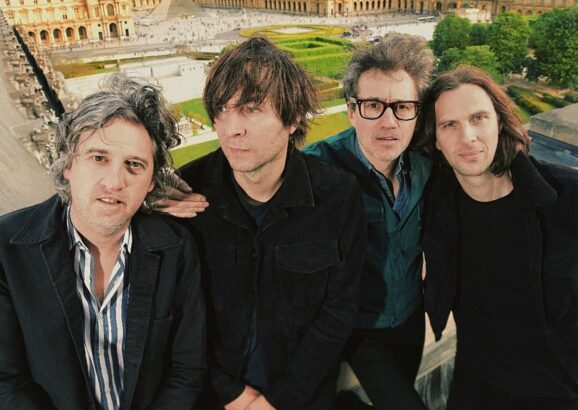