Youth and vitality burst from the lungs of Michael Ford Jr., The Apache Relay’s front man, engaging the full house New Years Eve 2011 at the Exit Inn in Nashville Tn. Upon the Apache’s stage entrance, fans screamed, sweat and sang along, drenching themselves in the vibrant and spirited tunes off their latest release, American Nomad.  "Lost Kid" and "Set Me Free" were a couple of the new tunes played, pulling listeners in, and as Ford said, “I feel like those songs really glued the record together. They have also been the source and direction for our new material.” Glide Magazine had the opportunity to step inside the head of Ford Jr. as he shared highlights from 2011 and hopes for 2012.

I’m sure you’re really looking forward to the show this Saturday w/ Moon Taxi. Do you know those guys?

I had the opportunity to play with Moon Taxi about 3 years ago. My brother and I had a different band in town, and we opened up for them at The End, a small venue across the street from Exit Inn. They’re really talented guys and we’re really fortunate to have the opportunity to share the stage with them.

With American Nomad out earlier this year, and a fair share of dates under your belt, how would you describe the dynamic out on the road with the guys?

Typically, I would say lighthearted.There’s times when everyone’s worn out and tired, but most of the time it feels kind of like summer camp. We try and keep it light because touring can be exhausting at times.

Can you describe the environment that is sought after on the road within the group?

You know, it’s more of a driven working environment. Getting good rest is especially important when touring. We try and stay as focused as we can when on the road. We wouldn’t want to do anything that would affect or be detrimental to the positive energy we do have. We have a good time hanging out, but it’s definitely about playing shows and keeping that energy level high when performing.

In your mind, how well do you feel the album is doing with the fans? And then how well on iTunes?

You know I haven’t kept up on the iTunes, c’ause we’ve been keeping our nose to the grind stone. It seems like people are responding well to the record. I feel like the songs translate a lot better live, because that’s the nature of the group. We are a live band and that’s what we do best. It’s been fun to see people get into the record after they’ve seen a live show, which a large percentage of the time is the case because we are a pretty energetic band.

What’s your favorite part of being out on the road? Are there any interesting stories or anything major that you’ve felt have brought you guys closer together?

Experiencing different cultures has been a favorite part of being on the road. We’ve had the chance to tour Canada and Europe over the past year, and that has been really special to us. Experiences like that have been key pushing the group to charge through. Mostly 9 out of 10 times these experiences we have together are the first time for everyone in the group. It was our first time being out of the country when touring Canada and Europe. Those are the types of things that create growth and a bond within the group.

So, as far as, playing with larger acts like Mumford and Sons and G-Love, are there any acts that The Apache Relay is planning to tour with come 2012?

We’ve got a lot of great friends out there that we’d love to tour with. There’s a band from New Jersey called River City Extension that we would love to get back out on the road with. It would be a blast to do that. There’s nothing set in stone at this point. There are a few names, but I don’t know if I can put them out there right now.We don’t have anything firmed up enough yet to really mention.

The Apache Relay – Home is Not Places from Live & Breathing on Vimeo.

I’ve heard someone once say that you get your entire life to write your first album, and then you have 18 months to write the second. Was there material from 1988 that didn’t make that album, which you guys ended up using for American Nomad? Or was all the material for American Nomad written after 1988?

Every song was written after 1988 was released. I definitely felt that I didn’t have quite as much time to write songs for Nomad, although I’m very proud of the record.The first record, 1988, I had a ton of time to work on, which was great. For our upcoming record we have had a lot of time to work toward new material. We recorded Nomad what seems like so long ago.  Although it’s a great feeling to have ample time to work on the new record. I’m so excited to go back and work on a new LP, and have the opportunity for a more thought out process from the song-writing end.
I know you guys used different producers for both albums. Was American Nomad recorded at the same studio as 1988?
Actually no, they were recorded at different studios. We recorded 1988 in Winston Salem, North Carolina with Doug Williams, who is a talented guy and was a pleasure to work with. We recorded American Nomad here in Nashville, Tn.with Nielson Hubbard, which was an amazing studio experience as well. Recording Nomad was an interesting process because we did most of it live, which we enjoyed a bit more because of the electric set up.

Did you guys record on tape or digital?

Unfortunately we didn’t have the luxury of recording on a tape machine. So what we did was, we tracked digital and then bounced the masters to tape. This gave it a little tape saturation. Any time that we could have the opportunity to use a tape machine to record a whole record that would be ideal and what we would want. We are definitely into that sort of thing.

What do you consider your greatest success when recording American Nomad?

There was two main tracking sessions for Nomad. The first go around we tracked about 10 songs,which completed the first session. I really felt that the record was lacking in terms of songs though. It didn’t feel quite right, almost as if there was something missing. The structural flow wasn’t quite right. We had a couple months off between the tracking sessions,and during that time period "Lost Kid" and "Set Me Free" were written. That was it. I feel like those songs really glued the record together. They have also been the source and direction for our new material. It was definitely key in completing the record.

So you guys met at Belmont University, and originally hired the guys as your backup band. Now a majority of the material up to this point has been all written by yourself. Do you have any plans to collaborate with the guys for future material?  Can you explain how the writing process goes?

Typically I bring songs to the table in a premature form; they’re almost in an adolescent state. I’ll be at my house or at a venue and an idea will hit me and I’ll record it on my iPhone. Then I’ll take it to the guys. Then we decide together on what we like and what we don’t like. Then we start flushing things out during rehearsals. From this point they start to take shape and grow a lot.

Take a song like "Watering Hole." That song is much different than it started out.  When I recorded it as a demo it was way more ‘garage-y’, kind of like a garage rock thing. It ended up becoming more of a soul song. That’s the way songs in the past have developed. Everyone plays their part and suggests ideas, mostly melodic.

Moving forward, we are planning on writing more collaboratively for the upcoming record. We are going to a cabin this winter to work on some songs, which will give us a chance to really spend some time together throughout the entire writing process.
Are there any future plans to collaborate with friends outside the band or other Nashville Song Writers?
You know I’m not opposed to that, but typically we have kept it within the group. There are so many talented writers and artists here that I would love to have a chance to write with, but haven’t gotten there yet.

I feel almost a spiritual vibe when listening to you guys, is that something that I’m imagining? Or what would you say drives the music?

That’s not something that you’re just reading into man. I consider myself a spiritual grounded person. It’s hard to explain without making anyone feel awkward, but I think the spiritual world is very real and it’s become a part of my writing almost subconsciously.

What’s one of your favorite ‘Watering Holes’ to hangout at in Nashville when you’re not playing?

(Laughs) Well we sort of just float around, but I love coffee shops. You know I’m obsessed with coffee shops.Here in town Bongo Java and Fido’s are a couple of my favorite hangouts.

What ‘Sets You Free’ Mr. Ford?

What sets me free? (Laughs) That’s a great question. You know everyone’s wondering (Laughs). Sincerely, I feel most free when I’m creating music. That’s definitely when I experience the most freedom. 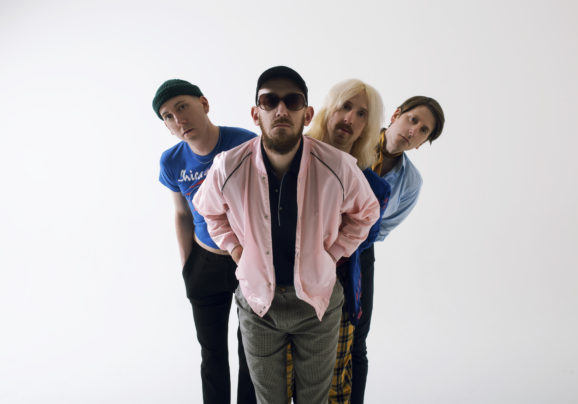 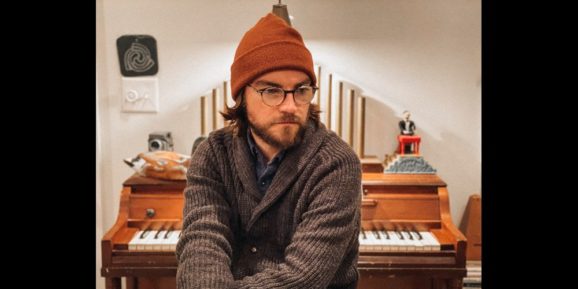 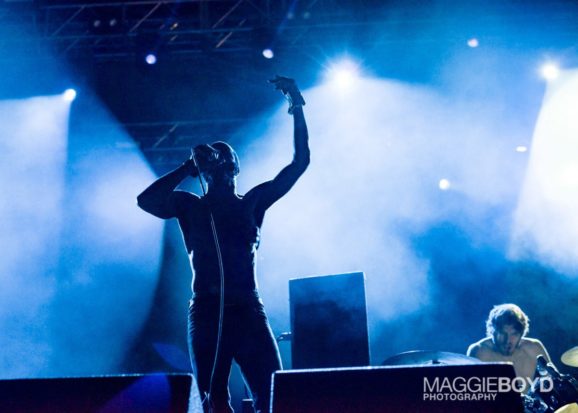