Buried beneath the clunkiness of this project’s name is Spencer Krug, well-known as the noodling, keyboard-playing, co-leader of Wolf Parade.  Yep, you remember them: the versatile Canadian indie-rock outfit who rocked hard over the course of a handful of solid albums and EP”s before taking an indefinite hiatus last spring.  Since then, listeners have heard quite a bit from both Krug and his partner in crime, Dan Boeckner, who under the name Handsome Furs has made a few great records with wife, Alexei Perry.  While both guys have favored an electronic, boozy sound on their various recordings, it’s Krug who tends a bit more towards the brooding sentimentality excellently displayed here on Heartbreaking Bravery.  Working with Siinai, a Finnish band of like-minded contemporaries, he digs deep into a malaise-filled sonisphere and creates a haunting work full of trembling hesitation and creaky atmospherics.

The music on the album begins with a string of ominous tones and rarely relents over the course of its ten tracks.  Creaky piano notes are served over moody melodies, repetitive drumbeats and streaking guitar arpeggios.  These languid soundscapes serve Krug’s baritone well, as his tales of forlorn love and bitter depression cut through with clarity while wrapped in tones of despair.  Really, the album’s title is no joke, Krug is one sad dude.  Some samples: “ Quickfire, I tried to take your gifts/But I cannot change the way I hate most objects” (from the pulsating track, “Quickfire, I Tried”), “You were the crashing  of the satellite/Onto my black-earth heart” (the opening lines of Kraut-tinged “Faraway Lightning”), and “There was blood/There was gore/I headed for the door” (a mid-song observation from the coming-of-age realization in “Headed For The Door”).

On paper, this may sound like a drag, like a melodramatic, goth-tinged reinterpretation of the “doom rock” genre.   However, the sound is interesting enough that it actually makes Krug’s lyrics sensible and fitting.  There’s soul in the music, a funkiness that begins to reveal itself over the course of a few listens, and instead of bumming out, you begin to tap along with the syncopation and find a groove.  And Krug is even able to throw a few lyrical winks out there as well, such as in the aforementioned “Headed For The Door”, where the mid-30’s narrator finds himself a bit out of place: “She was only 23/She was only 24/I headed for the door”.  Or the actual chuckles provided by this opening stanza: “Teary eyes and bloody lips/Make you look like Stevie Nicks”.  Krug has written funny little gems like this before, but here they particularly resonate and serve as outliers in the bleak landscape he’s created with Siinai.  This album may not find its way into your constant listening rotation, but you will get some mileage out of it. 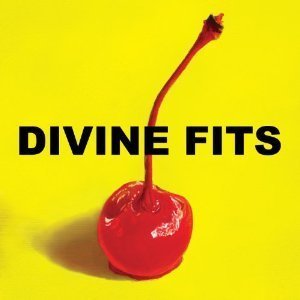