This was on full display tonight in front of his female backing band The Peacocks (the previous night White was backed up by an all male band Los Buzzardos), White dug into his catalog and let loose with a fury, earning his elevated stature among rock and roll fans.  Before the main event got started the opening set was attended to by the Alabama Shakes.  Playing songs off of their first album Boys & Girls the five piece showcased their simple soul style that has earned them tons of fans in a short time.

Dominated by front-woman Brittany Howard the band played with an easy groove, in-between bursts of passion.  Their was a stop/start energy to “Rise To The Sun” before  Howard let her inner diva take over on “Be Mine” singing up and down the vocal scales.  Post set the anticipation started to build inside the packed ballroom, until White strolled out dressed in a blue suit with The Peacocks looking elegant in white dresses behind him.

Opening with the riotous “16 Saltines,” White distorted guitar notes everywhere, but it was drummer Carla Azar who was the most eye/ear opening.  The drummer from the LA art-rock band Autolux, Azar was a dynamo throughout the set, adding crushing beats, propulsive rhythms and even hip-hop flair to numbers with her fantastic style.   The new “Missing Pieces” came next in a more rocked up version then the Blunderbuss take, while “Dead Leaves and the Dirty Ground” got a bit groovy, even containing a piano solo from White mid-song.

“Love Interruption” got the biggest pop from the crowd on this night before “Hotel Yorba” came through, complete with fiddle solo.  White’s Raconteur days were revisited via an acoustic “Top Yourself” which saw the entire Peacock Band take a solo spin, before he slapped some distorted funk straight from The Dead Weather with “Blue Blood Blues” again showcasing Azar’s fiery drumsticks.  White Stripe classics, “We’re Going To Be Friends”, “Hardest Button To Button” and the incredibly raucous blues closer of “Ball & A Biscuit” were all dynamite with White singing and playing (especially on the closer) with abandon and style.

What made things on this night so dynamite though were the new songs standing toe-to-toe with the classics, “Freedom At 21” had flair, “Hypocritical Kiss” was cutting and “Weep Themselves To Sleep” balanced a smooth groove with a chaotic edge that was mesmerizing.  While it was amazing to again stroll down story street via “Carolina Drama” performances like “Take Me With You When You Go” prove White will never lay still.

For the encore White took to the VIP area/side stage to bang out more treats, starting with “Black Math” before ripping into the off kilter funk of “I Cut Like A Buffalo” and the searing riffs of “Catch Hell Blues”.  Closing the energetic show with “Seven Nation Army” via the crowds chanting and kick-drum rumble, White capped off a brilliant night of music in front of a sold out crowd that relished every note. 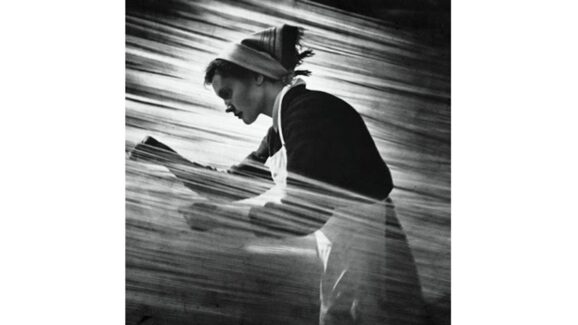