Ten years ago, Hamilton Leithauser was screaming at the top of his lungs and raging against the dying light.  Like most guys in his 20’s, he was concerned about his place in the world and just a little bitter over the frustrating developments of career, love, finances, and well, just about everything really.  This angst was universal and appealing to those in the same age bracket who could take solace and a bit of refreshment in hearing their travails so eloquently and passionately put forth.  The band’s sound also served as the perfect anchor to this sentiment.  While Leithauser wailed away on the mike, Paul Maroon, Pete Bauer, Walter Martin, and Matt Barrick raised a holy racket, switching instruments and augmenting the emotions with deft synchronicity.  Rock and rollers are no different than the rest of us though, and there comes a time when the nights get a little shorter, the hangovers a little rougher, and the desire to settle down a little more realistic.

Over the course of their previous two albums, You & Me and Lisbon, The Walkmen have begun to dial it back a bit, trading in some of the raucous intensity for more subtle tones of contentment and stability.  This is not to suggest the band has lost its edge or moved into adult contemporary stasis.  Those two albums contain nuggets that rival their predecessors in terms of edge and verve; it’s just that the nuances were a little more forward, the happiness a bit more evident.

With Heaven, The Walkmen continue along in this vein by further expanding their sonic palette and daring listeners to poke fun at their domestic bliss.  Press photos for the new album feature the always dapper band members posing around a living room couch with their respective significant others and children.  They all stare blankly at the camera in the fashion of those early 20th Century sepia-tinged family portraits.  It’s a very unorthodox pose for a modern rock band, but The Walkmen can certainly pull it off.  They’ve never looked the part, favoring J. Crew and Brooks Brothers attire over flannel or skinny jeans, and their everyman, down-to-earth qualities naturally coalesce toward eventually settling down and having families.  Although it was comforting to hear, one knew that eventually the angry gentlemen would meet nice girls, settle down, and start families.

That time has arrived and this album is filled with the joyous feelings that ensue.  “If you want my eyes/Take my eyes/They’re always true/If you want my heart/Take my heart/It’s right here for you” sings Leithauser over a gently building melody in album opener, “We Can’t Be Beat”.  “We’ll never leave/We can’t be beat” he continues as the song morphs into a gorgeously lilting ballad complete with harmony vocals from Fleet Foxes’ Robin Pecknold.  These emotions set the stage for the rest of the album and illustrate the growth experienced by the guy who once instead challenged those who asked for favors and numbers.  Elsewhere, Leithauser and Co. sing to the sweetness of their children in “Song For Leigh”, contemplate the improbability of their situations with their vintage Walkmen swagger in “Love is Luck”, and even peel back the new attitude to reveal a little discontent in “The Love You Love”.  There are a few musical surprises thrown in for good measure: the slow-blues instrumental “Jerry Jr.’s Tune”, the doo-wop inflected “No One Ever Sleeps”, and the spooky acoustic storytelling of “Southern Heart”.  Like always, the sounds are versatile and muscular, never waning too long in one style to provoke restlessness or tedium.

The Walkmen have been on an incredible winning streak, composing stellar albums and putting on electric shows for well over a decade now.  Their star has risen to the point where they have attracted a strong enough fan base that allows them to follow their life changes in song as well as in real time.  They’ve moved from chronicling the unpredictability of twenty-something life to meditating on a new set of challenges that accompanies a new chapter of life.  Here, they march right along without skipping a beat. 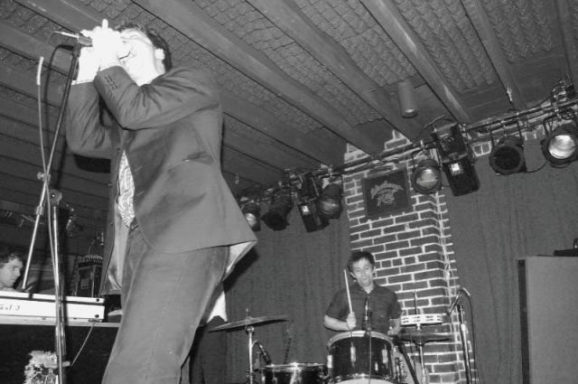