The Who Playing Quadrophenia In Its Entirety On New U.S. Tour

July 18, 2012 by in News Comments Off on The Who Playing Quadrophenia In Its Entirety On New U.S. Tour 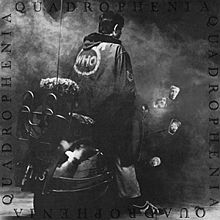 THE WHO, one of rock’s legendary and defining bands, have announced a major North American arena tour where they’ll perform their iconic 1973 double album QUADROPHENIA in its entirety, along with a selection of WHO classics. The critically acclaimed QUADROPHENIA marked the British band’s second rock opera (after Tommy), raised the bar for rock albums as an art form and hit #2 on the U.S. Billboard album chart.  Founding members ROGER DALTREY and PETE TOWNSHEND will be joined by Zak
Starkey (drums), Pino Palladino (bass), Simon Townshend (guitar/backing vocals), Chris Stainton (keyboards), Loren Gold (keyboards/backing vocals) and Frank Simes (musical director, keyboards/backing vocals).  *

In addition, subscribed members of The Who’s official fan club will be given priority access to purchase tickets for the upcoming “Quadrophenia” tour.  The offer begins at 10:00 AM on July 20 and expires July 22 at 10:00 PM.  All current members
of the official The Who Fan Club, as well as any new members who join, will be given an exclusive member’s only code that will activate the offer. Membership is available at fanclub.TheWho.com.