War of The Worlds: Directed by Steven Spielberg

Moviegoers expecting a goggle-eyed computer graphics spectacle from Steven Spielberg are going to be slightly disappointed by the newest film adaptation of H.G. Welles’s novel.

The blame for this falls on whoever decided that the story desperately needed to revolve around three-quarters of a fairly unlikable family (Tom Cruise as a divorced womanizer stuck with his two kids, the ubiquitous Dakota Fanning and TV star Justin Chatwin). A lot more edginess could have resulted from taking cues from Orson Wells’s 1938 broadcast and offering a CNN’s-eye-view of a Martian invasion, but Spielberg has played the box-office card here, stubbornly fixating on the predictable travails of a middle-class family as they run like deer from Big Zappy Things.

Before further spitballs are fired upon at The Summer Blockbuster of 2005, it should be noted that most of the scenes involving the Martian war machines are drop-dead dazzling. The first attack is particularly so, with the mushroom-cloud-sized ship first sounding a warning, proceeding to take a gigantic metallic inhale and then blasting everything in sight. It’s not until later, during a ferry scene filmed in Athens, NY, that the CGI stubs a toe and the warships look a bit too much like paintings, but the weakness of that spot is more or less debatable.

The film has pretensions toward a faithful re-doing of the novel, but merely having Morgan Freeman recite two paragraphs of the original work isn’t going to undo the damage done by the complaints coming from reviewers unfamiliar with the story feeling insulted by what they perceive as a limp ending.

The weakest moments come along on cue as we watch Cruise practicing his “what the heck am I supposed to do” stare a lot and find ourselves silently screaming at him for not turning on a TV to find out what the deal is. This is where the viewer wants to become as rattled as Cruise and the camera needs to go find something exciting, but rather than CGI of the destruction of Detroit or London we get a hacky performance from Tim Robbins as a raggedy militiaman working on getting some payback.

One last minus: Despite anything you may hear about War of the Worlds making “statements about terrorism” and so on, nothing profound is expressed on the subject and one doesn’t get the sense that Spielberg is repressing any such statements either. This could, of course, owe to the fact that he was racing to beat the on-the-cheap Pendragon Pictures version, also due out now – and if that’s the case, Spielberg has more in common with the invaders than the invaded. It would certainly explain the equivocal lack of an atmosphere of dread. 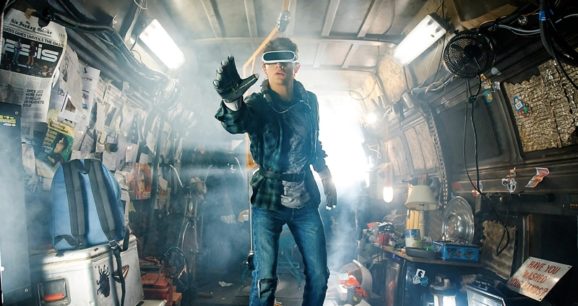