Atlas Genius: When It Was Now

Atlas Genius leaves a good first impression with their debut, When it Was Now, and the 11 tracks tend to have any rough edges smoothed out with subsequent spins. They are a band of brothers: Keith Jeffrey (vocals, guitars), Michael Jeffrey (drums), Steven Jeffrey (bass) – and Darren Sell (keys).

“Electric” has a fresh retro appeal that recalls the glam-slam rock of Scissor Sisters, repackaged with slightly distant vocals that draw the listener closer. “If So” follows, and while the first two tracks seemed to have a couple of abrupt transitions at first blush, it’s perhaps due more to a lack of familiarity with where the band was headed.

The beginning of “Back Seat” channels the low-key intro of “Pumped Up Kicks,” before developing greater character. Like most of the songs on the release, it is demonstrative of a band that allows the music to breathe and gently unfold into synthed-out bliss.

“Trojans” is no less than essential for the continued existence of the band. As the story goes, the Australian quartet finished the tune, uploaded it online, and with little fanfare, went back to college to pursue a more realistic career. Several weeks passed, and to the band’s surprise, the song captured the attention of a music blog. And to their surprise, their dormant band email account had messages piling up from booking agents and record labels. Since then the tune has been downloaded more than 100,000 times, and the band performed it live on Jimmy Kimmel in mid-December 2012.

“Trojans” is a track that builds organically, and while poppy, neatly packages a fair number of moving pieces—with handclaps adding texture atop pleading lyrics to “Think of all the thoughts of what we’ve been.”

“Through the Glass” cuts through the clutter with crystal-clear vocals and acoustic strumming before introducing the synth and bass—and then returns just as quickly, nailing the landing to the stripped-down intro. “Don’t Make a Scene” is a gem that features nimble interplay between a catchy, simple guitar riff with hyperactive drumming and rhythmic handclaps, and excels with an infectious chorus.

“All These Girls” is another stand-out, which has the band inhabiting similar terrain as Youth Group (also from Australia). Finally the title track features a crisp start-and-stop shiftiness that yields to a gliding chorus, “And it is / What it was / Until you let it go.”
Most of the songs extend to about the three and a half minute mark, and are notable for their craftsmanship. While there are moments that it’s convenient to say “Hey, this kinda sounds like _____,” enough counterexamples emerge to acclaim the quartet on their own accord. These guys can write a catchy tune with meaningful lyrics while keeping the music interesting—no small feat.  If Atlas Genius qualifies as pop music in 2013, bring it on. 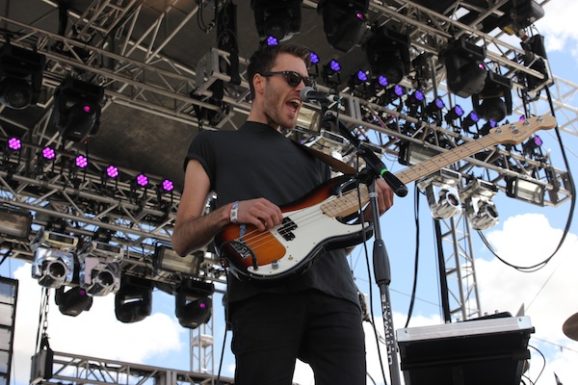 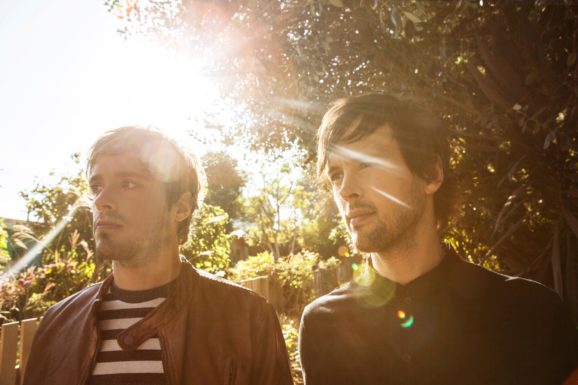 Atlas Genius Ready Debut Album When It Was Now