When we catch up with The Joy Formidable front-woman and guitarist Ritzy Bryan on the phone in early March, she is in an upbeat mood.

“We’re in Exeter in Devon [in southwest England] tonight for our first-ever Devon show,” Bryan says. “We’re actually experiencing quite spring-like weather here. It’s unusual, so we’re basking in it at the moment.”

There are many reasons for this band to be basking these days. They released their sophomore album, Wolf’s Law, in January to a string of positive reviews, played on Late Night with Jimmy Fallon, charted just outside Billboard’s Top 50 albums and their lead single, “This Ladder is Ours,” has reached the top 25 on the U.S. Alternative charts. They have also just embarked on a North American tour which included a series of gigs at SXSW and will take them clear into the middle of May. And to think, to some degree this album’s early success owes a lot to a canceled gig.

“It started off as a logistical accident,” Bryan says. “We were touring behind The Big Roar in 2011, and we had a show scheduled in Maine, but then it got canceled. We were scheduled to have a week off after that, so we decided to stay at this cabin about an hour outside of Portland. Being so isolated and away from everybody was a nice contrast from the road. There was no phone signal and no wi-fi, which was a bonus. We fell in love with the place so much that we ended up going back there to record.”

For an album that was conceived in such a tiny, isolated location, Wolf’s Law is chock full of energetic guitars, thunderous drums and a series of bombastic sounds. From the fuzzy, distortion-heavy rocker “Cholla” to the atmospheric space rock sound of “Forest Serenade,” this is an album that has big, arena-sized plans. The propulsive bass and sky-reaching guitars on “Little Blimp” make the track feel like an unstoppable bullet train and “Maw Maw Song” features otherworldly, epic guitar solos. All of this is vintage The Joy Formidable, so how on earth did old Disney films play a role in making this album sound so massive?

“We’d been experimenting with different instrumentation and choral sections while we were on the road,” Bryan says. “And we were listening to film scores by Frank Churchill, whose work is synonymous with classic Disney movies like Show White [and the Seven Dwarfs]. So by introducing those aspects into some of the music we were writing, we knew that was the way we wanted the orchestral pieces to sound, even though it’s more of a 1930’s-sounding recording.”

“This Ladder is Ours” is a perfect example of the effect the orchestration has on the record. The sweeping, chilling opening goes on for almost a minute, with the last note held for many agonizing seconds, drawing out the tension and anticipation until the last possible moment before the song explodes. And while there are other similar flourishes throughout Wolf’s Law, particularly on the grandiose finale, “The Turnaround,” it is this first track which sets the tone for the record.

“That track really encapsulates the heart of the record,” Bryan says. “It captures a lot of the spirit because it’s a track about trying to encourage somebody or throwing some light onto somebody who has become quite shut down or switched off to life, switched off to the world.”

Despite some of the darker content and sounds which appear on the record, “This Ladder is Ours” embodies one of the album’s primary themes of not giving up in the face of struggles and obstacles.

“It’s a balance really between trying to encourage someone and at the same time being quite frustrated by the situation,” Bryan says with a laugh. “You want them to realize that they have a future, so they can start again, so it’s absolutely meant to be an uplifting song.”

But as the album’s lone acoustic track, “Silent Treatment,” demonstrates, it’s not all aggressive guitars and planet-sized soundscapes on the album.

“One thing that brings all the tracks together is that they were all stripped down at some point,” Bryan says. “Either they started their life like that with an acoustic guitar and a voice, or piano and voice, or they eventually got stripped back into a rawer form. With ‘Silent Treatment’ it was just the acoustic guitar and the vocal driving that track, and it felt so pure that we didn’t want to touch it afterward.”

Placed in the very center of the album, it acts as the glue that holds this raucous affair together. Such choices showcase the band’s versatility, creativity and attention to detail, and it is because of these choices that they are now basking in the glow of success. 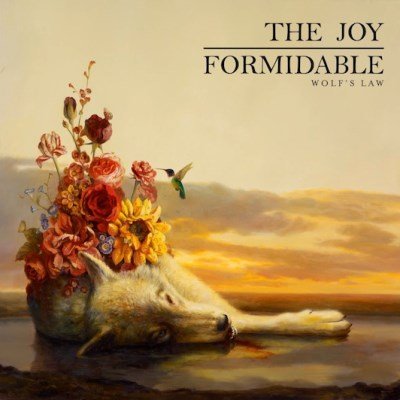