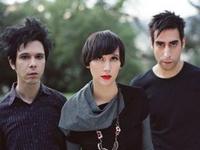 Night swimming within the tattered walls of McCarren Pool was a wave of hipsters flush with excitement over the prospect of seeing the titans of indie-rock paired with the queen of the current scene. Flip-flopping on their closer roles, but each playing an hour and a half sets, the young’ins (not the Youth) took the stage first after an opening set by Awesome Color.

The Yeah Yeah Yeahs’ Karen O is a maniacal band leader. Looking like the love child of the Ultimate Warrior and an Aztec Sun God, she spazzed-out all over the huge pool stage howling her vocals with bloodhound wails and then toning them down for sullen odes, mixed in with bizarre giggles. She was a whirlwind and vocally reminiscent of Siouxsie Sioux, but the rest of the sound from the trio (with a fourth acoustic guitar/synth man in a space suit) was incredibly thin. Drummer Brian Chase hit the skins hard, but with no other low end the music just fluttered off behind guitarist Nick Zinners fret scribbles and loops. The song selection lagged as well, with a few slow numbers clumped together at the end of the set that lost the eager crowd. Some even threw things on stage which was rather surprising. Die-hards around me were excited to hear “Bang!” and “Mystery Girl” and the majority of the crowd ate up the acoustic “Maps,” but nothing was all that memorable, except Karen O’s outfit, and fashion over substance can only work for so long.

So long, So long – God have the Sonic Youth’ians been around for longer than most in attendance have been alive?!! Unlike the YYYs, Thurston Moore and Co shaped me over the years as both a music fan and as a person. The epic Daydream Nation turned me onto art-rock, and in the grunge years Dirty and Washing Machine served as reminders that the early 90’s didn’t have to be brooding 24/7. Now with Rather Ripped, SY have provided some of their most straight forward and successful tunes in years, and the album served as the basis for this evening, with some grandiose highlights mixed in. 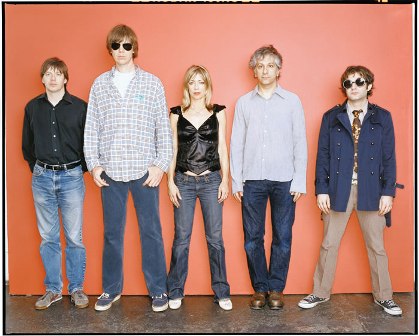 Kicking off the way they kicked off indie-rock’s Magnus Opus, “Teenage Riot” took a minute or two to explode, and when it did it was magic. Moore and Lee Ranaldo riffed off of each other building to two new numbers “Reena” and “Incinerate.” The new jams were not as revved up live; instead the highlight off Rather Ripped was the slow burning dramatic build of “Do You Believe in Rapture?” Kim Gordon shunned the bass for part of the show letting her rock star diva twirl and growl on the stage and mic, while substi-Youth Mark Ibold of Pavement fame lent some rumbles on the 4-string. Gordon’s breathless vocals captivated on “Turquoise Boy” as she flaunted her best voice since the “Kool Thing” days. The throw back “Eric’s Trip” let Ranaldo add some psychedelia to the show before the cranium splitting shredding let loose on “100%.”

It is amazing that a band playing together since 1981 can still manage to play with such grace and fire, fresh songs alongside classics, with everything working out so seamlessly. Hopefully the Yeah Yeah Yeahs can reach that point someday. But if they needed any guidance, all they had to do was open their ears to one of the best bands of the last quarter century playing beside them.

Send any comments and locations with good Guinness to Shawndonohue@yahoo.com