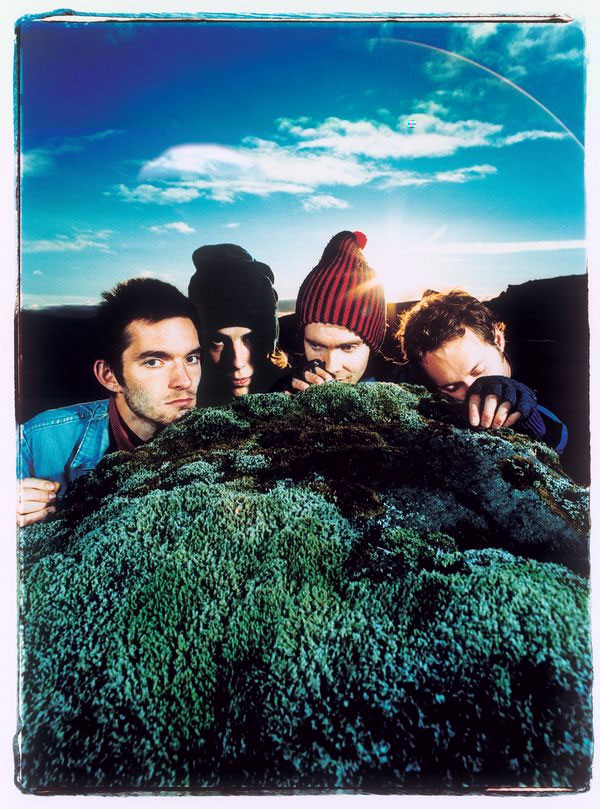 Every February, the Grammy’s take place in New York City or Los Angeles, and self-indulge themselves again with a hoopla celebration of Sting, Justin Timberlake, U2 and whatever hip-hop artist the industry deems accessible enough for their own kids. A midwinter tradition, the four hour televised extravaganza flaunts itself as the peak performance award, but continuously falls short on more left-of center, progressive artists. Thankfully, there is a new peer-nominated award that truly recognizes the art form, celebrating today’s most creative albums. The Shortlist Music Prize is in its fourth year, and will be held on November 15th in Los Angeles.

Founded in 2001, by music industry veterans Greg Spotts and Tom Sarig, the Shortlist Organization was created to enable left-of-center culture to cross over to the mainstream. Now an annual event, The Shortlist Music Prize works with both established and developing artists to market and honor their work by their peers. Amongst a selected chosen roster of Listmakers, that this year includes Robert Smith, Jack Black, John Mayer, Norah Jones, Josh Homme, and Perry Farrell, the Shortlist Prize is for the musicians, by the musicians. To be eligible for the 2004 prize, two simple qualifications must be met.

2) An album must not have been certified Gold by the RIAA for US sales of 500,000 copies, at the time of its nomination.

To choose the Listmakers, Spotts is quick to confess they pick “artists who have made cool music themselves and have made a commitment to popularizing other people’s music,“ before adding “although a few journalists are on there, as they more broadly listened to.”

“The fun thing working with developing artists is that everybody around them is working for ways to publicize them,” says Spotts by phone. “The industry has welcomed one more platform to promote artists who don’t fit into a particular radio format. We try hard to offer some concrete marketing benefits and ways to reach out for fans rather than just stay in an ivory tower. “

With three major forms of media helping promote the awards, this year the Shortlist has grown to gain a radio partner and sponsor – XM radio. MTV2 is airing a half hour special on the awards and Razor & Tie Records will be issuing a compilation album on the nominated artists. Helping artists who never get the chance to be heard is the goal, as the 2003 winner Damien Rice sold 50,000 albums of O before the award, later selling several hundred thousand after winning. Spotts adds, “Everywhere you read about him, the first thing they say is ‘he’s the winner of the Shortlist Music prize‘”

With the Shortlist being used to introduce Rice wherever his name is found in print, is the prize becoming a stamp of approval for up and coming artists to gain sudden credibility?

“It certainly hasn’t hurt, but I don’t believe it has quite reached the level of recognition as its U.K. counterpart, the Mercury Music Prize,” says Jonathan Cohen, News/Reviews Editor at Billboard.com. “In the case of N*E*R*D, there was a built-in level of notoriety because of its ties to the Neptunes. But it has raised the profile of Sigur Ros and Rice, who were better known abroad beforehand. The Shortlist’s aims are certainly in the right place: to help deserving artists reach a wider audience they are denied due to rigid radio airplay formats and other obstacles. ”

As for the Shotlist Prize growing too big, too fast, as long as it keeps its two rules in place, the founders hope to continue to publicize those artists that are purely “emerging.”

“We don’t worry about it becoming too commercialized, as long as we deal just with artists who haven’t gone Gold, it’ll always be about artists who are the ‘next’ artists,” “ says Spotts. “Some journalists don’ t understand that and people write about it as the best of the rest, it’s not like that.”

With the list nominated ultimately trimmed down to the final ten, Glide offers a peek at the artists, and who just might be The Shortlist Prize winner for 2004.

Who? French electronica duo, consisting of Nicholas Godin and Jean-Benoit Dunckel, whose unique make of lunar lounge, combined with lush Fender Rhodes and Moog stylings places them at the top of the hip elevator music makers.

What? Talkie Walkie, the band’s third release, is produced by contemporary studio legend Nigel Goodrich, the man behind Radiohead’s OK Computer and Beck’s Mutations. Further elevating their imagery laden sound, Talkie Walkie manages to remain elegantly moody, without sounding too much like the second coming of Brian Wilson’s SMiLE.

Who? Nineteen-year old Londoner Dizzee Rascal, aka Dylan Mills and winner of the 2003 Mercury Prize. Jungle and techno beats meets Playstation 2 with rhymes.

What? Rascal approaches hip-hop as a medium rather than a method on Boy In Da Corner, steering the ever changing genre in yet another new direction. Yelping percussive rhymes over obscure digital samples, Rascal creates urban rhythms for extraterrestrials.

Who? – Glasgow art school rock quartet that toy with nervous rhythms and funky pick me ups. So ahead of their time, but in line with what’s hot, their black logo t-shirt has become retro cool in less than a year.

What? Self-titled debut draws from British pop and post punk, inventing the new buzz, “indie disco” and proving you actually can make artistically credible rock that people will dance to. Although fellow nominees The Killers walk a similar line, Franz Ferdinand has the European swagger.

Who? A member of the notorious east-coast, hardcore rap outfit Wu-Tang Clan, Tony Starks, aka Ghostface Killah, has emerged as the groups’ breakout star.

Who? – Named for a fictional group in a New Order video, they may sound British, but the closest they actually come to being Euro is hitting the Paris Hotel in Vegas. Still, somehow this raggedy group from Nevada has managed to pave the way for moody dance rock.

What? On Hot Fuss, the four piece seamlessly blend keyboard work and dynamic vocals into infectious guitar driven synth-pop. Similar to The Cure and New Order, The Killers make credible rock with oddly striking dance rhythm. By now you either love or hate their recent surprise hit “Someone Told Me” with the now familiar chorus – “someone told me you had a boyfriend who looked like a girlfriend that I had in February of last year.”

Who? Country legend of 40 years, regarded as having both the toughest and the sexiest voice in Nashville.

What? Writing her own songs again, Lynn teams up with Jack White of The White Stripes to deliver an immediate Loretta Lynn classic. White dresses her up with bluesy romps and rich compositions, reviving the days before Kenny Chesney would have ever been allowed in a saloon.

Get Away From Me (Columbia)

Who? The anti-Norah Jones, mixing Tim Pan Alley pop and jazz with a modern sensibility.

What? Produced By Beatles engineer Geoff Emerick, this unique, hour long, double-disc takes so many chances to make a debut statement, there’s a clean and explicit version. Get Away From Me is far from show tune nostalgia, featuring an original assortment of rock, disco, reggae, pop and groove, alongside McKay’s stellar keyboard work and sultry rock crooning.

Why? “Change The World,” “Ding Dong,” “Baby Watch Your Back”

Who? Birmingham, England’s Mike Skinner, Eminem from across the pond.

What? Ambitious, yet mundane narrative of a week or two in the life of a drinking and drugging protagonist. More a film score than an album, it’s bare musical backdrop fixates you on the narrators incessant offbeat delivery with no happy ending.

TV on the Radio

Who? Brooklyn three-piece utilizing various rock experiments to create the most anticipated and well-received release of the year.

What? Peter Gabriel sounding frontman Tunde Adebimpe shrills of disappointment in all its forms. Static guitar, jungle beats and various textures make for a purely unique album that critics simply love to love.

A Ghost Is Born (Nonesuch)

What? Leaving off where YHF ventured into sonic territories, care of Jim O’Rourke, A Ghost is Born is more spare and earthy, with delicate piano based rockers and inward looking confessionals. It’s complimented with just the necessary garnish of sustained electronica feedback howls and serious rockers to make this a rock classic.

Why? “Spiders (Kidsmoke)”, “Less Than You Think,” “Theologians”

TV on the Radio 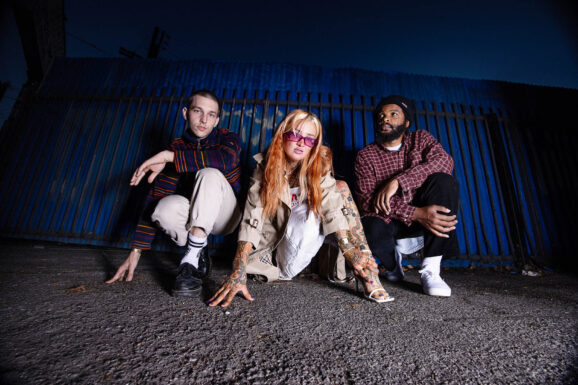