John Medeski: The Power of The Campbell Brothers (INTERVIEW) 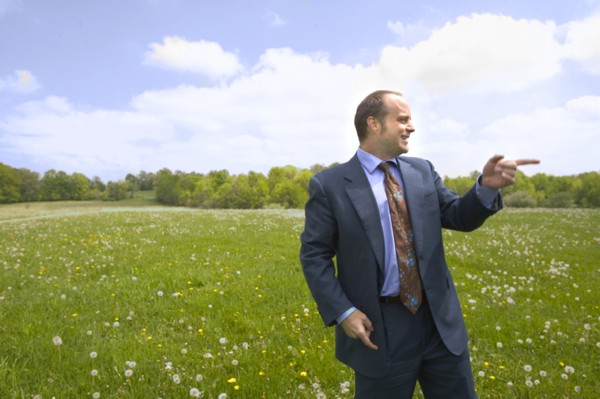 John Medeski is by any stretch an all-points jazz musician, but even cursory listens to his best material with Medeski Martin & Wood reveal interests both intrinsic and extrinsic to other types of music well beyond the established and even vague “parameters” of keyboard trio jazz. Pop in the glorious Shackman (1996) on a warm day and try your hardest not to hear, for example, the pronounced gospel, even well after the opening spiritual, “Is There Anybody Here That Love My Jesus?”

Medeski has never been contained by one mode or strictly organized set of musical values, which is why, when the announcement came from Ropeadope records that he would be collaborating as both a producer and a guest player on a record by upstate New York Sacred Steel legends the Campbell Brothers, it was hardly surprising.

Quite exciting, in fact, given that Medeski, who played and produced an album with pedal steel virtuoso Robert Randolph and the ripping hill country blues rockers North Mississippi Allstars back in 2001, had already wet his beak when it came to the House of God. That project, the much beloved Word, would lead him to the Campbells, who play the vital music as a vocation in the House of God tradition, and whom Randolph has often cited in interviews as great influences and obvious progenitors.

“I wouldn’t say I have a lot of experience. I mean, those guys have been playing it for life,” Medeski said of the Campbells in a recent telephone interview. “I do love that music, though.”

Most sacred steel neophytes seem to know New Jersey-bred phenom Randolph, whose propensity for truly galvanizing live shows and soul-lifting rave-ups epitomizes the joyous, uncompromised spirit of the music. Of course, Randolph and his rowdy band infuse it with rock, funk, R&B and soul – all natural marriages, for sacred steel’s emotiveness is indeed all-encompassing – so oftentimes newfound steel scholars looking for a more “purely” realized statement of the music find their way to the Reverend Aubrey Ghent and also to the marvelous, visceral Campbells, along with many others.

It was at a Word performance at the Newport Folk Festival back in 2001 where Medeski said he first met the Campbells: pedal steel wizard Chuck, lap steel virtuoso Darick, guitarist Phillip. The three brothers combine with Phil’s son Carlton on drums, Campbell cousin and vocalist Denise Brown, renowned gospel singer Katie Jackson and young, upstart bassist Malcolm Kirby – who joined the Campbells not one week after his graduation from the Eastman School of Music in Rochester, NY. 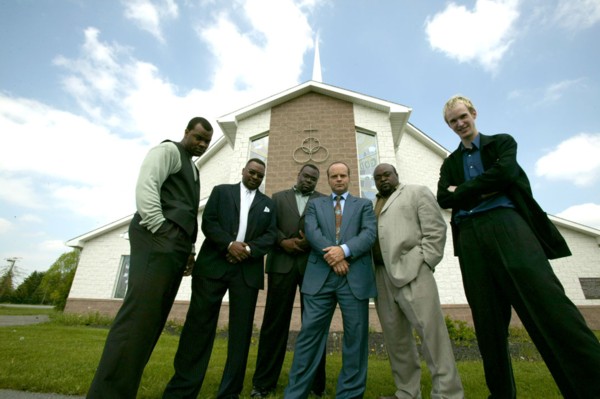 A casual acquaintanceship with Medeski from Newport on – and the shared interest in the music – led to future phone calls at the insistence of Ropeadope. The Campbells had a new record, Can You Feel It? and needed an intangible oomph from somewhere – someone – to take it past the finish line.

“They were nice, open and very complimentary about The Word. We hadn’t been in touch much after that, but I’d been a fan from a distance, and they’d been working on this record for a long time – almost two years,” Medeski recalls. “I think they were having a little trouble wrapping it up, and they called me sort of with the hope that I could give it a little direction. Ropeadope was really into it, so that’s sort of how it started. I met with them and immediately said yes.”

Medeski’s role, he said, was not so much to be a take-charge type but a like-minded catalyst for putting the snap back into the recorded material. His aural contributions are subtle and reserved – slipping in some saucy organ here, ramping up a few steel melody leads there, providing fills and texture – and he’s not so much imbuing himself into the existing Campbells framework as providing highlights and adding some jazzy vigor. The result, especially on Can You Feel It’s best tracks — “Sign of the Judgment,” “Devil Ride,” “No Mo Once More,” versions of “Amazing Grace” and “A Change Is Gonna Come” – is a comfortable, just-bearing-enough presence.

“By then, they had played the material so much that there weren’t a lot of fresh, new takes left. They had had a guy helping them record, but he had a different sensibility,” Medeski explained. “I and [MMW] know what that’s like – you’ve recorded so much already and it comes time to do something new and sometimes you just need another perspective, something to help re-focus you. Sonically, I just wanted to give it as fat a sound as possible.” 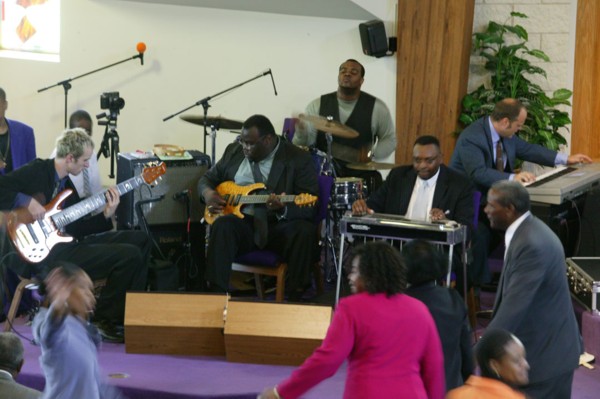 “What I looked to do as a musician and a player was to find a way to fit into their situation – into any situation, really, if I play with anybody,” he continued. “I’m looking to add something if it can be added, and not looking to do my thing if it’s not doing. Their music ‘needs’ nothing else – I try to hear the whole and not change it, just be a part of it, and it’s very easy with those guys. They’re very accepting and really nice and incredible musicians with just incredible ears. Really, I just try to stay out of the way!”

In the end, if the album still falls short of truly transcendent for lack of variety, it’s never anything less than joyous, a supremely pleasant listening experience that’ll push any listener to seek out where the Campbells really thrive: in the live setting. They recently brought Medeski on the road with them for some scattered northeast dates, and there are indeed plans to link up again in the future.

“It’s been such a great experience. I love those guys, I’m amazed by their musicianship and that whole trip,” Medeski enthused. “They all have regular jobs, and they don’t do too many gigs. They just made this choice not to do it all year round, and they remain a part of their church and their families first and foremost. They’re very … pure.”

Medeski recalled his first experience with sacred steel as going back to some recording sessions in New Orleans, and a chance encounter at that most vaunted of discovery zones – the record shop. Specifically, one of the Crescent City’s most famous and beloved.

“When I first heard the music, I was in New Orleans working on a Dirty Dozen Brass Band record and I went to the Louisiana Music Factory with a couple of folks and saw this bin ‘sacred steel’ and said, ‘What is this? Sacred steel, pedal steel gospel, what the hell is this?'” Medeski said. “We had an Aubrey Ghent recording of ‘Ain’t Nobody Do Me Like Jesus’ and it simply blew our minds. No guitar player we’d ever heard – though Marc Ribot is damn great – came close to what these guys were and are doing, and as it ended up I went back and got the rest of the bin and started checking it out.”

He was taken, as all first-timers to the steel sound are, to the unrestrained joy and the relentless, overwhelming listenability of the involved instruments. That sacred steel has been one of the rare, definitive music genres to flower outside of truly commercial trappings only adds to its mythos and (there’s that word again) purity.

“I can try to analyze it all I want, but it’s pretty remarkable how this music – this powerful music – has developed independent of anything commercial since its inception, and even then only until these records came out years ago,” he said. “It’s making music for its own sake. You hear that and you feel that wicked style of playing they have, and you don’t miss vocals at all, and there’s a certain purity in the development of the music you can’t help but feel.”

As we spoke, Medeski was finishing his travel arrangements to the fourth Bonnaroo Music Festival, where the first reunion of the Word on stage in more than three years was quickly becoming one of the fest’s most buzzed-about sets. By all accounts since, it was a barnburner, and, Medeski said, if it weren’t for the fact that he, the Allstars and Randolph were so busy, there would indeed be more Word.

“We didn’t even get a chance to really develop the music that first time around,” Medeski said. “Believe me, we’re trying to see what we can do.”

And as for a future with the Campbells? Absolutely, Medeski said, including more tour dates in the not-too-distant future and possibly a follow-up album.