Traveling through Lansing, Mich. after a snowstorm is not a particularly comfortable place for a Texas-bred singer and songwriter, but despite the slipping and sliding of the van on the frozen highway, Centro-matic’s Will Johnson showed little stress.

“It’s full on white-out up here,” he laughed, articulating each word with a thoughtful consideration capable of masking even an obscure Star Wars reference. “We’re looking for Ton-Tons and things like that.”

Midway through the Undertow Orchestra tour – the month-long songwriter jaunt that included Johnson, Vic Chesnutt, Mark Eitzel (American Music Club), David Bazan (Pedro the Lion) and Centro-matic’s Scott Danbom – Johnson and company were moving toward Grand Rapids, MI then onto Chicago. The tour wrapped up on March 1 in Atlanta, just shy of the release of Centro-matic’s newest album during its tenth year as a band. Heralded as the band’s best yet by peers like Patterson Hood of the Drive-By Truckers, Fort Recovery shows a polish that has burned brighter with each proper release. 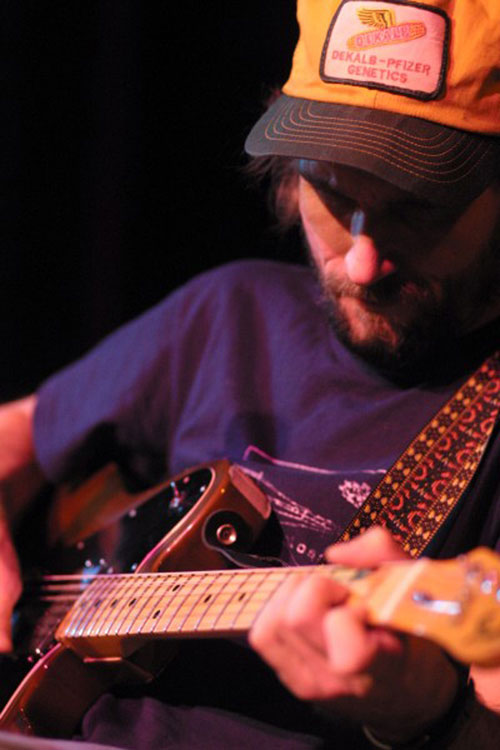 The life of Centro-matic has been guided by Johnson’s immense songwriting, spawned “in intense batches.” “It may be a period of six weeks where I don’t write a thing and a period of two weeks where I write 25 songs,” he said, implicating that there is no set regimine. He said the muse generally comes knocking while he is at home in Denton, TX. “I go home and kind of take care of some errands, and then really fire up the recording gear to see what’s going on. That’ll kind of start the wheels in motion a little bit.”

In the ever-shifting modern music world, Centro-matic has remarkably maintained a constant line-up of four – Johnson, Danbom, Mark Hedman and Matt Pence – by way of what Johnson describes as open lines of communication.

“We are real communicative about when we can do things, when we can’t do things. We have all kind of become adults together,” he said. “Whenever we get together, it is still very much fun for us. That’s a good sound when I still hear laughter in the van after that long. That’s as satisfying a sound as I could hope to hear.”

Diversions like the Undertow Orchestra and other side projects have offer members of Centro-matic a variety of opportunities to develop away from one another, and has become a catalyst for fresh beginnings when they converge as a band. “Centro-matic isn’t constantly on the road, so I am sure there has been some preservation in that regard,” Johnson said.

While he has his own solo ventures, Johnson also helms South San Gabriel, a rotating collective that often employs the members of Centro-matic and is built upon warm down-tempo arrangements, flourishing slide guitar playing, and a mellower approach to music. It is a project that is kept separate from his other cannon of work; South San Gabriel and Centro-matic don’t meet on the stage, each band’s respective songs reserved for only that band. South San Gabriel’s last album, The Carlton Chronicles was released last year. 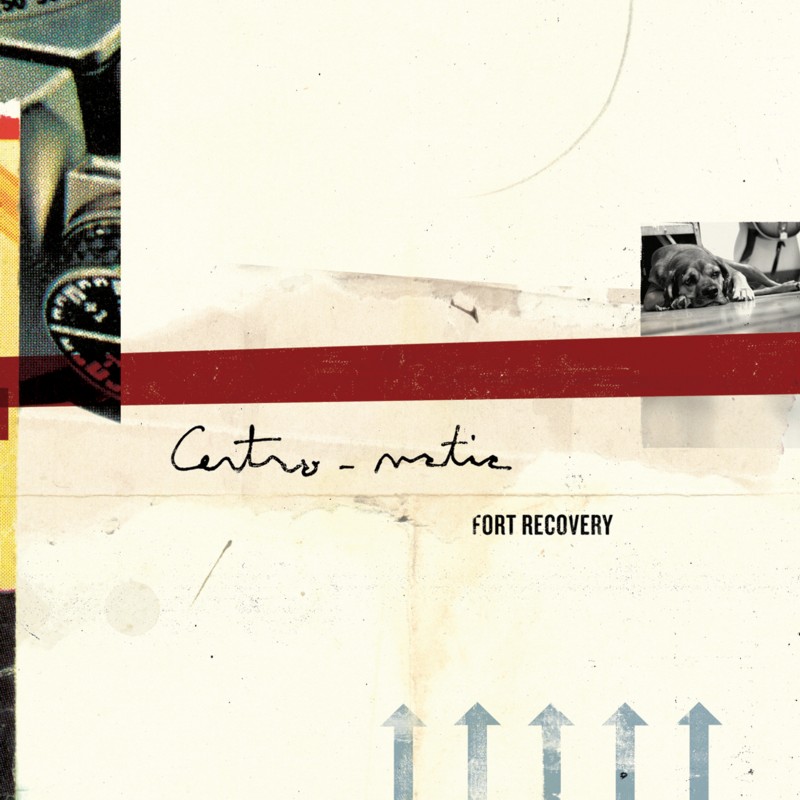 Centro-matic also entered the studio last year with producer Jeff Powell to record Fort Recovery – the band’s first album since 2003’s Love You Just the Same – following a consistent, yet successful, process they have utilized in the past. “We find that we kind of have our little system where we go in for three or four weeks at a time and kind of put our heads down,” Johnson said. “Lock everybody up and kind of go for it, and let certain songs that maybe I thought were kind of throw-away songs turn into some of our favorite ones, and then some of the ones that we think, ‘Man, that is definitely a ringer, we have to put that on the record’… sometimes those don’t come out. So there are surprises at every turn.”

The sessions produced over 20 songs, which were whittled down to 12 succinct, emotion-soaked classics. The resulting collection shows a maturity from the earliest recordings and particularly the Johnson-plays-one-man-band essence of the band’s debut, Redo the Stacks. The sound is is still fuzzed out, Johnson’s broken falsetto remains endearing, and the band’s pop hooks continue as emotive as ever, yet each track glimmers with a conciseness unfound on previous releases. Johnson said the tracklist for Fort Recovery was determined in a dorm room in Barcelona, Spain, during a South San Gabriel tour. “We sat there with all of our notes as to why we thought what should go there and where we thought it would go,” he said. “It came together pretty easy, actually. It was pretty surprising. There were a couple of songs people were a little divided on, but even then, it wasn’t fierce. 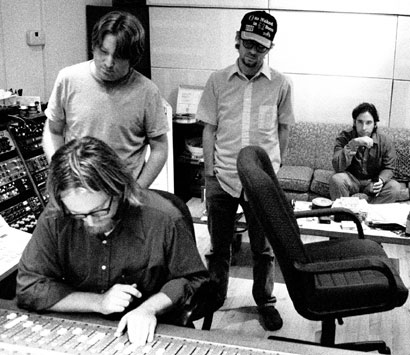 “It was pretty easy pick them, and I am grateful for that,” he added, noting a contrasting scenario when selecting songs for Love You Just the Same. “This was an absolute testament to how nerdy we really are. We are not cool kids. We sat around with 16 songs and we ranked them personally, one through 16, and furthermore, took the mean, median and mode to find out where they fell collectively.”

Projects like South San Gabriel and the Undertow Orchestra are now back on the shelf in anticipation of a busy year for Centro-matic. Fort Recovery hits the street this month on Misra Records, and a month-long tour will ensue, boasting stops along the East Coast, Midwest and Canada. And while acclaim is again trickling in from musicians and critics alike, it remains to be seen whether this will be “the” album to break Centro-matic out of semi-obscurity and garner the recognition too many feel they deserve. But to ask Johnson, it isn’t that much of a concern.

“You always want to get your music out to more people,” he said. “With each year that goes by with our respective endeavors and releases and stuff like that, and every time we go out and tour, I see it get a little better and a little better. And it is a very workman-like process, and I think we knew upon the inception of the band – with how we wanted to do things – that it was going to be a very workman-like existence for this band. That being said, we own all of our own masters, we have always demanded that, and a lot of labels don’t like the sound of that. But we do, we own all of our own masters. and we have total creative control. It can be trying, but there is no guess work. We know what we have to do to make ourselves happy.” 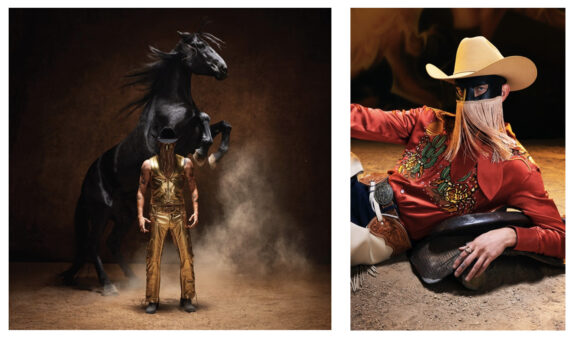 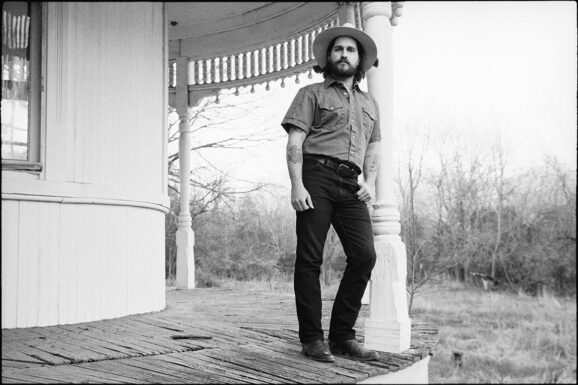 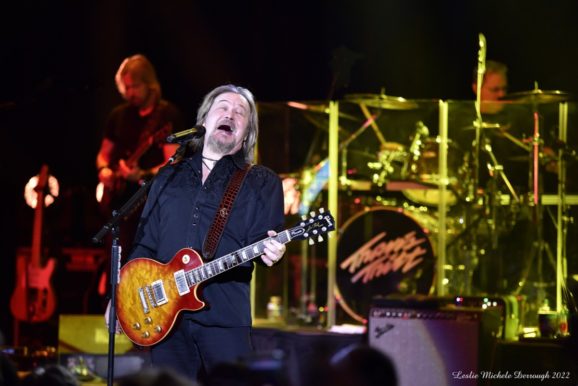