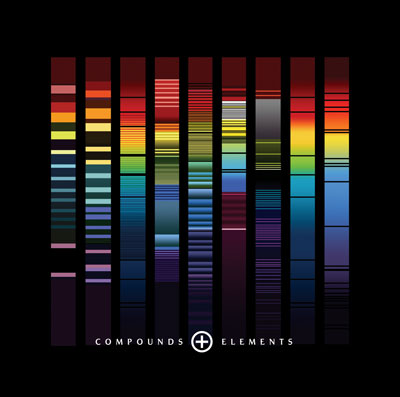 The All Saints label offers you a tour of the time-space continuum for less than $3 with its new sampler CD titled Compounds + Elements. Stars like Brian Eno, Andy Partridge and Harold Budd illuminate your journey through the ages, beginning with the solitary voice of Djivan Gasparyan, which rises from the campfire of music’s humble origins to remind us what the stuff of music really is. Next, the tribal drums of Jon Hassell and lonely flute of Gasparyan give way to an unpretentious piano recital, intimately played by Roger Eno. Finally, the theatrical sound of John Cale’s robust voice superimposed over delicate strings and a children’s chorus transports us to the present and beyond where, the techno-hip sound of Vacabou proves that groove is in the heart of space.

Dominic Norman-Taylor, founder of All Saints Records, took the time to answer some questions regarding this unique musical art collection and the powerful showcase of his diverse roster.

Each of the eighteen tracks on Compounds + Elements represent an album released on the All Saints label. How were the tracks chosen?

We wanted an album that could demonstrate the music not just of each recording, but also be representative of the artists themselves. In truth, Marconi Union played an important role in the choice and sequencing, and it works well.

You are responsible for signing the artists. What qualities do you look for when seeking new talent?

A fresh approach and not being afraid to experiment. Many of the releases on the label reflect our continued interest in exploring where (say) ambient meets classical or jazz meets pop. I don’t enjoy going from A to B via the same route each time – I always want to see what’s around the corner or down this path. It may add to the time taken, but it makes the journey more enjoyable. Similarly, I have no qualms over the overall starting and ending points of music, but the journey has to make me realize other possibilities.

The insert has a reproduction of a painting by Brian Eno. Can you tell me about that?

This is a two-color version of a brief moment from Brian’s new release ’77 Million Paintings.’ ’77 Million Paintings,’ which is out later in the year, utilizes the power of the computer with the quality of modern screens to create an ever-changing Eno painting that can hang in your office or home – or just sit happily on your computer screen.

The other side, with its thumbnail CD covers and brief descriptions, looks very much like a brochure from an art exhibit. I understand that, along with the re-release of the albums, the packaging has also been redesigned. Can you tell me about the idea behind that?

Artwork has always been important to us and certainly I am personally disappointed by a CD if the artwork looks as if little effort has gone into it. It is very much part of what people are buying and we wanted to give them a package that felt fresh and one that we had made an effort with. This gave us the opportunity to add new information (lyrics for example) and to remind people these albums are still as relevant today as when they were first released.

I think a chasm exists between people and the music they would enjoy because it really takes a lot of effort to seek out music they’d like to buy and listen to. Compounds + Elements seems to be a brilliant promotional move in that it’s filling that void by offering a big selection of artists and styles at a very reduced rate. Was that a conscious plan?

Absolutely. In an exercise to introduce, or indeed re-introduce, the label we knew something of quality was essential. Compounds + Elements was intended to be part of someone’s overall collection, not something to play once and then bin, hence the effort we put into the design, feel and content. It is an object we hope that is a pleasure to have in its own right.