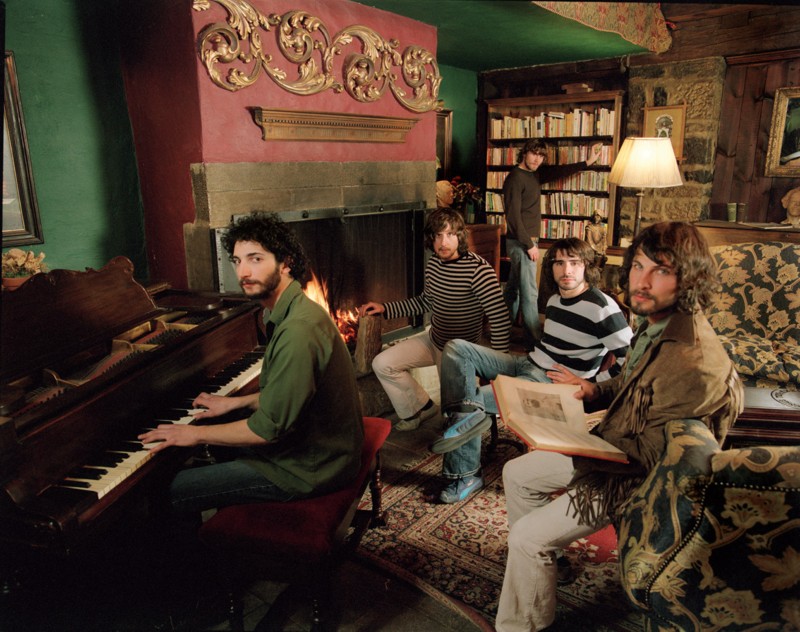 Some artists can spend their entire careers trying to recreate the magic they created on their debut record. Whether it was industry naiveté, a culmination of war stories from toughing it out together in a van for a decade, or just plain beginners luck, often that first impression is the one that lasts a lifetime. When that debut wins three major Juno awards (Canada’s version of the Grammy) for Artist of the Year, Album of the Year, and Rock Album of the Year, it makes that trip back to the studio for round two even more daunting.

Sam Roberts saw only one way to avoid all the obvious pitfalls and the potentials for an impending sophomore slump. He and the rest of the band – Dave Nugent (lead guitar), Eric Fares (keyboards), James Hall (bass) and Billy Anthopoulos (drums)- headed to a remote part of Australia, took residence in a renovated old church in rural New South Wales and set to work on the follow-up to the unusually successful, We Were Born In A Flame. The isolation not only gave the band focus, and allowed them to write without label scrutiny, but it inevitably gave the album a much more spacial sound, one with room to breathe and a comfort level not found in its predecessor.

Chemical City is still that roots-rock, Canadian version of Americana that fans will undoubtedly expect, though this time its tinged with psychedelia, and some 70s radio rockers. The combination solidifes Roberts as a gifted songwriter with just enough classic rock tendencies to propel him above the adult-alternative status quo.

We caught up with Sam to discuss their latest effort, the dubious task of making a follow up to Flame, and how the myspace effect has impacted the industry.

Although you’ve been in bands for years, this is the second album for the Sam Roberts Band. What makes this one different? What makes it work compared to previous efforts?

Well, there are a lot of things that make it different, but a lot of things that are just a continuation of where I’ve been trying to get to musically for a long time. It’s not that you go out and consciously try to make a record that’s different from the one before. As a musician, you should just be trying to evolve in some way. I think sonically its different…we played as a band more on this record, and I think that lent it an energy, a spontaneity that wasn’t really there on the first record.

That debut album was highly acclaimed, winning three Juno awards and was outspokenly praised by most critics. Were you surprised by such a grand reception?

At what point did you realize it was going to do so extraordinarily well?

[Not until] well after it came out…I mean I had no idea. Although we did have some indication based on – we’d released a mini album called The Inhuman Condition basically a year before we released We Were Born In Flame, and that was the record that really kind of propelled us forward out of total obscurity, into just relative obscurity. And that one actually did fairly well. So we at least knew we had a leg to stand on this time. Before it was always a case of just being completely anonymous and that’s a very tough place to start. So after a few months and the record was still there, people coming out to the shows. The tours themselves are always a great barometer for measuring how well a record is doing. People were showing up and they knew how to sing the words to the songs and that was a really great experience for all of us to see that unfolding for the first time. But in terms of where it ended up getting to, none of us had any idea.

What’s your reaction when you read statements such as ‘album of the year,’ or ‘best artist?’

Oh man, anytime there is one of these end of the world, cataclysmic statements made about something that you do, you have to take it in stride (laughing). It’s a matter of opinion, and just because its in print doesn’t make it fact. I try not to let that kind of thing sway the way I make music, or the way I feel about music I already made. You really do have to learn how to keep that in perspective.

And that applies to criticism as well?

Yeah, you know, to be called anything more than what you really are can be as harmful as it is good. The best way to prove yourself, the best way to have people see what you’re really about is to get up on stage and do it yourself. Playing for people lets you speak words directly, rather than having it filtered through other mechanisms. So whether a statement is sort of a negative one or a positive one, if its too far to the extreme in either direction, its probably not as close to reality as you want it to be.

So moving from that record into Chemical City, you obviously had a little added pressure…

The dreaded sophomore slump had to be in the back of your mind.

Yeah…I mean, I know the word. Same way I know a phrase like, manifest destiny. You know, its like, what is that? (laughs) We kind of just make them up and then expect people to live up to them. That seems to be the pattern anyways. I don’t know, I think Sophomore Slump to me was a long time ago. I’ve been making records a lot longer than the last few, so it doesn’t feel like a sophomore album at all.

In terms of living up to pressure for the first time, that’s where the real sophomore element comes into play. The fact that I never really had pressure before…performing on the sales level or anything before. That was part of the reason why I wanted to get out of dodge man, and go to Australia, and stay away from the prying eyes of the record label and stay away from sort of the life that we live in Canada. To have an experience that was completely different than anything else we’d ever really lived through before, and let that fuel the record. Not your career, not anything like that – not expectation, not pressure, and that’s what this record is all about – the recording of it anyway. Just going, being on our own, and living through something as a band and letting whatever music came out of that be what its gonna be. And that’s why when it was finished it felt like we’d done something that reflected very much who we were and what we wanted to do. But more importantly, what we wanted to get out of it. ‘Cause that’s the real pressure. What do you want to get out of your own music. What do you want to get out of your own album. And if you don’t live up to that, that’s where the real frustration comes in. Not so much what other people think of it.

In contrast to the last record, Chemical City feels like an intimate peek into the band – an invite to a rehearsal. Was it the time away, that isolated recording process that allowed you capture things more freely?

Absoloutely, yeah. There was no one to kind of sway things one way or the other, even to offer their opinion on something. We weren’t sitting at the end of the day in the studio mp3ing all the days tracking back to a record label to get approval for moving forward. We were completely shut away from everything and everyone. And the environment that we created ourselves really lent itself to exactly what your saying. Almost a feeling of rehearsing something. We were in this church, where there were no bells and whistles of a big studio where you can almost feel the dollars slipping away with every minute. That didn’t really exist for us. It just felt like we could work through things the way we wanted to work through them. Had we been, I think, in a big studio, we may have been tempted to use all of the tools to their fullest. [So] what we did was really raw. And that was the idea. The rock and roll records that I love all come from that kind of place. Music from Big Pink, you know, that kind of environment, and that’s what we were going for…getting back to that type of sound.

The CD breathes like a vinyl record. Was that the production process?

Well its production and lack of production…and that’s all the same thing in some ways. Sometimes its as important what you leave out of a record as what you put in. And it was about knowing where to stop too. So we just tried to keep it sounding as much like our band as we could. If you came to see us play or see us rehearsing, what would we sound like?

What about a vinyl version? Is that happening?

Oh yeah, its out now. With the last record as well. When I got We Were Born In A Flame on 180gram vinyl, that to me was the best, that’s when I really felt that we got to where we were trying to get to. I thought that record never sounded better. And now this one is no different.

Things are continuing to change rapidly in the music industry – they even changed dramatically since your last record. How does myspace, the influx of blogs and even iTunes for that matter play a role in exposure, word of mouth, and ultimately the success of an album?

It’s been huge. [When the record was released in April in the states] we got so many hits on our myspace page all of a sudden. I mean, you look at the numbers…you get a few thousand people go in and listen to your songs everyday. We never had access to that wide a fan base before. That was just something we’d never been able to tap into. And now it just seems like its so much a part of the culture of releasing records and playing in a band. And its an adjustment on everybody’s part – obviously it’s a huge adjustment for the record companies, everybody’s scrambling to make sense of it – but also for the bands themselves. You have a bit of control given back to you. You can actually go out and reach a hell of a lot of people without having to go through the traditional channels, which end up costing you sometimes more than they give you. So we’re putting this record out on our own label this time. We’re getting distribution through Fontana and managed to get our own publicity companies, and were really putting all of the pieces of the puzzle together ourselves this time. ‘Cause it just seems like that’s the way things are moving right now – taking back some of that control, and I’m glad that we’re in the position to do that now, where the tides are turning.

Its really breaking barriers between the U2s of the world and the garage bands, where everyone is on a similar level now.

Yeah, five years ago you’d never think you’d see anything like this, but here it is. And its up to bands to adjust the method of delivery that fans are looking for. ‘Cause that’s really what it is. I mean you have to make music as a band, but how you get it out there [is important too]. I don’t think there’s ever been a better opportunity for bands to take matters into their own hands. 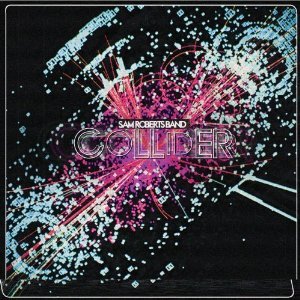