In "Lullabies for Lunatics," Filipina hottie Dina Concina has come up with some of the most misfit mall-goth in history – sort of like if your overeducated New-Ager sister were trying to give you a scare. Lots of discordant off-Broadway coffee-shop-metal soliloquies about taking poison, hanging out in coffins and whatever else little goth girls are made of. There’s a viola player, too, basically to piss you off. ghostorgy.com

As anyone who’s ever read this column knows, I’ve pretty much given up on anything new stumbling onto the death metal sphere. The ponderous amount of interchangeable Megadeth wannabes make writing them up a resoundingly loathsome chore – what positives can one list about a band when there is near-literally nothing to distinguish them from another bunch of same-"thinking" chumps from Muskogee aside from the "cleverness" of their intro shtick?

Although this poop-bombing-bird’s eye view isn’t unique to me, I’ll caveat here by mentioning that every critic gets jaded when they stick with a niche. Listen to too much of any sort of rock – from prog to punk – and you’ll end up tossing 90% of the stuff to friends, enemies or kids in the neighborhood.

With all this crap said, Nile’s Annihilation of the Wicked is an earthquake in a jewel case. The double-bass drumming quickly becomes a thundering stampede of calf-straining but dead-on 1/64 notes, and with Karl Sander’s unique growl-roar (I know, I know) and the overall in-your-faceness of the production it all comes up a real winner. Having long been on an Egyptian mummy trip, Sanders successfully weaves studious Middle Eastern musical wetware into the hyperthrash circuitry, all of which results in an understated eeriness to the frenzy that’s quite inspiring. Best of the lot is "User-Maat-Re," which is Metallica enough to rope in those whose tastes run screaming from sub-Slayer spike-core attempted by earnest-faced dolts. www.relapse.com

Infectious remix album spotlighting the versatility of these well-established gods of bleep-bloop runway-model-techno – you’ve probably been exposed to Haujobb while waiting for the missus to try on some revealing blouses at Express. It’s not so often that you’ll find a synth band so (rightfully) confident about their versatility that they’ll put the same song back-to-back, as seen here on the two vastly differing arrangements of "S.adow," one of the songs from 2003’s "Vertical Theory" from which this collection sprouted. www.metropolis-records.com

If Chris Cornell – rather than Glenn Hughes – had fronted Black Sabbath on Seventh Sign, this is exactly what you would have heard, and that record would have gone a lot higher in the Top 100. What’s found here on Grand Magus’s second full-length is sorely missing from the scene: straight-up street-metal – not thrash, not doom, not Hell’s Angel blooz, but a varying speed vocalist-driven fusion of all the above. OK, friggin righteous is what it is, even if I would have brought the anthemic Mesa Boogie crusher "Light Hater" way up in the playlist. Do not, repeat, do not pass on this just because they’re from Norway, either – I’ll double your money back if you don’t end up humming at least two of these tunes to yourself while testing out your coiled-snake-stare as you amble into a bar. Excuse me while I steal a Ferrari and smash it into a suburban home. www.grandmagus.com

Chintzy instrumental futurepop that might have scored points had the band gotten off their xenophobic asses and found any bum on the street to contribute even a laughable attempt at vocals, but as is this isn’t much more than a slab of Velveeta. The Casio-kiddie hand-clap syncopation makes a nice gravestone. www.wtiirecords.com

Mindless Self Indulgence – You’ll Rebel To Anything (Metropolis Records)

Unscrewed in-your-face techno/futurepunkmetal wild-assness recalling the spazziest of early Bowie with Darkness vocals and sampled Marshall stacks. The persuasive Buzzcockian hardcore of "1989" copulates well with Queen-on-crank experiment "You’ll Rebel to Anything (As Long As It’s Not Challenging)", and there’s a piss-take of Rush’s "Tom Sawyer" in case any villagers were left not having yet taken up a torch-carrying chase after these video-gaming brats. You’ll either love this or feel vaguely threatened by its space cadet dickheadedness. www.metropolis-records.com

Mildly compelling nu-skate-core with an obsessive-compulsive slant on speed changes and oddball internet characters. These Massachusettsans will be playing at Wakefield’s United Methodist Church on June 10th and at Club Drifters (Nashua) on July 7th. www.theauburnsystem.com

Riff-oriented Motorhead-meets-Helmet Harley-core that should placate fans who don’t readily embrace calc-metal, this leans more toward early 90’s thrash and has the basics therein down to an easily digestible art. An anarchist’s-eye-view of world events never hurts, either. www.devildollrecords.com

Industrial doom tech-metal concerned more with hellish atmospherics than riffage. The heaviness here simply can’t be paralleled – try picturing Ministry doing the music for all of humanity going down in molten flames. Mollusk-slow power chords over sampled apocalyptic found-sounds, slo-mo volcanic explosions and screaming. Not to infer that this French release was meant as pure noise – there are black-metal vocals throughout – but it does leave the band with two wide-open options for direction at this point: soundtrack gigs or (with no small effort to expand their guitar range) the greatest doom since Sabbath’s Master of Reality. In the meantime, "Tectronics" makes all the Obsessed cloneage look like Barney the Dinosaur. Definitely some whackos to watch. www.candlelightrecords.co.uk

80s-style dragon-slaying pomp-metal from Germany includes keyboards from Don Airey (ex-Ozzy). Guarding Don’s enchanted lair is a Bruce Dickenson Mini-Me wielding a magic sword that can decapitate a mountain troll and then slice an orange so grandma can get her vitamin C, all guaranteed by Ronco or something. www.crashmusicinc.com

Belay the usual baby-Megadeth jokes this month as we have here a real contender competing in the Linkin Park leagues – and with marks high enough to warrant general investigation. Vocalist Simon Calabrese switches rather deftly between nu-metal sonic blasts and thrash-monster cough-drop bellowing. Songs consist of tight and well-written bombast falling somewhere between Korn and Metallica compiled with a sly eye toward commercial possibility with the hayseeds. www.metalblade.com

Teutonic blend of hoarse-throated hardfloor EBM and bitter-hearted ominous darkwave; the grooves here are relentless and the sampling gives the record more than enough depth to dissuade any S&M-club hacker comparison. Compare to SITD and perhaps Hocico. www.metropolis-records.com 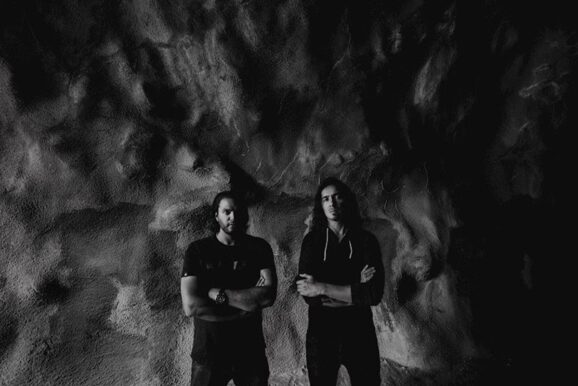 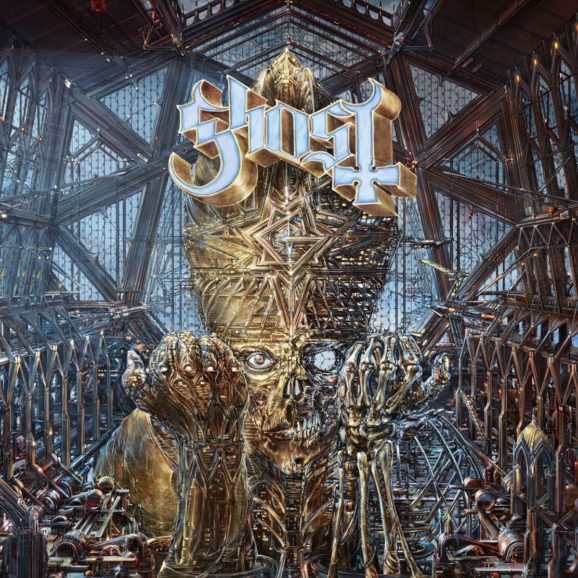