"The feel, the energy of LIBERTAD is about the eternal struggle for freedom — personal and social freedoms."

So says Velvet Revolver’s frontman Scott Weiland in describing the band’s forthcoming album LIBERTAD, scheduled for release July 3 on RCA Records.  It will be preceded by the track "She Builds Quick Machines."

"LIBERTAD has soul," Weiland continued.  "What we’re trying to say on a musical and lyrical level is clearer this time.  The songs may have started out being very personal but they took on a more universal truth as they were nurtured by the five-headed beast that is Velvet Revolver."

"The songs took on a life of their own in pursuit of groove.  When it was nearly done, we realized the idea of freedom kept coming up.  Serendipity hit when Duff came to a session wearing a t-shirt emblazoned with ‘Libertad’ and Slash found a coin struck with ‘Libertad’.  It all added up to naming the album LIBERTAD which is Spanish for freedom."

Produced by Brendan O’Brien, LIBERTAD is the follow-up to CONTRABAND, VR’s debut album, released in June 2004, which earned three million in sales worldwide, debuted on the Billboard Top 200 Album Chart at #1 and was awarded a Grammy for the lead track, "Slither."

"O’Brien really helped us challenge ourselves on a musical level.  LIBERTAD definitely rocks, but there are a lot more textures and everyone really raised the bar on their skills.  It just goes places the first album didn’t go."

Between CONTRABAND and LIBERTAD, Velvet Revolver toured the world and supported each other through personal struggles, becoming even more tightly bonded as brothers-in-arms.  "We toured for two years and got really close in the making of this album."

Velvet Revolver has confirmed a swing of 12 North American concerts launching May 3 in Los Angeles and concluding May 22 in New York City.  The shows, primarily in intimate settings, will include a sampling of tracks from LIBERTAD.

The road warriors will spend June on tour in Europe with an emphasis on festival appearances, followed by a Canadian swing, and a big American tour at the end of the summer.

Check the band’s website for the latest tour updates: www.velvetrevolver.com. 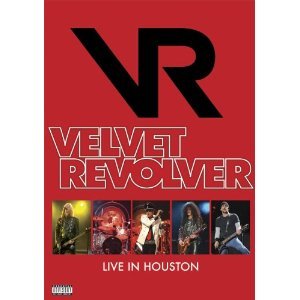 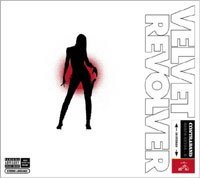