I’m From Barcelona, Let Me Introduce My Friends (Mute Records)
Raffi for crook-leg dancers, requiring 29 band members to get its point across.  Fans of TV’s Fawlty Towers are well familiar with Manuel the waiter’s all-purpose tag line, and ironically enough that’s the approximate size of the fringe audience who’ll readily fall to the charms of this way-too-many-piece outfit: limey sitcoms are distinctly love it or hate it things, ditto with this.  IFB’s raison d’etre is getting crowds to sing their pneumatic, minutiae-obsessed choruses, something you’re sure to find yourself doing if you’re into purveyors of roots-poppy nothings like Califone (or the Beach Boys, Archies, ad infinitum).  The fact that they’re Swedish, signed to a big label, and your humble wimp-rock-hating reporter here didn’t huck their CD onto the breakdown lane of Route 93 should provide sufficient testament to the catchiness of the tunes; there’s a great degree of singability here, even with lyrics that dwell on potty training and alarm clocks.

Sick Puppies, Dressed Up As Life (Virgin Records)
The Million Monkeys With A Million Recording Studios Theory says that given enough random whacks at any genre, someone’s going to do something interesting.  That’s not to take anything away from Sick Puppies, whether or not they really do listen to nothing other than Thursday et al, and lord knows they work strictly out of the factory-issue emo assembly kit – vocals courtesy of Bullet For My Valentine, riffs boosted from Blink 182 – but here’s some mall-punk with, wait a goddam minute, well-tendered key changes, almost Fall Out Boy-ish in its righteousness.  The lyrics are right out of a Tarantino After-School Special, so over-the-top as to be rendered hilarious unless you’re the parents of the one kid who’s going to poison himself Sharpie-ing the lines over every inch of his skin. Hmm, whatta we got here… “My life’s so pitiful, gimme one good reason I shouldn’t end it all.”  Dr. Phil to the GameStop clearance kiosk, stat.

Kings of Leon, Because of the Times (RCA Records)
Times up, Kings of Leon, now blow us away or bug off back to the eighth circle of Nashville.  As nervous Xtian-fundie-raised teenage hicks, you were lavished with so much frankincense and myrrh from the indie press that they were about to impose mandatory drawings-and-quarterings on all infidels who dared diss you.  “Keep hope alive,” they all murmured, raising curdled-milk-colored fists to your Screamin’ Jay Hawkins vs Mission of Burma fever dreams, “these guys really like playing music,” as though you’re the only band that really does, and somebody let you open for Dylan – do you even know what that means?   These days, though, nobody gets it, do they.  All the oldbies point out the Strokes-sized buzz you had, so the newbies are erroneously comparing you to the Strokes when reporting on your music, and since both newbies and oldbies erroneously compare Caleb’s voice to Bon Scott’s instead of Screamin’ Jay’s, everybody’s running around yelling Bon Scott! and Strokes! in the same sentence.  So you do what any other bunch of rebellious farm-kids worried about class-action fraud lawsuits would do: throw in some hand-me-down Pixies dada and call it “a logical next step.”  This is a job for Superman, Kings of Leon, and I am here to help you.

Klaxons, Myths of the Near Future (DGC/Geffen Records)
If the road to the nu-rave zeitgeist is paved with the staple Mick vs Madness falsetto of half the alt-rock bands goosing scenesters worldwide, Klaxons may be on to something, but there’s plenty of room in this newborn genre for more angst and artisanship.  These Brits’ much-hyped love-hate relationship with being tagged the Beatles of nu-rave didn’t prevent them from throwing a few squiggly synths, acid-house air-raid sirens and other remnants of old-rave on their new album, funnily enough, so if they’d really wanted to lose the glow-stick artists they’d have left those out and toned down the drum software. But they didn’t, and what that opens things up to is the very real threat of having their hammy Richard Hell/Sonic Youth/LCD threesome remixed by every Eurotrash DJ out for a resume bullet, not that there aren’t fates worse than that.  Advance single “Golden Skans” is the must-download for the straights, “Totem on the Timeline” the genre benchmark, “Magick” a cruise down no-wave alley.

Umphreys McGee, The Bottom Half (Sci Fidelity Records)
Midway between the quasi-rock-star jamming of My Morning Jacket and the uber-prog jamming of Particle sit Umphreys McGee, now on their fourth what-me-worry jamming record, a double-disc set.  You can’t seriously say you haven’t heard of these guys by now, being that their PR army was giving away copies of Safety In Numbers like mini-comics at a Mormon bake swap, but just in case, that album was one of 2006’s most heavily buzzed, containing elements of, well, every style ever invented, its only common thread being Brendan Bayliss’ cool-breeze Steely Dan tenor.  The Bottom Half is marketed as a B-sides collection with a bunch of studio outtakes, but the cynic in me suspects that it’s a B-sides collection with a bunch of studio outtakes only released because they haven’t written any useful new material in an entire frickin year – at one point they start kidding around on-mike about “dragging out a song” and you wonder how often that happens.  Obviously targeted toward completists, newcomers will nevertheless find much to admire about the band’s approach to whack-a-mole-ing Jimmy Buffet, Blue Oyster Cult, Allman Brothers, Rush and, you know, every style ever invented.

Kaiser Chiefs, Yours Truly, Angry Mob (Universal/Motown)
Psst.  Oi, you.  Yeah, the one in the Who tee shirt.  Had enough following the bouncing indie ball month to month, blowing your budget on albums that only have one good song on ‘em? Well try some of this Kaiser Chiefs stuff, man.  They’re from Leeds, you know, like Live At Leeds, like the Who.  No, their drummer doesn’t “wail” like Keith Moon, and they don’t have… oh never mind.  But every song on here is cool, if you like British guitar-hero riff rock that sticks to your brain cells like a teenage mutant turtle hanging ten.  Somehow they put Oasis, Squeeze, Futureheads, The Jam, Buzzcocks and Foreigner in a blender and it came out awesome, the whole album.  They even change tempos RIGHT IN THE MIDDLE OF SONGS.  Oh, no, no, it’s not gonna change the world, but… huh? Are they better than what?  Citizen Cope?  Go away kid, ya bother me.

Lesbians On Ecstasy, We Know You Know (Alien8 Recordings)
As lesbian crunch-techno bands go, LOE shouldn’t be judged by their cover.  The insert warns us that here there be mighty bloviations about womyn and sisterhood in the form of covers of 70s songs released on labels like Olivia Records, and there’s no doubt that these bruisers could kick the asses of half the guys at UNH, and after one look at their Woodstock getups you’re immediately like, Oh boy, break out the Moogs.  Thing is, as embarrassingly bad as this could have been in the hands of Issues R Us yoga-meisters, it’s done so well that you’d swear that all these, you know, womyn ever listen to is Oakenfold and Scumfrog.  Matter of fact, it’s only for lack of perhaps one extra synth layer, tops, that this couldn’t just as well be a big-league dance mix aimed at today’s clubs.  Leadoff track “Sisters in the Struggle” is a bit rah-rah, but just knowing that it’s out there ready to pounce on unwary values voters is gleeful.

Wumpscut, Body Census (Metropolis Records)
Out to people-please this time out, Rudy Ratzinger explores the goth-techno grey area between his last two records, 2005’s (bloody incredible and my own Best Album pick that year) Evoke and last year’s (depressingly been there) Cannibal Anthem.  He’s well-branded now, no longer ripping off Enigma drumbeats or spoon-feeding inverted-cross blasphemy to his S&M-fashion peeps, thus you’re well-prepped for entry: there’s the monotone snarl, the wispiness, the EBM asides and the occasional soap-opera heartstrings.  Aside from one or two bright spots, Cannibal Anthem was a textbook case of tail-chasing, a rote look at anger-management industrial/EBM that others are pulling off just fine, thank you, so by turning to his own Evoke for inspiration he succeeds where 99% of his wannabes cannot.  “The Beast Sleeps Within You” alone has enough strange beauty and O Fortuna gravitas to qualify the entire LP as Evoke II, but the real Scooby Snack is the eponymous tune, whose features include a synth-whoosh to die for.

James Zabiela and Nic Fanciulli, One+One (Ministry of Sound Recordings)
House remix team-up of deck wunderkind Zabiela and Buick Project’s Fanciulli.  While it’s too early at this writing to gauge the fallout from the Winter Music Conference debut of this 2-disc collection, it’s safe to assume there were a few confused looks in the club, and, conversely, plenty of jaded fabulazis who positively adored it. Zabiela’s fingerprints are all over this, being that the circuits tend to crackle when not immersed in deep percolation (for its first few minutes, Deep Dish’s “Future of the Future [Stay Gold]” is less a remix than an acid bath teeming with shadows of the notes that comprise it).  And so it goes throughout, hypnotic sexiness marginalized by woozy, staticky tangents that would assumedly be a mite too underground for a local club like WB (their DJ, by the way, has a standing invitation to get his mix in here for review, since I shan’t be arsed to deal with any velvet rope nonsense, like ever).  Continuity is excellent once past the time-wasting Daft Punk-as-beat-poet robo-voiced intros.

The Old Soul, The Old Soul (Friendly Fire Recordings)
Patchwork quilt of chintziness from nearly every era of rock, foretelling a “Remembering the Oldies” medley played by the house band at the 2025 Grammys.  Luca Maoloni’s crippling ADD has produced an Exxon Valdez genre-spill that would either be A), the only record you’d ever need on a desert island, or B), the most fetid mound of post-alt bollocks you could imagine, depending on how you were raised.  Originally released on the band’s own Hand Of God label in 2004, when it was arguably less safe to be this worthless, it exposes Maoloni as a leisure-class attention-mosquito who fancies himself a cross between Sufjan and Zappa: bad xylophone introduces bad Smoky Robinson karaoke interrupted by bad metal guitars and bad mariachi horns with lyrics rhyming “lion tamer” with “what a flamer” in “P is for Protein,” and that’s just the first 4 minutes.  Your skip button will also happen upon a Cliff Richard/Interpol/Gaelic Storm powwow at “Booby Trap.” 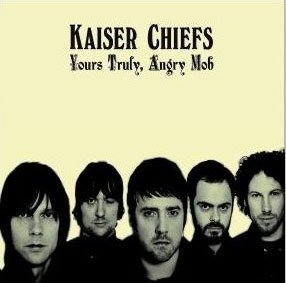 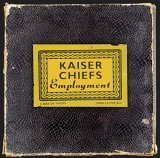