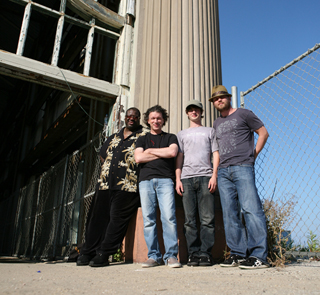 All roads lead north for the band after the holiday, as Steve Kimock prepares for two New York performances in conjunction with Phish’s December run at Madison Square Garden.  Kimock has a lot to be thankful for this Thanksgiving besides his underlining passion of continuously being able to make music with his eldest son.  Crazy Engine, which he set loose on the rails back in January 2009, is steaming ahead with a new found burst of creative chemistry and a new lineup alongside NOLA native ivory wrangler Melvin Seals.