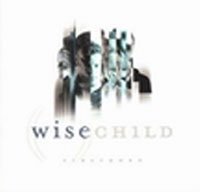 Never underestimate the power of a well-wielded fiddle. It can throw some earth into an air-and-water mix, the result being a musical concoction that breaks you out of your usual genre-hungry mold. Such is the case with Wisechild

The Shins Round Up New U.S. Dates

New Mexico’s hottest indie-poppers,The Shins, are heading out on another North American tour. The group spent most of the fall on the road, and after a short holiday break, they’re ready to do it again.
The band kicks things off January 31 with a double spot at Seattle’s Showbox. They’re scheduled to swing down the West Coast before doing a few scattered dates in the East.
All Night Radio, Magic Magicians, Cass McCombs, and Sam Jayne are helping out in various capacities as opening acts on the tour, which wraps with another double-nighter February 14-15 at Irving Plaza in New York.
The Shins got their start in the late ’90s with some supporting gigs for Modest Mouse and two 7″ releases on Omnibus Records. Sub Pop soon grew interested and released their 2001 debut, Oh, Inverted World. The band is currently supporting their sophomore effort, Chutes Too Narrow, which met with rave reviews when it hit the streets last October.
Source Pollstar.com.