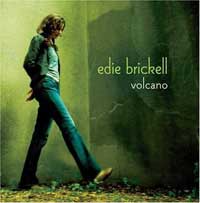 One strum of a guitar and then Edie Brickell 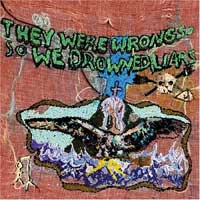 Liars: They Were Wrong So We Drowned

The only promise these tunes can deliver is one for the cult lavish, who enjoy their music on the dirty and dark side. It’s been said the Liars frenzied live performances are quite the catch on the New York scene, so hopefully that energy is a bit more cohesive than the one preserved on record.

Remastered and expanded editions of five Jerry Garcia albums will make up the bulk of a new Rhino box set. Due April 20, All Good Things: Jerry Garcia Studio Sessions collects all of the late Grateful Dead guitarist/singer’s solo studio albums, released by Arista from 1972 through the decade that followed. Rounding out the set will be a sixth disc, Outtakes, Jams & Alternates, featuring previously unreleased recordings.

The albums making up All Good Things are Garcia’s 1972 solo debut, Garcia, 1974’s Garcia (Compliments), 1976’s Reflections, 1978’s Cats Under the Stars and 1982’s Run for the Roses. Each adds a wealth of material, from alternate recordings of “Sugaree” and “Loser” on the first album to covers of Bob Dylan’s “Simple Twist of Fate” and “Tangled Up in Blue” and the Beatles’ “Dear Prudence” on the last.

Completing the set’s four hours-plus of previously unavailable music, Outtakes is comprised of 12 cuts. Highlights of the disc include an alternate version of the Rolling Stones’ “Let’s Spend the Night Together” (which appeared on Garcia (Compliments)) and a cover of Warren Zevon’s “Accidentally Like a Martyr.”