Former Black Crowes frontman Chris Robinson gets a lift from the group’s one-time guitarist Audley Freed on “This Magnificent Distance,” his debut for Vector Recordings. Due June 29, the set features one Robinson/Freed co-write plus several tracks featuring Freed on guitar. In addition, Freed has joined Robinson’s backing band New Earth Mud, which now features bassist George Reiff, drummer Steve Distanislao and keyboardist Rob Barraco, who until recently was a member of the Dead.

The set is the follow-up to Robinson’s 2002 solo debut, “New Earth Mud” (Redline), which reached No. 2 on Billboard’s Heatseekers chart and No. 4 on the Top Independent Albums tally. Five songs were penned by Robinson, while six are co-writes with frequent collaborator Paul Stacey, who also co-produced. The tracks “Mother of Stone” and “Like a Tumbleweed in Eden,” were produced by Ethan Johns (Ryan Adams, Counting Crows).

Highlights include the Crowes-leaning “Mother of Stone” and first single “40 Days,” the soulful vocal performance on “Like a Tumbleweeed in Eden” and “Girl on the Mountain,” which recalls the trippy, haunting side of Pink Floyd. The album also features the 8-minute “When a Cold Wind Blows on the Dark Edge of Night.”

“My first album sounds like a Sunday morning record — it’s about being in love — and this one brings up a lot of questions about freedom,” Robinson says. “And what does freedom mean, because I don’t think it’s the freedom to consume. I think in America people have forgotten their imagination.”

Robinson and New Earth Mud will begin an extensive tour April 30 in New Orleans and will also make a previously announced June 11 appearance at the Bonnaroo festival in Manchester, Tenn. Beginning July 4 in Portland, Ore., the group will open six dates for the Allman Brothers Band. 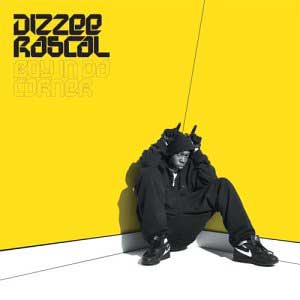 Leave it up to a 19 year old from London, England to put out one of the very few albums in years to be true to the

Sonic Youth, moe, My Morning Jacket And Others To Play The Great Bamboozle

Sonic Youth, My Morning Jacket, moe. and On The Speakers are among the bands confirmed to play the Great Bamboozle, to be held June 4-6 at the Stone Pony in Asbury Park, N.J. Three-day and single-day tickets can be purchased from the event’s official Web site. Antigone Rising, Railroad Earth, Om Trio, De Sol and the Breakfast will also be on the bill.

From there, Sonic Youth heads Down Under for eight shows in Australia and New Zealand, beginning June 15 in Canberra and wrapping June 26 in Auckland. Dinosaur Jr. principal J Mascis will support.

Sonic Youth is touring in support of its 19th full-length, “Sonic Nurse,” due June 8 via Geffen. The 10-track set is three songs and nearly 15 minutes longer than its 2002 predecessor, “Murray Street,” but revels in a similarly less bombastic sound, with a noticeable classic rock shading. Highlights include the wistful “Unmade Bed,” the uptempo, melodically memorable “Dripping Dream,” the subtle political commentary of “Peace Attack” and the Kim Gordon-sung opener, “Pattern Recognition.”

As previously reported, Sonic Youth is confirmed to appear on this summer’s Lollapalooza tour alongside Morrissey, Modest Mouse, Flaming Lips, String Cheese Incident and the Polyphonic Spree. The group previously headlined the tour in 1995. 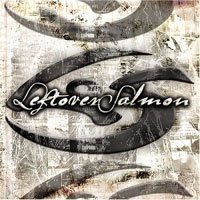 With a handful of new musicians added since their last album five years ago, Leftover Salmon has returned with a more mature edge, that blends their unique bluegrass with new spicy ingredients.

Rumors have surfaced that The Rolling Stones are working on their first new album in seven years.

New Ryan Adams EP Due Out

In addition, Adams’ two recent “Love Is Hell” EPs will be combined onto a single 15-track disc to be issued May 4 by Lost Highway. The EPs debuted late last year on The Billboard 200 at No. 78 and No. 171, respectively.

Adams has been sidelined since injuring his wrist in a Jan. 22 fall from a Liverpool, England, stage. “[I’m] currently doing stuff but its none of anybody’s business and get out of my yard before I hit you with a rake,” Adams says by way of an update on his official Web site, which also features post-operative pictures of his injury.

Comic actor Jack Black has been in cast alongside Naomi Watts in Peter Jackson (news)’s remake of “King Kong,” the director said Monday.

Black will play Carl Denham, an adventurer filmmaker who is trying to make a name for himself in 1930s New York. Robert Armstrong played the role in the 1933 original.

Watts is playing Ann Darrow, an American actress who makes a living performing in Broadway song and dance shows. The project, which will shoot in Jackson’s native New Zealand, is set up at Universal Pictures.

“I’ve been wanting to work with Jack Black ever since I saw him in High Fidelity,” said Jackson, who is also writing the remake along with his “Lord of the Rings” co-screenwriters Fran Walsh and Philippa Boyens. “He’s a smart and versatile actor blessed with an abundance of energy and charm and I’m absolutely thrilled that he is joining us on ‘Kong.”‘

Black earned a Golden Globe nomination this year for his starring role in last fall’s hit comedy “The School of Rock.” His other credits include “Orange County” and “Shallow Hal.”

Morrissey, Flaming Lips, Sonic Youth and String Cheese Incident are among the acts confirmed for the 2004 Lollapalooza tour, Billboard.com has learned. This year’s event will mark the debut of a two-day format and a more diverse musical lineup. Tour founder Perry Farrell will also be involved as a DJ or host, although his band Jane’s Addiction is not expected to be on the bill. Offers are also out to such acts as Black Rebel Motorcycle Club, Le Tigre and the Fire Theft.

“The only theme to the whole thing is eclectic music not driven by the commercial marketplace,” says Marc Geiger, the agent for Lollapalooza at the William Morris Agency, one of the founders of the festival. “Lollapalooza is different from year to year, if you look at it historically. Some years it was more indie, some years more dark.”

Two days means more bands, Geiger points out. “There are just too many great bands, and the one-day rock festival with 13 acts format has been co-opted by the radio shows,” he says. “What we’re doing is more akin to the great European festivals that originally inspired Lollapalooza, as well as [events like] Coachella and Bonnaroo. The two-day format will once again differentiate Lollapalooza from what everybody else is doing.” 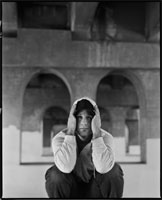 Singer-songwriter Gary Jules has recently hit the top of the charts with Michael Andrews and their remake of the Tears For Fears song, “Mad World.” However, Jules 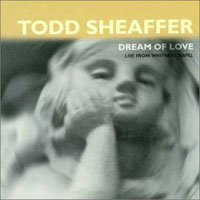 Recorded in 1999 after the dissolution of Todd Sheaffer’s old band, From Good Homes, this performance predates Railroad Earth but stands as a document of Sheaffer’s nascent talents and burgeoning skills that play such a pivotal role in the RRE sound today.