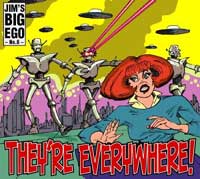 A cross between Jack Black and Barenaked Ladies, Jim 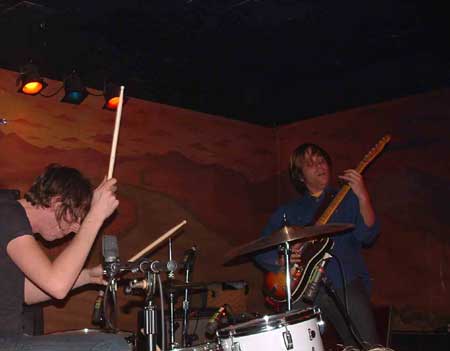 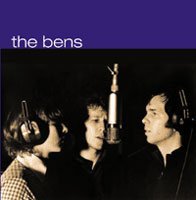 The Bens: The Bens

After touring Australia together as solo artists in the early 2003 Bens Tour; Kweller, Folds, and Lee put together this ditty of four quick, pop shiny numbers that follow with distinction, yet leave with desire.

Pixies’ Retrospective CD/DVD Due In May

The eagerly awaited Pixies ‘Best Of’ compilation and career-spanning DVD are to be released in May, coinciding with the band’s reunion tour.

The band’s former label 4AD issue the 23-track compilation Wave Of Mutilation and DVD called Pixies on May 3 (May 4 in the US), Billboard reports. This is shortly after the band’s co-headlining appearance at the Coachella Festival in Indio, California on May 1.

The DVD will feature eight Pixies videos, a 1988 concert taped at London’s Town And Country Club and the documentary Gouge, which features interviews with Radiohead’s Thom Yorke, David Bowie and Bono.

The band play their first live shows in 12 years this spring, kicking off in Winnipeg on April 14. The jaunt includes an extensive trawl round the summer European festivals, a couple of dates supporting Red Hot Chili Peppers, and a four-night, sold-out residency at London Brixton Academy.

A statement on the band’s new website pixiesmusic.com states: “The Pixies have rehearsed and they will rehearse again in March in a secret location in Los Angeles.

“Yes, they have decided which tunes they are doing. For the most part, they’ll be doing Pixies ‘ tunes. As for new songs, there’s a Latvian lullaby, a Czech dirge and a Bulgarian ballad.”

Once again, Smilefest comes complete with a wide range of activities to complement the three stages of music. An expanded and improved children’s area fosters a family-friendly atmosphere, while the late night cartoon and film corral add entertainment possibilities for the grownups. Community activism also plays an important role at Smilefest, where structures will be built on-site for Habitat for Humanity and voters will be registered in an effort to increase participation in the democratic process. The annual campsite decoration contest will once again be in place, except this time it will be judged by campers themselves. Look for Smilefest’s expanded Web site to launch in the coming weeks. Union Grove, North Carolina, is located on I-77, 12 miles north of Statesville and 60 miles north of Charlotte.

The full list of confirmed acts can be found at www.smilefest.com.

A stellar lineup is in store for one of the biggest roots music events of the year, coming up this spring. This year’s Doheny Heritage Music Festival boasts headliners James Brown and Los Lobos, as well as a staggering array of living legends and contemporary stars.

Tributes to musician Horace Silver and producer Tommy LiPuma will play a special role in the 25th annual Tri-C JazzFest Cleveland, set for April 14-25 at venues around the city. A jazz and hip-hop experiment, as well as performances by Regina Carter, Joe Zawinul and Brian Auger, will figure in the event’s silver anniversary.

David Sanborn, Al Jarreau, Joe Sample and others will perform the music of hard bop pioneer Silver, who early in his career played with the likes of Stan Getz and Art Blakey’s Jazz Messengers, April 16 at the Allen Theatre. The next night, the same venue will host “The Art of LiPuma,” with Diana Krall, George Benson, Dr. John and Jimmy Scott paying tribute to the Verve chairman and legendary producer.

The Sam Rivers Trio will perform April 15 at the Museum of Contemporary Art Cleveland, Carter’s April 22 show will be staged at the Cleveland Museum of Art and the Joe Zawinul Syndicate’s April 23 show will inhabit the CCC Metro Auditorium, while Auger’s April 25 concert will take place at the Rock and Roll Hall of Fame and Museum.

In addition to the many ticketed Tri-C JazzFest Cleveland events, the festival will also present free concerts at Tower City, the Beck Center for the Performing Arts and Karamu House.