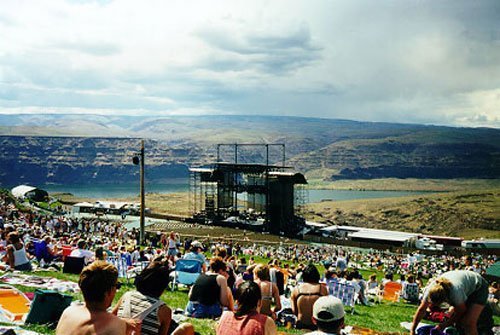 As the warm months draw near, it’s that carefree time to enrich ourselves in an annual right of summer

Bob Dylan appears in a new series of commercials for Victoria’s Secret, his grizzled face intercut with shots of model Adriana Lima cavorting though Venice in a bra, panties and spike heels.

Don’t worry. The 62-year-old Dylan keeps his clothes on.

Dylan’s song “Love Sick,” from his Grammy-winning 1997 album Time Out of Mind, provides the musical backdrop for the spot, which airs in 15-, 30- and 60-second versions.

It promotes a new line of lingerie, the “Angels” collection

As expected, the Pixies have begun booking dates for a fall North American tour, which will begin Sept. 4 in Bend, Ore. Only six additional shows are so far confirmed through a Nov. 24 stop in Toronto, with more expected. Some of the announced shows will go on-sale Friday (April 9) via Ticketmaster.

Concerts booked so far include a Sept. 6 appearance at Seattle’s annual Bumbershoot festival and a Sept. 18 visit to the annual Austin City Limits festival in Austin, Texas. Other dates will include the 4,600-capacity Fox Theatre in Atlanta on Oct. 14, and the 4,500-capacity Aragon Ballroom in Chicago on Nov. 13.

The reunited alternative rock act kicks off its first tour in 12 years April 13 in Minneapolis. After a May 1 appearance at the Coachella Valley Music & Arts Festival in Indio, Calif., the group will head to Europe for headlining and festival dates through July 11.

As previously reported, the Pixies will sell instant authorized live recordings from the upcoming spring North American shows via DiscLive. It is unknown if the same set-up will be employed for the fall tour.