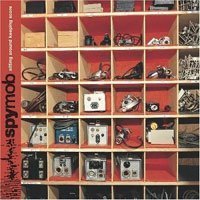 After opening for the Black Eyes Peas, N.E.R.D. and The Thrills on a spring jaunt, Spymob has at last released their debut full-length album 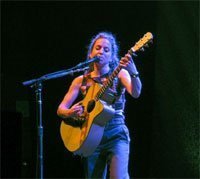 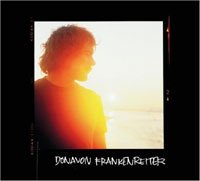 Certain records should come with instructions. In the case of Donavon Frankenreiter

Jazz at Lincoln Center’s new $128 million home in the Time Warner Center is designed to be as fluid as the music itself, with stages that can be reconfigured and the city’s skyline as a backdrop.

“The whole space is going to be dedicated to the feeling of swing, which is a feeling of extreme coordination,” said trumpeter Wynton Marsalis, who also is Jazz at Lincoln Center’s artistic director.

The Frederick P. Rose Hall, on the fifth and sixth floors of the Time Warner Center, a vertical mall that opened in February, won’t welcome paying crowds until October. But Lincoln Center officials held a news conference in the half-built facility on Wednesday to announce the lineup for the 2004-05 season.

“Our first season in our new home is going to include programs that cover a broad range of artists and styles and span the entire history of jazz,” Marsalis said.

The new concert hall, perched atop pricey restaurants and shops a few blocks south of Lincoln Center’s main site, will be the first in the world engineered specifically for jazz.

The ceiling at the Rose Theater, the largest of the three performance spaces with a capacity of 1,231, can be dropped, and the room can be “tuned” by adjusting velour curtains and banners, said Chris Darland, an acoustical consultant.

Towers of seats can be moved to offer the choice between “concert in the round” and proscenium theater configurations.

HeadCount, a voter registration group affiliated with The Dead and most of the top improvisational music acts, will be holding a benefit concert at BB King Blues Club on June 7, 2004 to raise money for its nationwide voter registration campaign. moe. will make a special appearance following a performance by the HeadCount All-Stars, featuring Al Schnier and Vinnie Amico of moe., and Marc Brownstein and Aron Magner of the Disco Biscuits. The HeadCount All-Stars performed together once before in Denver, Co on February 14th, at an event to mark the organization’s launch.

Schnier is a member of HeadCount’s board of directors, and Brownstein is the organization’s co-chair.

HeadCount will also send street teams on tour with The Dead this summer, and also register voters at Lollapalooza and most major festivals. The organization already has voter registration tables at up to 25 concerts per week around the country.

All proceeds from the event will go to HeadCount. The organization’s web site, HeadCount.org, is also accepting volunteer applications and donations. It also houses a proprietary on-line voter registration system.

Hot on the heels of her universally acclaimed Van Lear Rose LP, subversive country legend Loretta Lynn has announced plans to collaborate with White Stripes axe-grinder Jack White on two more full-length records for Interscope. Speaking last week to The New York Times, Lynn revealed, “I’ve got two more [albums] in mind, and Jack and I are going to do ’em together. When I’m on the road, I say to my fans: ‘How many of you know The White Stripes?’ And they applaud. Country people know him.”

Lynn is presently on the road, playing modest gigs– mostly at casinos– nationwide, but she told the paper that she will also embark on another tour with White and the Van Lear Rose backing band, which she named The Do-Whaters, possibly playing rock venues: “Me and Jack are going to do a tour with the Do-Whaters, the boys that played on the album. I’ll take my band out, too, so it won’t be no big deal.” When she might find time for that tour remains to be seen, however, since her current itinerary has her booked fairly solid through the end of the year. Current dates:

Canadian rock trio Rush’s next release will feature covers of classics popularized by the Who, Cream, Buffalo Springfield and the Yardbirds. Due June 29 via Atlantic, the eight-track “Feedback” marks the first time the group has ever recorded material by other artists.

The album kicks off with a new take on Blue Cheer’s cover of Eddie Cochran’s “Summertime Blues.” The track list is rounded out by the Yardbirds’ “Heart Full of Soul” and “Shapes of Things,” the Who’s “The Seeker,” Buffalo Springfield’s “For What It’s Worth” and “Mr. Soul,” Love’s “Seven and Seven Is” and Robert Johnson’s “Crossroads,” famously covered by Cream.
Bassist] Geddy [Lee], [guitarist] Alex [Lifeson] and I were channeling back to 1966 and 1967, when we were 13- and 14-year-old beginners,” drummer Neil Peart writes in the album’s liner notes. “We thought it would be a fitting symbol to commemorate our 30 years together if we returned to our roots and paid tribute to those we had learned from and were inspired by. We thought we might record some of the songs we used to listen to, the ones we painstakingly learned the chords, notes and drum parts for, and even played in our earliest bands.”

As previously reported, Rush’s 30th anniversary tour begins May 26 in Nashville and will wrap its North American portion with an Aug. 22 show in the group’s Toronto home town. A European swing kicks off Sept. 8 in London.

Hip-hop act Jurassic 5 has wrapped three songs for its next Interscope set, the group’s DJ Nu-Mark tells Billboard. The as-yet-untitled set will be the follow-up to 2002’s “Power in Numbers,” which debuted at No. 13 on Billboard’s Top R&B/Hip-Hop Albums chart. In the meantime, Nu-Mark just released his Sequence mix CD “Hands On,” while members Chali 2na and Cut Chemist have scored solo deals with Interscope and Warner Bros.

The group also signed a partnership deal with Marvel Comics creator Stan Lee for his new “Super 7” cartoon, due in 2005. “That’s really cool for us because three out of the six of us collected comics growing up, so we’ve always wanted to see the merge of hip-hop and comics come into play,” Nu-Mark says. “Cut Chemist and I will be doing beats for the cartoon and Chali 2na might be doing the voice for one of the characters.”

Toots Hibbert, Beres Hammond, Sizzla and Israel Vibration’s Apple Gabriel are among the reggae heavyweights contributing to “Is It Rolling, Bob?,” a reggae tribute to Bob Dylan. The 15-track set is due Aug. 10 via Sanctuary/RAS Records and includes a rare reggae mix by Sly & Robbie of Dylan’s “I and I,” the original version of which can be found on his 1983 album “Infidels.”

The set is highlighted by Hibbert’s version of “Maggie’s Farm,” Luciano’s “Knockin’ on Heaven’s Door” (which frequently substitutes “zion” for “heaven”), Gabriel’s upbeat take on “The Times They Are A-Changin’,” Hammond’s “Just Like a Woman” and Gregory Isaacs’ “Mr. Tambourine Man.”

“Is It Rolling” features a backing band of musicians who played on sessions by Marley and the Wailers and Peter Tosh, including harmonica player Lee Jaffe and guitarist Earl “Chinna” Smith.

Dylan’s vast body of work has previously been the subject of tribute albums by a string quartet and gospel artists, among many others.

Here is the track list for “Is It Rolling, Bob?”: