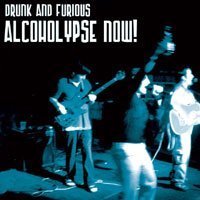 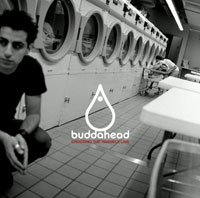 Hints of lyrical depth, that jumble with catchy, yet dire musicianship, summate Buddahead’s debut CD release. The first single, “When I Fall,” is so sugar coated, that images of a noisy food court and the Gap prevail. 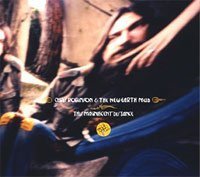 With This Magnificent Distance, Chris Robinson continues to stake his claim as one of the most imaginative and inventive singers and songwriters of our time.

Blues fans at a small Connecticut club were treated to a surprise performance by Rolling Stones legend Keith Richards. The guitarist jumped on stage at The BoxCar on Friday night for some off-the-cuff music with 89-year-old David Honeyboy Edwards and Rocky Lawrence.

“That’s right, this is my neighborhood, too. At least part of the time,” Richards, who owns a home in nearby Weston, told the crowd.

Lawrence, of West Haven, was ecstatic.

“When the three of us were up there, I was having so much fun I forgot there was even an audience there,” he said.

Richards signed a Telecaster guitar for the bar’s owner, Kevin Kiekel. It is displayed in a case behind the bar.

Veteran singer/songwriter Rickie Lee Jones will return to U.S. stages this summer as she continues to support her latest album, The Evening Of My Best Day.

The two-week stretch begins June 6 at the Atlanta Botanical Garden and includes stops at New York City’s Bowery Ballroom and the Stone Pony in Asbury Park, N.J. The last show on the schedule is June 20 in Albany, N.Y., although additional U.S. dates are reportedly forthcoming.

The Evening Of My Best Day, Jones’ 13th album, was released last October. The disc is her first collection of original material since 1997’s Ghostyhead, but she hasn’t been on vacation. She released a covers record, It’s Like This, in 2000 and a live album, Live At Red Rocks, in 2001.

Jones toured the U.S. this past winter and did two shows in Japan in March.

Hip-hop veterans the Beastie Boys are back with their first album in six years, To The 5 Boroughs, and they’re planning a series of concerts this summer to celebrate.

So far, they have several June appearances scheduled, starting with a Las Vegas appearance at the Huntridge June 9, which will air several days later on MTV2. According to the Las Vegas Review-Journal, most tickets for that show will be given away through radio station contests, with a select amount being sold the day of the show for $2.

They’re also scheduled to appear at the Live 105 BFD in Mountain View, Calif., the KROQ Weenie Roast in Irvine, Calif., the Y100 FEZtival in Camden, N.J., and the KROCK Dysfunctional Family Picnic in Wantagh, N.Y.

In August, they’ll head to Japan for two Summer Sonic shows in Tokyo and Osaka. The Beasties largely shunned live instruments for To The 5 Boroughs, which includes few traces of the instrumental jams and full-band efforts of their last several albums. No word on whether their live performances will be similar back-to-basic affairs.

Stowe Resort has announced The Memorial Weekend Rail Jam set for this Saturday, May 29, on their lower North Slope (directly uphill from Mansfield Base Lodge).

That’s right – there’s still snow left over from the halfpipe and they’re going to make good use of it with a sunny rail session. From 11 a.m. to 1 p.m., the mountain will have rails set up, good tunes playing and some of Stowe’s best skiers and riders tearing it up.

There is no registration fee – just show up and jam. At the end, they plan on giving away some great prizes.