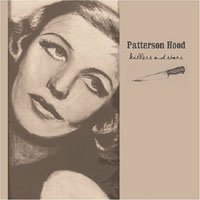 Though it may appear these are milk and honey times for the Truckers, evidently they walked on egg shells, or broken glass as it may be, for a time at least, a couple years back. Killers and Stars was recorded in 2001 and in essence it chronicles these rotten and ambiguous times, at least from the perspective of one Patterson Hood, the principle song writer in the most important band in America.

Kid Rock, Cypress Hill, Nickelback, Ludacris, Galactic, Our Lady Peace, Lil’ Jon and Tha Eastside Boyz and Molotov are the first acts confirmed for the second Coors Light Mountain Jam. The event will be held Aug. 14 at Red Rocks Amphitheatre outside Denver and will be hosted by comedian Dave Attell. Tickets are $50 and go on sale June 5 via CoorsLight.com.

Among the non-musical diversions will be the Coors Light Oasis Deck, complete with a hot tub, and the Coors Light Kasbah, in which select contest winners will get to mingle with the artists. Early entrants to the venue grounds will receive coupons for free food and drink plus Coors-branded t-shirts and hats.

The first Coors Light Mountain Jam boasted performances by 50 Cent, the Doors of the 21st Century, Korn, P.O.D., the Roots, Evanescence, Gov’t Mule and Toots and the Maytals.

In an article published on Rollingtone online –

“If there’s one thing I discovered since I came back from [Phish’s two-year] hiatus, it’s that you can’t go backwards,” guitarist Trey Anastasio said last Thursday, the day before his twenty-year-old Vermont jam band decided to break up after its summer tour.
“I try to remember, now, that feeling that I had when I was writing [complex early Phish material like] ‘Reba,’ ‘Foam’ and ‘Split Open and Melt.’ There was a single-mindedness. Our relationship hadn’t developed as a foursome, as people. I was very aggressive. So, I came into band practice and I said, ‘Play this, play this, play this.’ . . . I can’t really do that anymore. That’s nature . . . At this point, the whole thing has become a much, much heavier and harder boat to move . . . As the years went by, Phish became about improvisation a little bit more, and that kind of music got pushed to the side.”

Phish have indeed shied away from Anastasio’s more elaborate compositions in recent years and the frontman was left to find other outlets. “Lo and behold, the next thing you know, I’ve got a ten-piece band that has lots of complicated horn charts,” he said of the outfit he has toured with during Phish’s downtime.

Last month, Anastasio’s released the orchestral, instrumental solo effort Seis de Mayo, an album that showcases his ability as a composer. For his June 14th performance on the closing night of this year’s Bonnaroo festival in Tennessee, he will lead the Nashville Chamber Orchestra through selections from the album, before performing a set with his solo band.

“That was the dream from the beginning,” the thirty-nine-year-old former Goddard College composition major said earnestly. “When I met Phish, I was studying orchestral music. I wanted to be a composer. They were kind enough to facilitate me and learn it.”

When Phish took their two-year break between 2000 and 2002, Anastasio was invited to expand Phish’s “Guyute,” from 1998’s Story of the Ghost, into an orchestral work for the Vermont Youth Symphony. The project eventually grew into Seis De Mayo, a varied set which ranges from the string quartet puzzlebox of “All Things Reconsidered” (originally on Phish’s Rift) to the brassy Americana of “Coming To.”

The performance at Bonnaroo will include these, as well as two other new pieces. “I’m seeing this Bonnaroo experience as a big stone in the water to where I wanna go,” Anastasio said. “The first set is going to range from string quartets to eighteen people, twelve people, forty people. The second set will be ten. I would like to have that gap start to close, to have the energy and intensity of the second set meld with the composition of the first set, along the lines of [Frank Zappa’s] The Grand Wazoo.”

“People have done it before,” he continued. “Duke Ellington did it. That was a dance band. That’s dance music, as far as I’m concerned.”

After Bonnaroo, Anastasio will head north to rejoin his smaller ensemble, Phish. On June 15th, they will release their final studio album, Undermind, and on the 17th they will kick off their summer tour at Coney Island’s KeySpan Park. The show will be broadcast to select movie theaters nationwide. The tour will conclude August 14th and 15th with Coventry, the seventh and last installment in Phish’s annual city-sized camping festivals, which will bring their career to a close in their native Vermont.

“In a funny way, I wish I was in a wedding band,” Anastasio said. “[My solo band] just played at a birthday party, and there were grandmas and little teeny kids dancing on the stage. We played for hours, we did an Earth, Wind and Fire song, everybody was dancing, and I was so happy. Along with all this crazy stuff that’s going on, I want to be inclusive. I’m not trying to be high art. Basically, I’d like to have a forty-three-piece wedding band.”

Geffen has rounded up 16 of Joni Mitchell’s more issue-minded tracks for the compilation “The Beginning of Survival,” due July 27. The songs are drawn from the Mitchell album “Dog Eat Dog,” “Chalk Mark in a Rainstorm,” “Night Ride Home,” Turbulent Indigo” and “Taming the Tiger.” Among the guests sprinkled throughout are Don Henley, James Taylor, Willie Nelson and Michael McDonald.

The album’s self-described “commentaries on the world in which we live” find Mitchell addressing such as topics as greed and corruption (“No Apologies,” “Dog Eat Dog” and “Passion Play (The Story of Jesus and Zachius … The Little Tax Collector),” featuring actor Rod Steiger), Western culture (“The Three Great Stimulants”) and environmental responsibility (“Cool Water,” “Lakota”).

Also featured are “Slouching Toward Bethlehem” (adapted from a poem by W.B. Yeats), “The Beat of Black Wings,” “The Reoccuring Dream,” “Impossible Dreamer” and “The Windfall (Everything for Nothing).”

Mitchell co-produced the album and contributes an essay plus original artwork. The liner notes include a reproduction of an environmentally themed letter to the President of the United States, thought to have been penned by Susquamish Indian Chief Seattle in 1852.

“The Beginning of Survival” is Geffen’s second recent archival Mitchell release, following last September’s four-disc boxed set “The Complete Geffen Recordings.” The artist has not issued a new studio album since 2002’s Nonesuch set “Travelogue,” which she has said will be her last.

Guided By Voices will release its final studio album, “Half Smiles of the Decomposed,” Aug. 24 via Matador. The 14-track set was produced by Todd Tobias, who was behind the boards for the group’s 2003 album “Earthquake Glue.” GBV frontman Robert Pollard recently confirmed the group will split at year’s end.

“Half Smiles” is musically of a piece with GBV’s past few albums, blending upbeat rockers like “Gonna Never Have To Die” and “Asphyxiated Circle” with more meditative fare such as “Window of My World” and “A Second Spurt of Growth.” A snippet from what sounds like a television evangelist can be heard at the beginning of “Sons of Apollo,” while keyboards and acoustic guitars underscore the penultimate cut “(S)mothering and Coaching.”

Album opener “Everybody Thinks I’m a Raincloud (When I’m Not Looking)” seems to reflect Pollard’s decision to dissolve GBV in lines like “This is not my day / nobody really cares anymore anyhow / nobody called again / ’cause they said that I’m too lazy to stay alive.”

GBV only has six tour dates on its schedule at present, beginning with a June 4 show in its Dayton, Ohio, hometown. The itinerary is open between mid-June and Aug. 19, when the group will play a free concert on Manhattan’s Hudson River Pier. Pollard previously said GBV’s final gig would be on New Year’s Eve in New York.

Here is the track list for “Half Smiles of the Decomposed”:

Longtime Phish lyricst Tom Marshall, currently leading his own band, Amfibian, issued a statement today reacting to the sudden announcement that Phish was breaking up after 21 years.

Marshall, who has been co-writing Phish