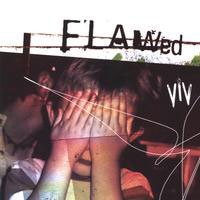 San Francisco’s ViV is growing as a band, and are coming into their own. The journey isn 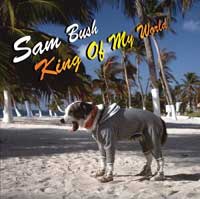 Sam Bush: King Of My World

He may well be this country’s most famous living mandolinist any side of David Grisman. He is known in some circles as the “Mayor of Telluride” due to the fact that he has performed at 26 of the 27 Telluride Bluegrass Festivals. Some prefer to call him, simply, King Sammy. What ever you call him, you owe it to yourself to take a listen to his latest offering of foot-stomping bluegrass, King Of My World.

New Bjork Album Due In August

Bjork is eyeing a late August release date for her next Elektra album, Medulla. The set is tipped to feature contributions from experimental electronic duo Matmos and Japanese beatboxer Dokaka. A handful of cryptic audio samples from the album can be heard on Bjork’s official Web site.

Medulla will be the follow-up to 2001’s “Vespertine,” which debuted at No. 19 on The Billboard 200 and has sold 368,000 copies in the United States, according to Nielsen SoundScan.

Warner Music Group has agreed to buy Madonna out of Maverick Records, the label she co-founded 12 years ago, to end the legal battle that pitted the music conglomerate against their biggest star.

Madonna’s Maverick Records debuted with a flourish and included the multiplatinum debut of Alanis Morissette ‘s Jagged Little Pill in 1995. More recently, the company has scored hits with Michelle Branch .

Madonna and partners Guy Oseary and Ronnie Dashev together have owned 60 percent of the company; Warner Music owned 40 percent.

In March, Maverick filed suit against Warner Music and its former parent, Time Warner Inc., claiming breach of contract and alleging that they had misstated Maverick’s profits and mismanaged the company, costing Madonna and her partners millions of dollars. (An investment group led by Edgar Bronfman Jr. purchased Warner Music Group last year.)

Warner Music filed a lawsuit of its own against Maverick, claiming the company had lost tens of millions of dollars.