Photos by Jason Gonulsen of Wilco’s live performance at the Vic Theater, Chicago, IL on June 12, 2004 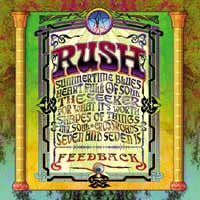 To commemorate their 30th anniversary venerable north of the border prog-rockers Rush have put out a new EP consisting entirely of cover songs. 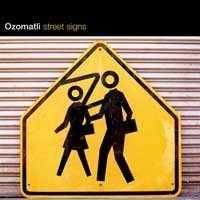 Gregg Allman will return to the Telluride Blues & Brews Festival this year as Gov’t Mule’s Special Guest, Saturday, September 18, 2004. Regarding the addition of Allman to the line-up, Steve Gumble, Festival Director, says, “Gregg Allman has been one of my musical heroes for many years. He is truly a part of rock and roll’s living history and Telluride is once again part of that history. To have him grace our stage with Gov’t Mule is more than just an honor, it is a privilege.”

To order tickets, check availability, and/or make camping reservations, call 866-515-6166 (toll free) or log on to tellurideblues.com. Three day passes are $125.00, Friday passes are $44.00 and Saturday and Sunday passes are $49.00 each. Juke Joint passes are $17.00 each per night. Tickets are also available locally at Telluride Music at 201 East Colorado Avenue.

Vision International is proud to announce AmsterJam, the first ever multi-bill event for American bands in Amsterdam, Holland. There will be limited capacity to catch four of today’s hottest acts for three nights only, March 20-22, 2005. Confirmed acts are:

Each act will play a long two-hour set each night of AmsterJam, in one of the two venues. There will be overlap, so that we can accommodate all attendees within the two rooms. Even though the total capacity is 1750, we only plan to sell 1500 tickets, so as to keep it very comfortable for all. With normal ebb and flow of the crowd, it should be no problem seeing your favorite group, up close and personal, without being elbowed or jostled.

The General Public onsale will begin next Friday August 6th at noon at amsterjam.net.

Also, at that time, travel packages will be available from Madison House Travel. Due to the nature of the show, there will not be a ‘one size fits all’ package, but will include deals on airfares, hotels, and offer travel insurance. Show passes will also be included, but not discounted.

Updating a story first posted here yesterday (Aug. 3), artists such as Pearl Jam, Bruce Springsteen, R.E.M., the Dixie Chicks and the Dave Matthews Band have teamed up for the Vote for Change tour, which will visit 28 cities in nine presidential election battleground states.

The tour will kick off Oct. 1 with a concerted effort in Pennsylvania, where Springsteen & the E Street Band will play Philadelphia with R.E.M., John Fogerty and Bright Eyes, while Pearl Jam will play Reading, Pa., with Death Cab For Cutie.

State College, Pa. will get the Dave Matthews Band, Jurassic 5 and My Morning Jacket on that date and the Dixie Chicks will team up with James Taylor to play Pittsburgh. John Mellencamp and Kenny “Babyface” Edmonds will perform together in Williamsport, Pa., and Jackson Browne, Bonnie Raitt and Keb’ Mo’ will stir things up in Wilkes-Barre, Pa.

Other states that will see some or all of the shows are Iowa, Ohio, Michigan, Wisconsin, Missouri, Minnesota, North Carolina and Florida.

Vote for Change is presented by MoveOn.Org’s political action committee MoveOn PAC and America Coming Together (ACT), an organization advocating change in government.

The full lineup is still coming together but early details are available via MoveOn’s Web site.

“There isn’t going to be any illusion in the audience about why we’re there,” Matthews said on NBC’s “The Today Show” this morning. Adds R.E.M. bassist Mike Mills, “This unprecedented coming together of musicians underscores the depth of the desire for change in our country’s direction, and it feels right to use some of the freedoms granted to us in a democracy to try and effect that change.”

“This is the fourth presidential election which Pearl Jam has engaged in as a band, and we feel it’s the most important one of our lifetime,” Pearl Jam frontman Eddie Vedder says in a statement. “We believe in the power of the first amendment, and have always exercised our right to free speech in every aspect of our lives and music. This year there is no more powerful way for all Americans to exercise that right than by voting.