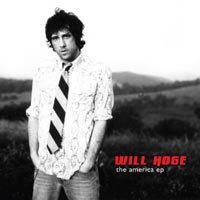 Will Hoge: The America EP

Hoge signed a contract with Atlantic records early in the new century, only to have the subsequent major label debut ignored by the label brass and forgotten about. Now unencumbered of the restraints such corporations can tie on an artist, he 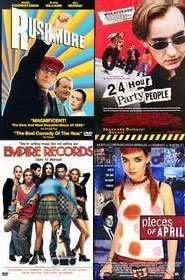 Music In Films: Top Movie Soundtracks From The Past Twenty Years

Since Titanic went way overboard, not a single soundtrack has made a major breakthrough, despite the fact there are some really good ones out there waiting to be discovered. So we compiled a list of some of the best contemporary soundtrack albums in the past 20 years, from some beloved, and some not so beloved films.

Fans of progressive Americana have particular reason to rejoice, as this year

The state of Illinois filed suit against the Dave Matthews Band yesterday (Aug. 24) for allegedly dumping up to 800 pounds of liquid human waste from a bus into the Chicago River, dousing a tour boat filled with passengers.

The lawsuit accuses the band and one of its bus drivers of violating state water pollution and public nuisance laws. It seeks $70,000 in civil penalties.

“Our driver has stated that he was not involved in this incident,” a band spokesperson said in a statement, adding, the band “will continue to be cooperative in this investigation.”

According to the lawsuit, on Aug. 8 a bus leased by the band was heading to a downtown hotel where members were staying. As it crossed the Kinzie Street bridge, the driver allegedly emptied the contents of the septic tank through the bridge’s metal grating into the river below.

More than 100 people on an architecture tour were showered with foul-smelling waste. The attorney general’s office said no one was seriously injured.

“This incident may be unique, but that does not lessen the environmental or public health risks posed by the release of at least 800 pounds of liquid human waste into a busy waterway and onto a crowded tour boat,” Attorney General Lisa Madigan said in a statement.

After the incident, the boat’s captain turned the vessel around and took passengers back to the dock. Everyone received refunds, and the boat was cleaned with disinfectant.

Pearl Jam, Mudhoney, comedian David Cross, Queensryche, X’s John Doe and producer/multi-instrumentalist Jon Brion are among the acts confirmed to perform at No Vote Left Behind, a festival/political fundraiser to be held Sept. 23-26 at a variety of Seattle venues. The full lineup is still being finalized; tickets go on-sale Sept. 10.

A kick-off event will be held Sept. 10 at Neumo’s, featuring Sir Mix-A-Lot, Outtasite and Children Of The Revolution.

Proceeds from No Vote Left Behind will fund donations to the Democratic National Committee, progressive candidates in congressional races and like-minded political action groups.

“There are a lot of other great organizations that are using music to increase voter turn-out and register voters,” says NVLB’s Chris Olson. “We want to use music more directly as a fundraising tool. We really want to be a partisan voice in the music community working for regime change.”