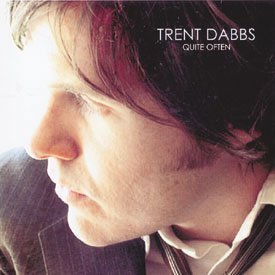 Trent Dabbs, follows in that mold of minimalist serenity with his debut Quite Often. Refusing to write formula songs, Dabbs takes his brand of celestial folk and makes it float quietly and peacefully aboard lush instruments, proving Dabbs is an artist with a knack for entrancing songwriting.

Sam Roberts, one of Canada’s platinum-selling new rockers, will get a second chance at a U.S. career. A repackaged version of his album We Were Born In A Flame was released on Lost Highway this week.

Roberts, a household name in Canada, swept 2003’s Juno Awards, picking up Artist of the Year, among other accolades, and performed alongside the Rolling Stones, AC/DC and the Guess Who at Toronto’s Molson Canadian Rocks for Toronto SARS benefit last summer.

While Roberts, who plays unpretentious, scrappy rock and roll, is the one in the spotlight, he does front a four-piece band. “I’m not a singer-songwriter/crooner in any way,” he says. “I play in a rock and roll band. And like anyone else whose name just happens to be on the marquee, like David Bowie or Neil Young, there’s a band out there that makes the rock and roll happen.” The Montreal-based group comprises Dave Nugent on lead guitar, James Hall on bass, Eric Fares on guitars/keyboards and drummer Corey Zadorozny.

This is not the first time Roberts has sought U.S. distribution. Last summer, Universal picked up We Were Born In A Flame but the album failed to break on the radio. Roberts says the Lost Highway deal allows the band to do what it loves — perform live. “They’re a record label that has managed to support their artists in a way we want to be supported . . . just letting us go out and play shows.”

The newly released version of We Were Born in A Flame features two bonus tracks, “When Everything Was Alright” and “This Is How I Live,” taken from 2002’s The Inhuman Condition EP. The lead single will be the rocking “Don’t Walk Away Eileen” which the band will perform Thursday on Late Night With Conan O’Brien. Roberts will hit the road in mid-September with veteran Canadian rockers The Tragically Hip.

“We’ve been given an opportunity to go out and play as a band and get people into it,” he says.

U.S. rock quartet Kings Of Leon will hope to repeat the international success of its 2003 RCA debut album, “Youth and Young Manhood,” by releasing the follow-up in the U.K. before its domestic appearance. “A-Ha Shake Heartbreak” will be issued on Hand Me Down via BMG on Nov. 1 in Britain, preceded by the single “Bucket” on Oct. 25. A North American release will follow early next year.

“Manhood” has sold about 500,000 copies in the U.K., and led to two 2004 BRIT Award nominations for best international group and international breakthrough artist.

In the United States, the set debuted at No. 1 on Billboard’s Heatseekers chart and has sold more than 117,000 copies, according to Nielsen SoundScan.

Produced again by Ethan Johns and Angelo, “A-Ha Shake Heartbreak” was recorded this summer at Johns’ studio in Los Angeles, and an early listen to several tracks suggests the band’s sound has matured considerably, with less emphasis on its southern rock influences.

Kings Of Leon have returned home to Nashville after a busy summer of European festival performances. A North American tour will begin Oct. 1 in Washington, D.C.