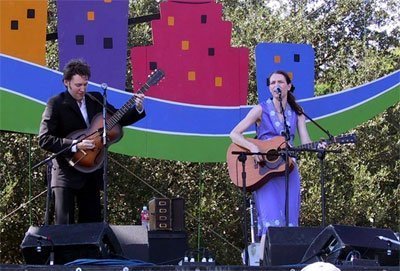 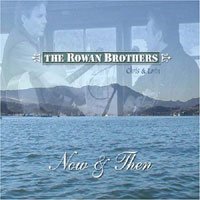 With their latest release, and without the help of the most famous brother, Peter, the Rowan Brothers, Chris and Lorin, have put together an acoustic double disc featuring one full of new material and a second of previously recorded songs from the 70

R.E.M has partnered with MySpace.com to preview its new Warner Bros. album, “Around the Sun,” beginning today (Sept. 21). This represents the first such initiative involving a social networking portal.

For the next two weeks, visitors to MySpace will be able to play tracks from the album for free. The preview also will offer links to tour dates, an iTunes clips sampler, photos and mobile ring tones and wallpapers on a dedicated site.

“R.E.M. is one of those legendary bands that create an event-like atmosphere on our site,” MySpace CEO Chris DeWolfe says. “This is a unique chance to get millions of people talking, simultaneously, about the new album.”

MySpace.com has about 4 million registered users, but there is no need to register in order to listen to the album. Registered users, however, have the additional capability of adding the R.E.M. profile link to their personal list and passing the link to other users. DeWolfe says that besides the sheer numbers, placement on MySpace benefited from the “exponential” effect of users spreading the word to each other.

DeWolfe declined to detail the underlying business arrangement. “Our site is supported by advertising,” he says. “But there will be times that a music company will pay for advertising, and there are times when we will do business development deals.”

“We expect many more deals like this in the future,” he continues. “It’s a new way for indie and major labels to get their music out to the masses, and we believe it will work out well for the labels, MySpace and for music fans.”

Russ Meyer, who helped spawn the “skin flick” with such films as Faster, Pussycat! Kill! Kill! and Vixen, has died. He was 82.

Meyer died Saturday at his home in the Hollywood Hills, according to his company, RM Films International Inc. Spokeswoman Janice Cowart said Meyer had suffered from dementia and died of complications of pneumonia.

Meyer’s films were considered pornographic in their time but are less shocking by today’s standards, with their focus on violence and large-busted women but little graphic sex.

Altogether he produced, directed, financed, wrote, edited and shot at least 23 films, including his debut, The Immoral Mr. Teas, in 1959 and the 1968 film Vixen, whose success earned him notice from major studios.

He went on to direct the major studio release Beyond the Valley of the Dolls, which was co-written by film critic Roger Ebert.

Few groups seem to explore popular music’s back-pages as profoundly as everyone’s favorite Ozzy Osbourne covering bluegrass group, Yonder Mountain String Band. On October 12, YMSB will more than live up to their “everything old is new again” credo, with the third and latest installment in their on-going series of incendiary live recordings, “Mountain Tracks Volume 3.” Unlike the previous two volumes, “Mountain Tracks Volume 3” is the first double-album compiled by the band,
andbrings together an inspired collection of moments taken from last year’s annual Kinfolk Celebration (Sept. 12 -13, 2003 at Planet Bluegrass in Lyons, Colorado), a two-day celebration for the band’s extensive nationwide family of fans.

If you’ve never experienced YMSB’s singular brand of riff-rollicking Americana, “Mountain Tracks Vol. 3,” is the ideal place to begin. YMSB has shared the stage with everyone from harmonica-shredding Blues Traveler frontman John Popper, to like-minded bluegrass visionaries such as Bela Fleck and Sam Bush. Put simply, “Mountain Tracks Vol. 3” presents one of the most captivating live bands placing their fingers to steel-strings today. Furthermore, the album also serves as a moving tribute to the inspiration behind YMSB’s innovation: Namely, The Kinfolk, or to laymen, YMSB’s uber-dedicated fan-base by way of street-team by way of adoring friends and family. Having a 2-disc document of YMSB beaming live from The Kinfolk Celebration is more than just newsworthy; it’s akin (no pun intended) to Jerry Garcia coming down from the heavens, and gracing his audience with another legendary live album with The Dead.