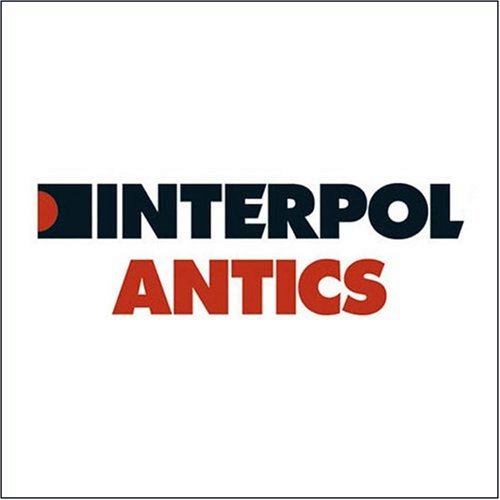 Taking a more melodic and refined approach from their grimey 2002 debut Turn On The Bright Lights, Interpol leader Paul Banks strived to make a stellar follow up, while pushing the band in a step me up direction. As a result, Interpol is turning the corner in a shinier pop direction, surfacing them apart from their continual Joy Division comparisons.

Guster’s Adam Gardner has donated a unique heart-shaped ceramic plate that he has painted with his own design, as well as two tickets to a 2005 Guster concert in the city of winner 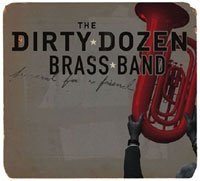 Like everything else in the Crescent City, death is a time for celebration and this album is meant to give listeners a glimpse into a traditional New Orleans jazz-funeral precession from church to cemetery with the DDBB offering up the soundtrack. 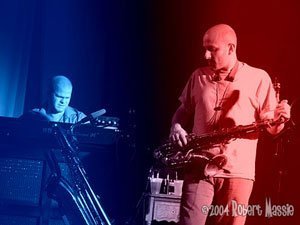 The early highlight was clearly 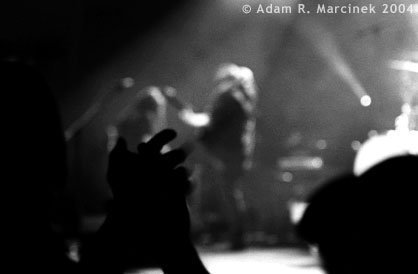 86 Year Curse Is Over – Red Sox Win The World Series

The moment for which Boston waited 86 years finally occurred when the Red Sox completed a four-game sweep of the Cardinals on Wednesday night at Busch Stadium. With clouds blocking a total lunar eclipse, the Red Sox blanked St. Louis 3-0 in Game 4 of the World Series to win their first title since 1918 and send their fans dancing into the streets more wildly than Carlton Fisk twisting down the first-base line.

Believe it. The team that crushed hopes more surely than any club outside of Chicago, the team synonymous with postseason failure, the team that was three outs from being swept by the Yankees just over a week ago … is now officially the World Series champion. 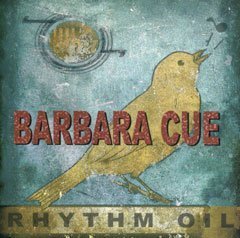 Rhythm Oil strengthens with each journey through. What was an infatuation with NRBQ, Barbara Cue created a cohesion that ultimately wanted to illustrate its love of music.

The Flaming Lips’ official Web site will be the sole source for the photo collection “Waking Up With a Placebo Head Wound: Images of the Flaming Lips From the Archives of Jay Blakesberg and J. Michelle Martin-Coyne — 1987-2004.” The 184-page book will be limited to 1,500 copies, housed in a handmade box and autographed by the band.

In addition to comments from the photographers, “Waking Up” sports essays from band members Michael Ivins and Steven Drozd, manager Scott Booker and publicist Rick Gershon plus an introduction by vocalist Wayne Coyne.

Fans who pre-order the book by Nov. 12 will receive a limited-edition 7-inch single featuring two songs earmarked for the soundtrack to the Lips’ film “Christmas on Mars,” due for release in late 2005.

As previously reported, the Lips will cap 2004 with a New Year’s Eve concert at New York’s Madison Square Garden alongside Wilco and Sleater-Kinney.

Rapper Snoop Dogg gets a hand from a host of high-profile stars on his upcoming studio album, “R&G (Rhythm and Gangsta): The Masterpiece.” Beyond the hit first single “Drop It Like It’s Hot” featuring Pharrell, the set sports guest shots from Lil Jon, 50 Cent, Justin Timberlake, Nelly and Trina. It will arrive Nov. 23 via Geffen.

Timberlake and Gap Band founder Charlie Wilson team up for “Signs,” while Wilson is the sole guest on “Perfect.” Lil Jon and Trina appear on “Step Yo Game Up,” while 50 Cent raps on “Oh No.” Nelly lends a hand on penultimate track “Girl Like U.”

“Drop It Like It’s Hot” is off to a sizzling start on the Billboard charts. The track is No. 4 on the Hot 100 and this week has the unusual distinction of being the chart’s fastest growing track at radio and retail. It also climbs to No. 1 on the Hot Rap Tracks tally and No. 2 on the Hot R&B/Hip-Hop Singles & Tracks chart. Snoop and Pharrell will perform the track Nov. 14 on ABC’s broadcast of the American Music Awards.

Meanwhile, Snoop has remixed the Doors’ classic “Riders on the Storm” for the in-game soundtrack to “Need for Speed Underground 2,” which hits stores Nov. 15 via Electronic Arts. He will also perform the track on the Nov. 6 Spike TV special “Need for Speed.” The game sports a wealth of other new tracks from the likes of Queens Of The Stone Age, Capone, Xzibit, Mudvayne and Chingy.

On Nov. 28, Snoop will host MTV2’s “Sucker Free Sunday,” comprising a half-hour concert special and videos from his hip-hop colleagues. Additionally, a headlining tour in support of “Masterpiece” is in the works, with a likely start date of February 2005.

Broadening the scope of Eric Clapton’s recent album of Robert Johnson interpretations, “Me and Mr. Johnson,” the guitarist will on Dec. 7 unveil the CD/DVD package “Sessions for Robert J.” The Duck/Reprise release comprises tour rehearsals in London, a Los Angeles hotel room and the Dallas warehouse where the late Johnson made some of his last recordings.

Throughout, Clapton performs Johnson’s songs with his live band, acoustically with guitarist Doyle Bramhall II and in a solo setting. The “Sessions” DVD sports five Johnson songs that did not appear on “Me and Mr. Johnson”: “Terraplane Blues,” “Ramblin’ on My Mind,” “Stones in My Passway,” “From Four Until Late” and “Sweet Home Chicago,” which will be worked as a single to U.S. AAA and classic rock radio stations.

“Me and Mr. Johnson” debuted in April at No. 6 on The Billboard 200 and has sold more than 563,000 copies in the United States, according to Nielsen SoundScan.

Here is the track list for “Sessions for Robert J”:

CD:
“Sweet Home Chicago”
“Milkcow’s Calf Blues”
“Terraplane Blues”
“If I Had Possession Over Judgment Day”
“Stop Breakin’ Down Blues”
“Little Queen of Spades”
“Traveling Riverside Blues”
“Me and the Devil Blues”
“From Four Until Late”
“Kindhearted Woman Blues”
“Ramblin’ on My Mind”

DVD:
“Kindhearted Woman Blues”
“They’re Red Hot”
“Hellhound on My Trail”
“Sweet Home Chicago”
“When You Got a Good Friend”
“Milkcow’s Calf Blues”
“If I Had Possession Over Judgment Day”
“Stop Breakin’ Down Blues”
“Terraplane Blues”
“Me and the Devil Blues”
“From Four Until Late”
“Love in Vain”
“Ramblin’ on My Mind”
“Stones in My Passway”