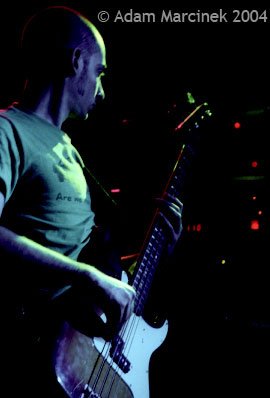 Photos by Adam Marcinek of The Slip at The Paradise, Boston, MA October 2, 2004 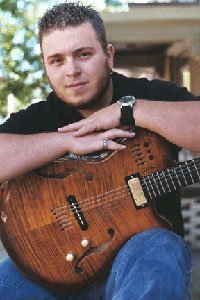 Bluegrass veteran Del McCoury won his ninth entertainer of the year award at the 15th Annual International Bluegrass Music Awards last night (Oct. 7) at the Kentucky Center in Louisville. McCoury and his band also netted the album of the year accolade for “It’s Just The Night.”

The awards show is the highlight of the International Bluegrass Music Association’s (IBMA) World of Bluegrass Oct. 4-10 trade show and festival. Alison Krauss and Dan Tyminski, taking their second consecutive turn at the podium, hosted the ceremony.

Larry Sparks won his first award in the male vocalist of the year category, a victory that was especially sweet as Sparks is celebrating his 40th anniversary in bluegrass. This year also marked a milestone for Doyle Lawson & Quicksilver. The group celebrated its 25th anniversary this year, and picked up a fourth consecutive vocal group of the year trophy.

Perennial favorite Rhonda Vincent garnered an unprecedented fifth win in the female vocalist category. Vincent also won song of the year for “Kentucky Borderline” from her Rounder album “One Step Ahead.” Vincent co-wrote the song with Terry Herd of the Bluegrass Radio Network and Sirius Satellite Radio, who was also named broadcaster of the year.

Ricky Skaggs & Kentucky Thunder earned their sixth win for instrumental group of the year. Blue Highway received their second award for gospel recorded performance of the year for the Rounder album “Wondrous Love.” The band’s Rob Ickes took home his seventh trophy in the dobro player of the year category.

The 2004 IBMA Bluegrass Hall of Honor inductees were Curly Seckler and the late Bill Vernon.

The awards were broadcast live on Sirius Satellite Radio and syndicated to radio stations in more than 300 U.S. markets and 14 foreign networks.

Melissa Etheridge has been diagnosed with breast cancer and has canceled upcoming tour dates to accommodate treatment. The 43-year-old artist will undergo surgery and her doctor expects a “speedy and complete recovery,” her publicist says in a statement.

“I am fortunate to be under a wonderful doctor’s care and thankful that this was caught early,” Etheridge says in the statement. “I am looking forward to a quick and full recovery.”

The artist had North American dates in support of the her latest Island album, “Lucky,” scheduled through the end of the month. Refunds will be available at point of purchase.

It is unclear if Etheridge’s illness will affect her work on her upcoming ABC sitcom, in which she stars as a gay woman raising the daughter of a friend with her straight male roommate.