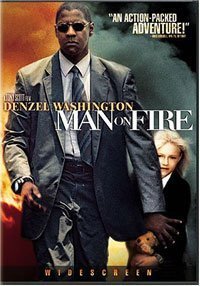 Man on Fire, in many respects, represents all that is wrong in Hollywood today. It is quite incredible that a remake of a film could be so flawed; you’d think the producers would have corrected the “mistakes” present in the original. 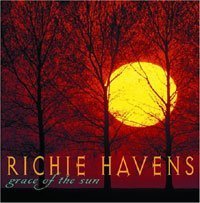 Richie Havens: Grace Of The Sun

Of all the grand performances at Woodstock, the obscure, ad-lib festival opener set by Richie Havens has become one of the most poignant. Grace Of The Sun, his latest release, looks to bring his name back to the forefront, or at least into present times. 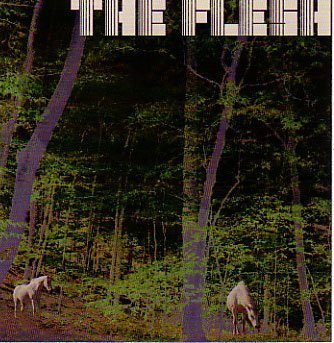 The Flesh: The Flesh

Formed in 2001, The Flesh blends synthesizer rhapsody with 80

He may be known for his over-the-top antics but Poison guitarist C.C. DeVille has another claim to fame: his “Guitar Solo” has been named the worst of all time by Guitar World magazine.

The magazine selected the “100 Worst Riffs, Licks & Solos of All Time,” identifying ones that are “lazy,” “boring,” “just plain stoopid,” or “involve C.C. Deville.”

The list includes songs by David Bowie, Def Leppard, Metallica, Green Day, B.B. King, The Grateful Dead, Jimi Hendrix, Aerosmith and The Strokes, among others. Many are guitar legends who simply had a bad night or bum note.

Guitar World describes DeVille’s nine-minute solo “completely devoid of taste, structure or steady tempo” and recommends every budding guitarist listen to it because “surely, they can’t do any worse.”

DeVille was also cited for his “Cherry Pie” solo when he played with Warrant and Poison’s “Every Rose Has Its Thorn.”

The magazine recommends DeVille “take solace in the fact that he’s in some rather good company.”

Buffalo Springfield bassist Bruce Palmer died Monday of an apparent heart attack; he was fifty-eight. Born in Canada in 1946, Palmer was an early collaborator with Neil Young, first in the Mynah Birds, a band that also featured the recently deceased Rick James. The group broke up after James was sent to prison for going AWOL from the military. Palmer and Young moved from Ontario to Los Angeles in the spring of 1966, making the journey in Young’s black hearse. The pair soon joined forces with Stephen Stills, drummer Dewey Martin and singer/guitarist Richie Furay to form Buffalo Springfield.

In just two years Buffalo Springfield captured the spirit of folk-rock protest with songs such as “For What It’s Worth,” and revealed a more rocking side with “Mr. Soul.” The group served as a springboard for some of the biggest bands of the late Sixties and early Seventies, with alums going on to form Crosby, Stills and Nash; Neil Young and Crazy Horse; Poco; and Loggins and Messina.

“There’s not a person who listened to the Buffalo Springfield that wasn’t drawn to the way he played bass,” says Furay. “He made the music move — Bruce was truly a musician’s musician. I consider it a privilege to have played with him in such a creative time in my life.”

Buffalo Springfield split in 1968 after two years and two albums, in part due to Palmer’s ongoing difficulties with U.S. immigration, which sought to deport him for a pair of marijuana-related convictions. Palmer left the group shortly before its break-up and was replaced by Jim Messina.

Palmer went on to record one solo album, 1971’s The Cycle Is Complete, recruiting his old bandmate Rick James to contribute percussion and vocals. More than a decade later, Palmer re-teamed with Young to join his live band and play on Young’s 1983 Trans. In the mid-Eighties, Palmer and Martin resurrected the Buffalo Springfield name, performing shows as Buffalo Springfield Revisited. The closest the group came to a full reunion was in 1988 when the original members got together for an informal rehearsal. Palmer told Rolling Stone in 2002 that the reunited Springfield sounded “terrific,” but plans for a reunion were scuttled when Young didn’t show up for the next scheduled rehearsal a few months later. “He just forgot,” Palmer said. “So we all said, ‘What’s the use?'”

An enigmatic stage presence, Palmer frequently performed with his back to the audience and was often photographed with his hair covering his face. “Bruce was the mysterious one in the group,” says Furay. “You may not have always known what he was thinking as he just looked at you and smiled, but when he plugged the bass in, there was no mistaking his life was truly about the music.”

Matador Records will celebrate its 15th anniversary with a double-disc collection of favorite tracks and rarities, plus a DVD of music videos. The material roughly dates from 1999-2004, serving as a companion piece to the prior compilations “What’s Up Matador” (1997) and the 10th anniversary album “Everything Is Nice.”

“Unreleased and rarities” boasts contributions from the New Pornographers, Pretty Girls Make Graves, GBV, Mogwai, Matmos and, as previously reported, a live version of the Malkmus and the Jicks’ “It Kills.”

Twelve music videos are included on the DVD, such as Cat Power’s “He War,” Interpol’s “PDA,” Pavement’s “Spit on a Stranger” and Mogwai’s “Stanley Kubrick.”