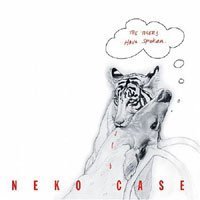 Neko Case: The Tigers Have Spoken

The Tigers Have Spoken isn 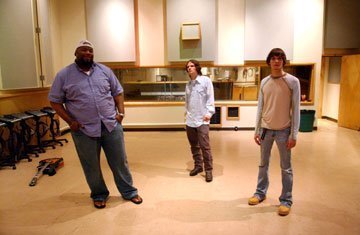 Before their weekend stand at the Georgia Theatre in Athens, Glide’s David Eduardo took a seat on the tour bus with The North Mississippi Allstars- a Grammy nominated, 3-time Bonnaroo fixture that crafts what Rolling Stone calls,

Oakley has announced the introduction of Thump

Queens Of The Stone Age has confirmed details of its highly anticipated third album for Interscope. “Lullabies To Paralyze” will arrive March 22, although group member Troy Van Leeuwen admits on QOTSA’s official Web site that “songs are still being recorded as we speak. I know March may seem far off (to me anyway), but when the creative engine is chugging at full steam, it’s hard to stop.”

The group just wrapped a late-arriving song titled “The Fun Machine Took a Sh*t and Died,” which benefited from a host of guest appearances. “The session started out relatively normal, but then took a turn for the bizarre, once longtime friends Dean Ween, Chris Goss and Jesse ‘The Devil’ Hughes scarred this song with their musical branding irons.”

Ween and Goss appeared on QOTSA’s last album, “Songs for the Deaf,” while Hughes is a member of Queens leader Josh Homme’s side band, the Eagles Of Death Metal. The new set is also tipped to feature guest appearances from the Distillers’ Brody Dalle and Garbage’s Shirley Manson.

Homme has been flanked in the studio by multi-instrumentalist Van Leeuwen, drummer Joey Castillo, guitarist Dave Catching and bassist Alain Johannes, the latter of whom is filling the bass slot left empty after the departure of Nick Oliveri earlier this year.

The new album will be the follow-up to 2002’s “Songs for the Deaf,” which peaked at No. 17 on The Billboard 200 and has sold more than 909,000 copies in the United States, according to Nielsen SoundScan.

The Pharcyde Returns With U.S. Tour

It’s been more than a decade since The Pharcyde’s groundbreaking debut, Bizarre Ride II The Pharcyde, was released, but the group is still going strong – minus a couple members.

Founding members Romye “Booty Brown” Robinson and Imani Wilcox are keeping the name alive and touring the U.S. in December. The rappers just got back from Australia, where they rocked clubs across the continent with a DJ, live drummer and keyboardist on stage.

The group’s other original members – Slim Kid Tre and Fatlip – have been gone for years, but Robinson and Wilcox have soldiered on, most recently with Humboldt Beginnings. The album was released earlier this year on the duo’s independent label, Chapter 1.

The Pharcyde headlined a U.S. run this spring, and spent the summer doing shows with the likes of The X-Ecutioners and Ghostface.

The solo careers of Fatlip and Tre have been erratic, although the two appeared together on a Mya track last year. Superproducer Pharrell Williams of the Neptunes reportedly tried unsuccessfully to get all four members back together for his Star Trak label.