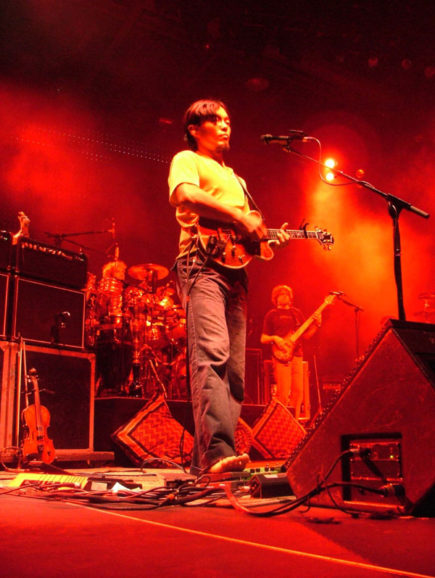 Photos by Scott Meivogel of The String Cheese Incident at The UIC Pavilion, Chicago, IL – October 30, 2004 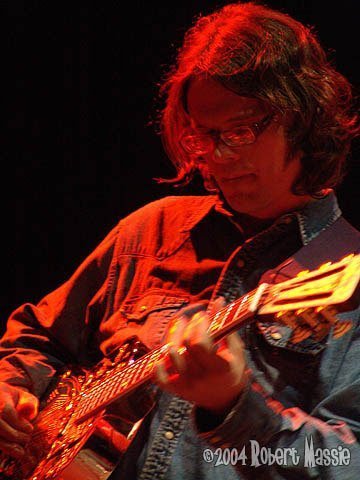 Just like their namesake, a fictitious plant that’s hard to describe,
so is labeling Punsapaya

Rapper Ol’ Dirty Bastard, who lived a life as wild as his lyrics, collapsed and died inside a recording studio today (Nov. 13). He was 35. The artist, whose real name was Russell Jones, had complained of chest pains before collapsing at the Manhattan studio, according to a statement from his label, Roc-A-Fella Records.

Jones, who was also known variously as Dirt McGirt or Big Baby Jesus, was a founding member of iconic hip-hop collective Wu-Tang Clan in the early 1990s. With his offbeat, unorthodox delivery, he segued into a successful solo career and released several hit singles, including 1999’s “Got Your Money.”

But he was frequently in trouble with the law, mostly for drug possession. In February 1998, he crashed the stage at the Grammy Awards and hijacked a microphone from singer Shawn Colvin as she accepted an award, apparently upset over losing the best rap album Grammy to Puff Daddy. Later that year, he was wounded in a shooting during a robbery in his apartment.

In 2001 he was sentenced to two to four years in prison for drug possession plus two concurrent years for escaping from a rehab clinic. He was released in 2003 and immediately signed with Roc-A-Fella, for which he’d been at work on a new album.

ODB would have turned 36 on Monday. “To the public he was known as Ol’ Dirty Bastard but to me he was known as Rusty,” his mother, Cherry Jones, said in a statement. “The kindest most generous soul on earth. I appreciate all of the support and prayers that I have received. Russell was more then a rapper he was a loving father, brother, uncle and most of all son.”

“All of us in the Roc-A-Fella family are shocked and saddened by the sudden and tragic death of our brother and friend, Russell Jones, Ol’ Dirty Bastard,” said Roc-A-Fella CEO Damon Dash. “Russell inspired all of us with his spirit, wit and tremendous heart. He will be missed dearly, and our thoughts, prayers and deepest condolences go out to his wonderful family. The world has lost a great talent, but we mourn the loss of our friend.”

The Wu-Tang Clan reactivated this summer for its first show with all of its principal members in 10 years. Several of them, including ODB, appear on the soundtrack to “Blade: Trinity,” due Nov. 23 via New Line Records. The group is also the subject of the book “The Wu-Tang Manual,” which is in production via Riverhead.

For 16 years, Haynes has coordinated the Warren Haynes Annual Christmas Jam. Like a family reunion, the annual, one-of-a-kind, semi-structured marathon of music brings together old friends on stage and in the audience at the Civic Center Arena in Asheville, N.C.

This year the event will be held again at the Asheville Civic Center Arena, Saturday, December 18 at 7:00PM. WNCW’s Pre-Jam Jam Broadcast Live from the Orange Peel is on Friday, December, 17.

Haynes, who will open the evening with a brief solo performance, will perform with his band Gov’t Mule, and, of course, join many of the artists for spontaneous collaborations. But the impact goes far beyond the entertainment.

The first vending machines to sell music downloads are to be introduced in London next month as Britons continue to turn their backs on traditional methods of buying singles.

Customers will be able to download a single for about one pound onto a mobile phone or personal music player and the company launching the project said on Monday they hoped to initially offer two million songs.

In October the chart compilers said they recorded the worst ever sales for a song reaching number one — just over 23,000 — compared to sales of hundreds of thousands in the 1980s and 90s.

Inspired Broadcast Networks will open two music kiosks in Waterloo and King’s Cross stations next month and plan to have up to 20,000 others in high-street shops, service stations and pubs by the end of 2005.

In response, the Charts Company started to produce its own download chart to reflect the growth in the market and is now planning to merge the two.