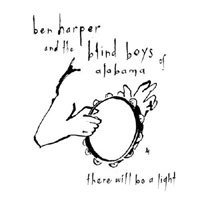 Ben Harper and the Blind Boys of Alabama: There Will Be A Light

A truly excellent album, There Will Be A Light does justice to the Blind Boys 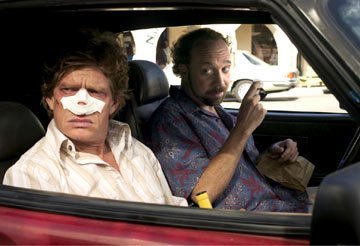 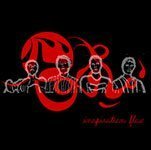 Franz Ferdinand bassist Bob Hardy has been hospitalised in Japan

We are sad to report that a note posted on the official AGP website indicates that bassist John Hall has passed away after battling cancer for the past year and a half.

Our thoughts are with the Hall family, friends and the entire Addison Groove Project community at this time.

To share memories, stories or comments about John, or to read the note from the band, please visit addisongrooveproject.com

While Tony Iommi has released albums under his own name before, he has never toured outside of Black Sabbath. This should change next year, after the guitarist issues a new album with ex-Deep Purple vocalist/bassist Glenn Hughes.

“Glenn’s a true professional, and he’s very energetic,” says Iommi, who plans to tour with Hughes stateside. “He comes up with stuff instantly.”

Iommi and Hughes both hail from northern England, and they’ve crossed paths many times as members of Sabbath and Purple (most notably at the mammoth 1974 Cal Jam festival). Hughes briefly joined Sabbath in 1986, singing on Seventh Star and fronting the band for a handful of shows before abruptly exiting. A decade later, Iommi and Hughes recorded a collection of songs that were shelved when Iommi reunited with the original Sabbath lineup. This past September, the tracks were finally issued as The 1996 DEP Sessions.

The album’s release rekindled the veteran rockers’ desire to work together, and they — along with ex-John Mellencamp drummer Kenny Aronoff — are currently working on new songs in England. They plan to enter a recording studio around Christmas, and release the new album next year on Sanctuary Records.

Compared to the melodic DEP Sessions, the new material is “more riff-oriented,” explains Iommi. He also promises that, like its impromptu predecessor, the songs will “come together very, very quick.”

As for Black Sabbath’s long-rumored follow-up to 1978’s aptlytitled Never Say Die, Iommi is holding out hope for regrouping in the studio with Ozzy Osbourne and Co. “I’d like to think that we’ll be doing another album,” he says. “With Sabbath, things just happen. We weren’t supposed to be doing the last Ozzfest, but we did.”

British rock quintet GOMEZ have confirmed a five-city, ten-date tour of the western U.S. in January 2005. The run will feature three performances in San Francisco; two each in the San Diego area, San Francisco and Boulder, CO; and one concluding show in Colorado Springs, CO. See below for a complete list of tour dates.

Gomez, whose 1998 debut BRING IT ON won the U.K.’s prestigious Mercury Music Prize, released their fourth LP SPLIT THE DIFFERENCE through Virgin Records in May. (The band and label have since parted ways.) The group enjoyed a breakthrough year in the U.S. on the strength of the album, which was produced by Tchad Blake (Neil Finn, Soul Coughing, Phish). Gomez performed at the Bonnaroo Music Festival in June and headlined a successful five-week summer tour in July and August. They also appeared on CBS’s The Late Late Show and NBC’s Last Call with Carson Daly.

Rolling Stone said of SPLIT THE DIFFERENCE, “Gomez pour on the punch that makes their live shows such a gas. The fuzz ‘n’ swing in ‘Do One’ proves that Gomez are a better rock band than they’ve been willing to admit.” The New York Times raved, “‘We Don’t Know Where We’re Going’ illustrates its title with a Ping-Pong stereo introduction, amazing on headphones, played on acoustic guitars so rhythmically perfect some listeners will have seizures… If only all stupid rock music could be this intelligent.”

Iggy and the Stooges, the Black Keys and Pete Yorn are among the artists who have contributed tracks to a forthcoming tribute to Junior Kimbrough. The independent Fat Possum label will release “Sunday Nights: The Songs of Junior Kimbrough” Jan. 17, the exact six year anniversary of the death of the blues guitar great.

“Sunday Nights” includes 14 songs, including two takes of “You Better Run” recorded in the spring by founding Stooges members Iggy Pop (vocals), Ron Asheton (guitar) and Scott Asheton (drums), with punk rock icon Mike Watt standing in for late bassist Dave Alexander. The set will mark the first release by this lineup of the band, which has toured the United States twice since early 2003.

“Here is the “Sunday Nights: The Songs of Junior Kimbrough” track list:

The world’s biggest consumer electronics maker aims to reclaim the market for portable and personal music devices, which it helped to launch 25 years ago with its first Walkman.

The new hard disk player is the successor of Sony’s first hard disk Walkman, which it introduced this summer but which can play back only music compressed with Sony’s proprietary Atrac software. Atrac is the format Sony uses on its Internet music shop Connect, which opened in Europe this summer.

Putting MP3 playback capability in the new Sony Walkman NW-HD3 means consumers can directly import and export tracks in the MP3 format, which is more popular than Atrac.

Sony Europe President Chris Deering said the new Walkman was important to the success of Connect, whose performance to date he described as “not an entrenched recognizable service.”

Sony has sold 340 million Walkman devices over the past 25 years, including models based on compact disks and on minidisks.

Mutually exclusive
Consumers who buy songs at iTunes Music Store cannot play these back on a Sony network Walkman, and Connect customers cannot play back songs on an iPod. Microsoft also uses a proprietary compression format on its Internet music store, open only to consumers who own Windows Media-enabled devices.

But Sony says the device comes in five colors, plays 2.5 times longer on one battery charge than iPod’s 12 hours and can contain 10,000 to 13,000 songs, at least twice as many as an iPod because of Atrac’s better compression technology.

Sony President Kunitake Ando said this summer, at the launch of the new Walkman, that he was determined to take the spotlight in the market for portable music players away from iPod.

“I don’t know if we can take this market back in a year … But this launch is our message that we will work hard to put an end to the dominance by just one company,” Ando said.