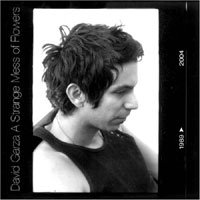 Noticeably absent from the Austin-based singer-songwriter 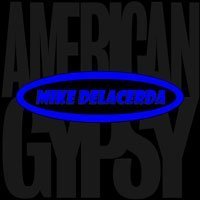 New Orleans blues guitarist, Mike DeLaCerda, has spent much of his career behind the scenes. For years he ran sound and performed roadie functions for such greats as Stevie Ray Vaughn and B.B. King. But Mike didn

Soul legend James Brown has been diagnosed with prostate cancer. In a statement released this morning, said that he will undergo surgery for the ailment on Wednesday.

“I have overcome a lot of things in my life. I will overcome this as well,” Brown said.

Brown is also a diabetic. Dubbed “the hardest working man in show business,” he just finished a two-week Canadian tour last night. The artist is expected to spend three weeks recovering from the procedure.

Earlier this year, Brown faced other troubles when he was charged with domestic abuse after an altercation with his wife. The allegation was resolved when he failed to contest the charge.

Brown is due to release an autobiography next month. Besides promoting the project with a slew of appearances, he still plans a tour of Asia and Australia early next year.

Snoop Dogg will star in and executive produce a feature based on his real-life experience of coaching his son’s youth football team. 20th Century Fox beat out several bidders, including Sony and Paramount, paying $1 million for the pitch titled “Coach Snoop.”

“This film is about how I learned to be a good father through coaching,” Snoop Dogg said. “It’s also about life lessons learned on and off the field. But most importantly during the football season, if you aren’t wearing a helmet, get the f*** away from me. Football first; everything else second.”

“I’m just really excited to work with Snoop,” says producer Todd Lieberman. “I have been a fan for a long time, and this is actually based on his life and a very inspirational story, so I can’t wait to get into it. It’s the story of what Snoop did himself. In his real life as in the movie, like any regular overworked father, he put aside his whole career to coach his kid’s football team. They won 13 straight games and won the Super Bowl.”

Mark Gibson and Philip Halprin are penning the project. Their prior credits include “Snow Dogs” and “The Wild.”

Soon after Damageplan began playing at the Alrosa Villa nightclub, the gunman, identified as twenty-five-year-old Nathan Gale of nearby Marysville, charged the stage, shot Abbott several times at close range and then began firing into the crowd of 450. Three others were killed before thirty-one-year-old patrol officer James D. Niggemeyer, who had entered the club through the back door, fatally shot Gale.

The others killed were identified as fan Nathan Bray, 23, Erin Halk, 29, and Jeff Thompson, 40. Halk and Thompson’s reasons for attending the show have not been confirmed, but Thompson was likely a security guard for the band. Two wounded individuals are currently at Riverside Methodist Hospital and have not yet been identified. In addition to Abbott, 38, Damageplan includes singer Patrick Lachman, bassist Bob Zilla and Abbott’s brother, ex-Pantera drummer Vinnie Paul.

Gale was an employee for a temp agency who was on medication for mental-health issues. Brandy Brown, the bartender at a local bar Gale frequented described him as “a hermit kind of guy. I think he lived with his mom.” Lucas Bender — the owner of Bear’s Den Tattoo Studio, which Gale frequented constantly in past weeks — said of the young man, “He kind of gave everyone a weird impression — you know how some people just seem disturbed? . . . After he would leave, my friends and I would all talk and say, ‘Gosh, what’s wrong with that guy?” Gale was discharged from the Marines in November 2003 after less than two of the typical four years of service.

Gale also alarmed Alrosa Villa workers before the gig. “He was hanging around trying to get in,” manager Rick Cantella says. “We told him . . . that he had to pay to get in like anyone else. One of my loaders told him to leave . . . He was hanging around trying to talk to the members of the band, and he was shooed away.” Just before the show, Gale jumped an eight-foot fence to get inside, and headed straight for the stage. “There were guys chasing him as soon as he got in,” explains Cantella, “not because [they saw] he had a gun, but because he jumped this fence and didn’t pay.”

During the gunfire, a local nurse in the audience, twenty-eight-year-old Mindy Reece, stepped in to aid Abbott. “The one thing that stands out in my mind was I could see Vinnie [Paul] stand up from behind the drums and look down…He had this look on his face like, ‘Oh my fucking God.'” says Reece, a Pantera fan since the age of thirteen. With the help of another audience member, she performed CPR on Abbott for several minutes until the paramedics arrived. “I kept saying, ‘Dimebag, come on, come on please, stay with me,'” she recalls. “It was bad . . . There was blood on the floor.”

“The motive is very unclear,” says Sherry Mercurio, a Columbus police department spokesperson. “Right now, we’re trying to piece together statements, which may take some time.” Approximately 250 of the audience members are still being questioned by police. Amateur video was also shot during the show, but investigators have not yet determined whether any of the incident was caught on tape. There have been previous incidents of violence at or outside the Alonsa Villa, including a parking-lot shooting as recently as January of last year.