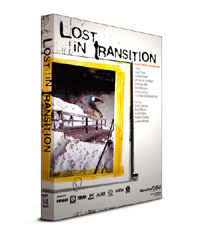 Lost In Transition: A 16mm Snowboard flick by Standard Films

Its an indie-film revival period with corporate sponsors, and this hybrid release by Standard Films and a few young, talented editors is a perfect example. Maybe I just expect every ski film to be a Warren Miller film, but Lost In Transition has hot, killer footage, with no substance. 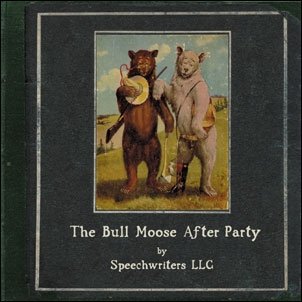 Throughout the Bull Moose After Party, Speechwriters LLC redefine their sound. They redefined it from song to song with chords and melodies, rather than from album to album with haircuts and a well-timed personality implant. They have fun with variety in Bull Moose, showing many sides of what they can do. And I for one can

The awards — the most prestigious in the blues business — will be presented May 5 at the Cook Convention Center in Memphis. Blues Foundation members vote on the winners.

Josh Rouse will release his fifth album, Nashville, next March. Named for Nebraska-born Rouse’s adopted hometown (where the set was crafted), the upcoming disc was recorded by Brad Jones, who also produced the singer-songwriter’s acclaimed 2003 disc, 1972.
Rouse is proud of the simplicity of the record’s sound. “It’s the sound of a band in a room, and it’s quite nice, actually,” he says. And while other artists are clamoring to claim new territory, Rouse is happy to mine the same terrain, acknowledging similarities between the new record and its predecessor. “It’s exactly the same,” he says with perfect confidence. “Why would we change anything?”

Tracks will include “It’s the Nighttime,” which Rouse calls “a hooky tune with pedal steel and Fleetwood Mac keyboards,” and “Winter in the Hamptons,” which Rouse cites as “Smiths-ish, with more hooks.” But the artist counts “My Love Has Gone” as his pick of the new set. “It’s my favorite,” he confesses. “It just has a great swing.”

Rouse will launch a stateside tour in support of Nashville next spring, before heading to Europe.

An autopsy of rapper Ol’ Dirty Bastard reveals his death by heart attack was due to “intoxication by the combined effects of cocaine and [the painkiller] Tramadol,” according to Grace Burgess, a spokeswoman for the New York City medical examiner’s office.
Born Russell Jones, O.D.B. died on November 13th after collapsing suddenly in a New York recording studio just days short of his thirty-sixth birthday.

The wild card of the nine-man Wu-Tang Clan, at the time of his death, O.D.B. had completed a two-year prison sentence for a drug possesion and had been working towards his fourth solo album and Roc-A-Fella Records debut. Osirus, an album recorded during the rapper’s last six months, will be released January 4th on JC Records, a label recently formed by his mother Cherry Jones and manager Jarred Weisfeld. A reality TV show, Stuck On Dirty, which wrapped filming in the weeks before O.D.B.’s death, will debut on Spike TV in early 2005.