As bassist for 80s garage post punkers, The Replacements, Tommy Stinson helped forge the path for everyone from Wilco to Nirvana. Now he’s busy once again, this time with Guns ‘N Roses and another solo album – Village Gorilla Head 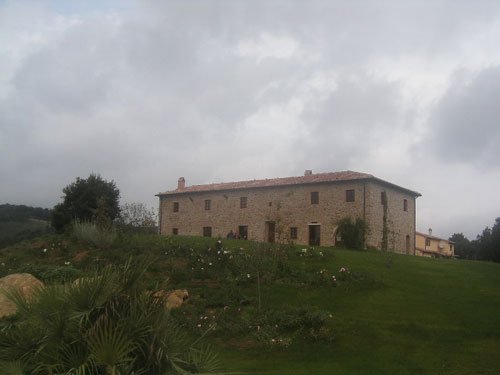 Mountain Biking: Under The Tuscan Sun

Mountain biking in Tuscany is unsurpassed – with narrow lanes, abandoned villas and centuries-old church ruins overgrown with grapevines. And after a day of riding, nothing tastes better than a fresh meal and an excellent bottle of village wine.

Coldplay and Nine Inch Nails will headline the sixth Coachella Valley Music & Arts Festival, to be held April 30-May 1 at the Empire Polo Field in Indio, Calif. The fest will also feature reunion performances by pioneering rock acts Gang Of Four, the Cocteau Twins and Bauhaus, as well as the first live appearance since late 2002 from Weezer.

Beyond Nine Inch Nails, New Order, Bright Eyes, the Prodigy, Roni Size, the Faint and the rarely reunited hip-hop duo Black Star (Mos Def and Talib Kweli) are the top attractions on day two. The Arcade Fire, Junkie XL, the Bravery, the Futureheads, Matmos, Kasabian, Autolux and the Fiery Furnaces will also be on hand.

Tickets for Coachella will go on sale Saturday (Feb. 5) via Ticketmaster.

In other news, Reed has unveiled plans for a 21-date European tour, kicking off April 14 in Oporto, Portugal, and wrapping May 13 in Helsinki. The artist has also split with longtime label Reprise and signed a worldwide recording deal with Sanctuary. His final release for Reprise was the 2004 live set “Animal Serenade,” which featured material from his 2003 Edgar Allen Poe-inspired studio album “The Raven.”

The second annual Virgin College Mega Tour (VCMT) will feature Cake as the headliner, with support from British rock quintet Gomez, Billboard.com has learned. The trek is set to begin in early April, with an official announcement expected on Monday (Jan. 31).

Presented by Dentyne Fire & Dentyne Ice, the 20-market tour also feature a daytime village on college campuses that will include an “emerging artist” stage, karaoke booth, contest give-a-ways and the latest games, new product demonstrations and gadgets for the college market.

Last year’s inaugural tour boasted Michelle Branch in the headline spot, with support from Rooney and Joe Firstman, as well as Gavin DeGraw on select dates.

On Monday, Cake will begin a European tour in Dublin that will end Feb. 15 in Tourcoing, France. The band is supporting its latest Columbia album, “Pressure Chief,” which debuted in October at No. 17 on The Billboard 200.

Gomez has just two other dates on its schedule: tomorrow (Jan. 29) in London and March 28 at the East Coast Blues & Roots Music Festival in Byron Bay, Australia. The band’s last Hut/Virgin album, “Split the Difference,” opened in June at No. 11 on Billboard’s Top Heatseekers tally. 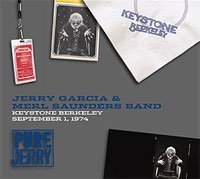 If you liked the official Live From the Keystone albums, do yourself a favor and pick this one up.

Classic rock trio Cream is reuniting for a four-show run at London’s Royal Albert Hall this spring. The May 2-3, 5-6 shows will constitute guitarist Eric Clapton, bassist Jack Bruce and drummer Ginger Baker’s first on-stage appearances together since Cream’s 1993 induction into the Rock and Roll Hall of Fame.

Tickets for the run will go on sale Monday (Jan. 31). Cream’s final shows were held at Albert Hall in 1968.

“Live, Cream was a great, hardworking band — Eric was supreme and Ginger the most musical drummer alive — and those original live albums were very good, probably the best records of their kind up to that point,” Bruce told Billboard in 1997, prior to the release of the boxed set “Those Were the Days.” “But our studio recordings were probably more important, although there you can tell that each one of us had a different idea of what Cream should be.”

Clapton is up for two Grammys at the 47th annual ceremony on Feb. 13: best traditional blues album for his Duck/Reprise set “Me and Mr. Johnson,” and best pop collaboration with vocals for his rendition of the Beatles’ “Something” with Paul McCartney, released on the live album “Concert for George.”

Wilco, Franz Ferdinand, Hot Hot Heat and Interpol are among the artists that have contributed rare or previously unreleased tracks to a double-disc compilation that will raise funds for Asian tsunami relief.

The 26-track set sprang from a partnership with Filter magazine and Urban Outfitters, which will on Feb. 28 begin exclusively selling the album at its retail outlets and Web site. The UNICEF Tsunami Relief Fund will receive 100% of the proceeds from sales of the collection.

Live tracks have been turned in by Wilco (“Jesus, Etc.”), My Morning Jacket (“The Bear”), the Futureheads (“Piece of Crap”) and French Kicks (“The Trial of the Century”), while the Queens Of The Stone Age track “Hangin’ Tree” is presented in an early version recorded as part of the Desert Sessions series.

Here is the track list for the Urban Outfitters CD: 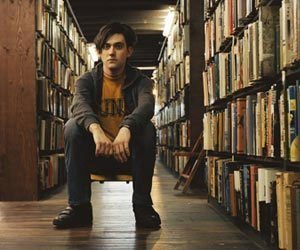 In the beginning stages of a lengthy three-month tour that stretches from Toronto to Australia, Oberst and his band took the stage following openers Coco Rosie and Tilly and the Wall. Representing his great record label, Saddle Creek, and backed by a six-person band of relatively fresh faced musicians, Bright Eyes appeared as a band of “gifted kids.”

Although Phish is only a memory, group members Trey Anastasio and Mike Gordon have signed on for separate appearances at the fourth Bonnaroo festival, to be held June 10-12 in Manchester, Tenn. Anastasio and his solo band will perform what is billed as a “very special late night show” on a date to be announced, while Gordon will play a set with New York improvisational act the Benevento/Russo Duo.

Other newly confirmed additions to the Bonnaroo lineup are Mouse On Mars, Tea Leaf Green and the Old Crow Medicine Show. Organizers promise additional “major acts” to be added in the weeks ahead.

This year’s on-sale is a month earlier than the three previous years, which organizers say is a reaction to market conditions. “We felt this would be a year to get out there early,” says Jonathan Mayers of promoter Superfly Presents.

Want to use this article? Click here for options!
Copyright 2004 Billboard