Southern Bitch: Snake in the Grass

Conjuring memories that land somewhere between Alice Cooper and The Cult, I 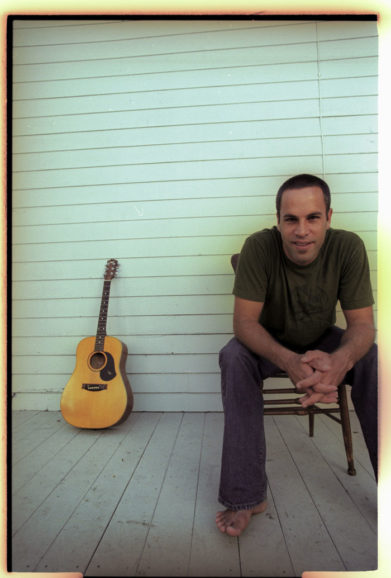 Drive-By Trucker Patterson Hood and wife Rebecca celebrated the arrival of a youngin’ in Athens, Georgia. Little Ava Ruth Hood weighed 7 lbs 11 oz when she greeted her proud parents in St. Mary’s Hospital at 11:20pm. Stop by Patterson’s website pattersonhood.com to take a listen to a rough demo of a tribute to Ava Ruth entitled “Granddaddy” that’s slated to appear on Hood’s forthcoming solo release.

The Grateful Dead’s Mickey Hart and Particle, a pioneering electronic/jam-rock band, have come together to form HYDRA.

The new group will launch a 14-date tour debuting their innovative sound nationwide, beginning April 7 in Santa Cruz, Calif. and ending on April 24 in Washington, DC. Stops include The Fillmore in San Francisco, Henry Fonda Theatre in Los Angeles, and New York’s Roseland Ballroom while wrapping it’s way around the country.

This union marks the first time Hart has joined an existing act to create a new unit. Of the venture he explains, “Hydra is about extreme music. Extreme music for extreme people. I need it!” Equally as excited about the collaboration, the members of Particle describe, “Hydra’s sound is a departure from anything we’ve ever done before. It’s a whole new breed of sonic exploration.” Concertgoers can expect to hear original material such as “Heart Of The Hydra”, “Creature of Comfort” and “The Glow” as well as a sampling of Particle songs, and a dose from Hart’s catalogue, including the possibility of fresh takes on Grateful Dead classics.

Mickey Hart is a Grammy award winner and a Rock & Roll Hall of Fame inductee. His near 40 years with the Dead plus myriad of world music projects have brought a heightened awareness to the role of the drum in global cultures. As half the percussion tandem known as the Rhythm Devils, Mickey transcended the conventions of rock drumming.

Particle has enjoyed a whirlwind career trajectory since forming in 2000. The instrumental quartet’s signature “funktronic” blend has earned them a core audience of adventurous music fans dubbed “Particle People”. Highlight performances include Coachella, Bonnaroo, Burning Man,Austin City Limits Festival, and recent shows in Japan and Europe. Particle was recently hailed as one of pop’s “New Faces” by Rolling Stone and their debut album Launchpad garnered critical praise and was named one of 2004’s Top Ten Records by the Associated Press.

She told the audience: “If you told us a year ago we would be getting these awards today we would have called you crazy. You guys made our dream come true.”

This month, an enterprising group of Perpetual Groove fans will debut their new fan-organized and fan-run charity group, “Antidote.” Antidote is a fellowship of fans inspired by the music of Perpetual Groove and taking aim at providing resource relief – be it shelter, clothing, food, etc. – in communities that support the band and to those unable to provide for themselves.

Perpetual Groove not only served as the muse of the group and their name (Antidote is pulled from the crowd-pleasing title track on the band’s first album with Harmonized Records, “Sweet Oblivious Antidote”) but has also provided their support in organization of their inaugural benefit. On February 25th, 2005 at The Georgia Theatre, Antidote will put their inspiration to action by asking fellow fans and the community of Athens, Georgia to donate non-perishable food items, blankets and coats for The Food Bank of Northeast Georgia, who in turn will distribute locally to those in need.

In Clarke County, the Georgia community housing Athens and The University of Georgia, 26% of all residents live in poverty! Antidote chose The Georgia Theatre to host their inaugural drive in appreciation to the support always shown by the crowd and in recognition of the elevated performances of the Perpetual Groove at the venue. PGroove’s February 25th show at The Georgia Theatre marks a homecoming of sorts for the band as it will be their first show back in Georgia since their sell out performance on New Year’s Eve.